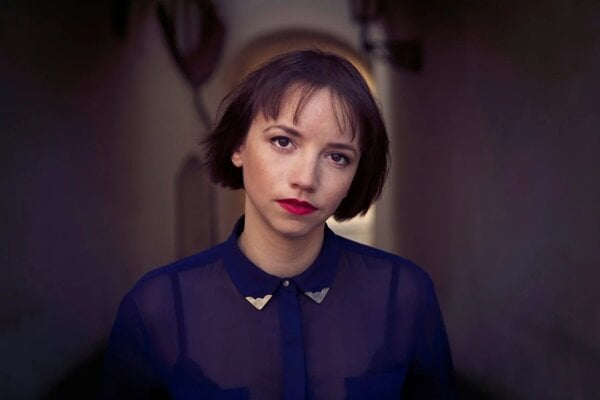 Her movie Svetlonoc (Nightsiren) won the Contemporary Cinema section at the festival in Locarno, Switzerland. The Slovak audience will be able to see the movie soon. In her film about witches, director TEREZA NVOTOVÁ explores several sensitive themes, such as violence in the family, voluntary childlessness, and conspiracies.

"When someone changes their mind - maybe because they realize something - they become inconsistent in the eyes of others, if not a moron. It's a terrible mistake. When we do not allow ourselves to change and develop, we close off the chance for those who have been labeled idiots, but who could perhaps still change and grow in a good direction," she says.

Do you think that even in the 21st century someone would accuse a woman of witchcraft?

Yes. Actually, it happened. In 2001, a man killed a woman in Slovakia because he believed she was a witch.

I don't think she was his wife. Based on the anthropological research used in the development of the movie, it usually doesn't work like this in a closed community that such a close person is accused. Either a neighbor is blamed or someone who may be envied, whom others think has a motive to harm someone. Gossip and slander only reinforce these ideas.

The character of the witch Otyla, an important part of the movie, was inspired by a real person.

Yes, I have her picture on the mirror at home. When I'm getting ready, I look at her and always tell myself that all our beauty requirements are actually stupid. She lived alone in the mountains and had to take care of herself. 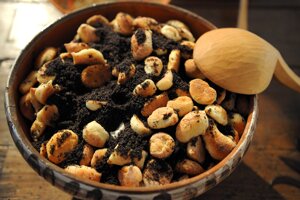 A woman who lived in a wooden house that my father bought with his high school classmates. I didn't know her and even he met her maybe once. There used to be a smaller settlement with several wooden houses where she lived. People raised animals there. But then they decided to move their houses down to the village, leaving her at the settlement. She wanted nothing to do with the village. It's said that she walked barefoot and gradually became an oddball, later taken to a psychiatric hospital. I didn't learn more, you simply don't talk about such things. Her story inspired us a lot and was actually behind the movie.

Even though it contains cultural elements difficult to transfer, your movie was well received by foreign audiences. What kind of reception do you expect from the domestic audience and critics?

In my opinion, a worse reception, because the biggest criticism is at home. However, I'm ready, because it's a movie that will antagonize our society. I also expect some people to get angry, because they'll feel that we're portraying Slovaks like morons and that we'll look terrible abroad. However, that wasn't the intention. It was created for us, our society, so that we could see each other.

What the movie depicts is not very pretty. Violence, beating children, and sexual assaults are shown as a big part of our culture. Have we really moved nowhere?