Matovič to face a no confidence vote next week

Even after leaving the ruling coalition, SaS is not giving up on its main demand. Fico surprises people by saying he will uphold Matovič. 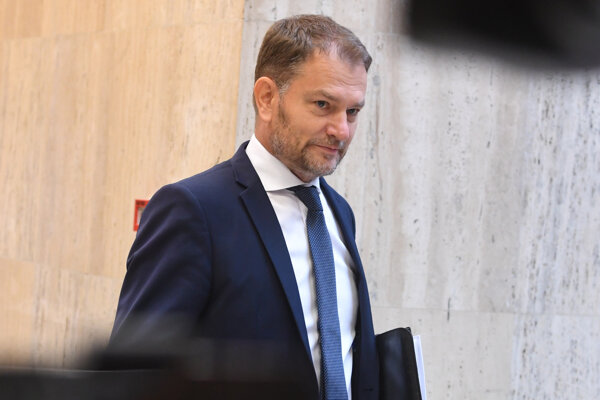 Sources from SaS and another opposition grouping, Hlas, confirmed to the Sme daily that they were both going to sign the proposal to hold a no-confidence vote on Matovič. The signatures of 30 MPs are required for the initiative to be admissible. SaS now has 21 MPs, while Hlas, composed of Smer renegades led by former prime minister Peter Pellegrini, controls 11 seats.

Hlas is exchanging its support for the SaS initiative against Matovič for guarantees that SaS will in turn support the constitutional amendment on conditions for early elections.

"A few more statements and statuses by Igor Matovič, and even the sane MPs of the coalition will realise that this person must not be a cabinet member," head of the SaS caucus Anna Zemanová said last week, as quoted by the Sme daily. The vain attempts to open the September session of the parliament last week, and the opposition-initiated no-confidence vote on OĽaNO-backed Interior Minister Roman Mikulec, were accompanied with the continued conflict between Matovič and Sulík, including the expressive comments of the finance minister.

Fico will not go against Matovič