Weekend: One of the best pralines comes from Slovakia

Another dose of top 10 Bratislava events. Search for meteorite pieces. 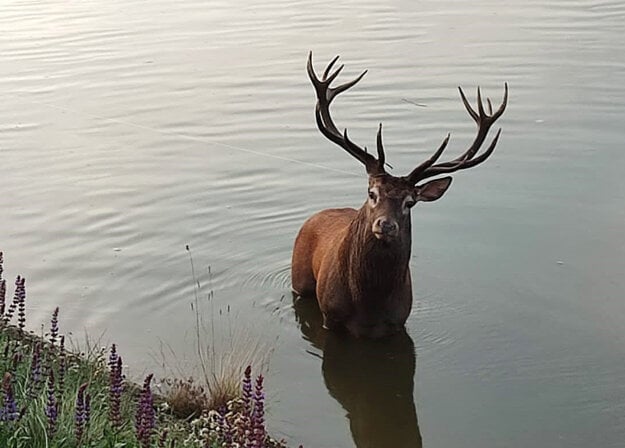 Last Saturday, September 17, fire fighters in Trenčín saved a stag from a canal which is part of the River Váh. The male deer could not jump out of the water due to the steep concrete slope of the riverbed. (Source: TASR)

Slovak praline named one of the world’s best

Chocolatier Zuzana Varga’s passion fruit bonbons have been awarded three stars at the Great Taste Awards 2022, becoming one the most delicious pralines in the world.

Great Taste, sometimes referred to as the ‘Oscars’ of the food world, brings together several hundreds of chefs, food writers and other experts to test thousands of food products every year, but only a few hundreds receive one, two or three stars.

Last year, the Slovak Hungarian was awarded one star for her Zsutella for the first time. Her blackcurrant bonbons obtained two stars.

Varga’s company and store, Zax, is based in Komárno, a town by the Danube located just a few metres away from the Hungarian border. 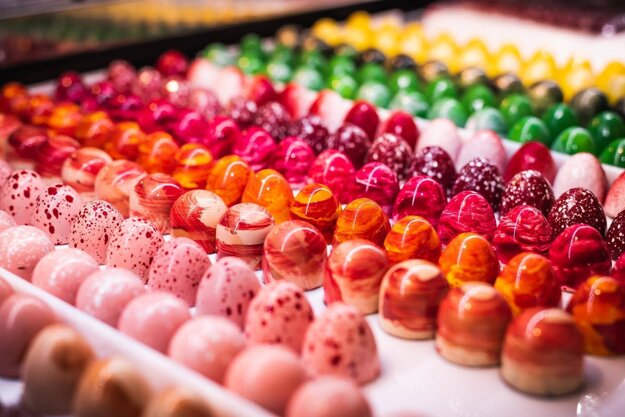 Fashion of the past that continues to wow

The Western Slovakian Museum in Trnava has opened a new exhibition, ‘The Beauty of Folk Clothing’, to showcase the tradition of lace making in western Slovakia.

Men’s and women’s costumes are presented. Their decorativeness is rich not only in embroidery, but also in lace. Lace making is not a technique unique to Slovakia. However, lace making with five archaic bobbins rounded on one end, known as ‘babky’ in Slovak, is.

The way of this specific lace making was documented only in several villages of western Slovakia, such as Krakovany and Trebatice.

The costumes are on display until January 15. 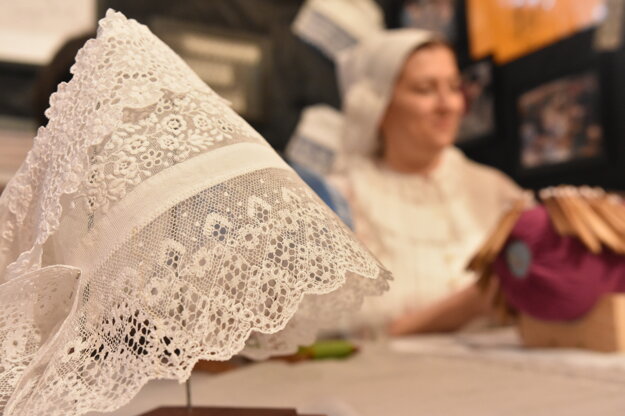 A lace hat with a pattern typical for the village of Krajné, Trenčín Region. (Source: TASR - Martin Palkovič)

Mall: The shopping mall Nivy in Bratislava celebrates its first birthday. Concerts and competitions will be held throughout this weekend in the mall. A farmers’ market and wine and exotic fruit tasting will also take place at the mall’s market.

Market: Dobrý Trh (Good Market) will be held on September 24 on Jakubovo Square, Panenská Street and the Old Market Hall. 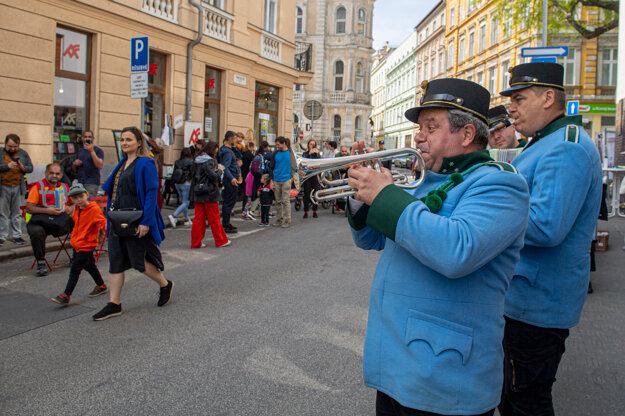 Foreigners: The [fjúžn] festival, which brings the stories of foreigners in Slovakia to the fore, runs until September 25.

For more events that will take place in the coming days, check out the latest Top 10 events in Bratislava for foreigners.