Three out of ten Slovakia's foreigners work in Bratislava. 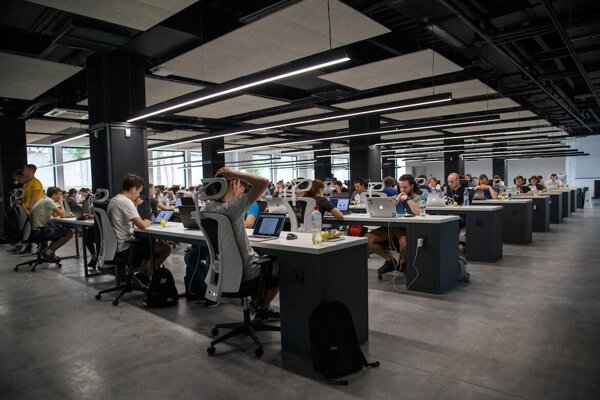 The number of foreigners living and working in Slovakia has slightly increased over August.

There were some 83,000 foreigners officially working in Slovakia, a country of approximately 5.4 million inhabitants according to the latest census.

The number of foreigners working in Slovakia is 1,700 more than in July this year. In a year-on-year perspective, the increase reached 14,200 more foreigners, according to data from the Central Office of Labor, Social Affairs and Family as cited by the SITA newswire.

The highest increase has been noted among Ukrainians, which make up the largest group of foreign employees.

Among EU citizens, Romanians topped the ranking, as 7,200 Romanians worked in Slovakia in August, followed by Czechs with 6,300 workers. There were also 5,500 Hungarian employees in Slovakia.

Most foreigners typically work in the Bratislava Region, specifically the capital city. Three out of ten foreigners working in Slovakia did so in Bratislava in August, totalling about 24,200 foreign employees.

In the Trnava Region, 5,400 foreign employees worked in August. The number of foreigners noticeably increased to 2,200 in the western-Slovak town of Malacky.

Conversely, only 21 foreign employees were recorded as officially working in the eastern-Slovak municipality of Medzilaborce in the Prešov Region.