The top 10 ranking of law firms dealing with M&A.

Related: Main category I M & A I Banking I Litigation I Real estate I IP I Labour law I Competition I Regulation I Commercial contracts I R & I I Methodology I Interview 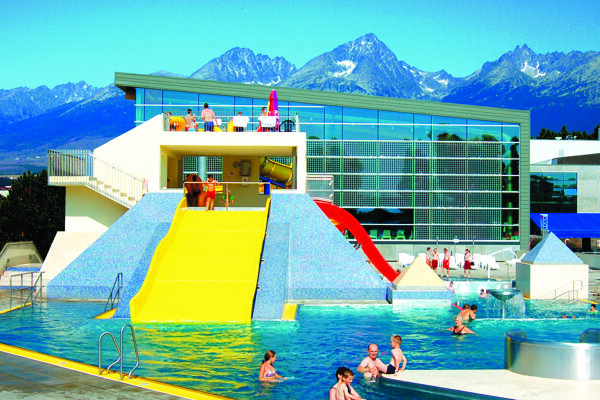 2022 has been a rich year for mergers and acquisitions. The largest law firms active in Slovakia in this field have provided to The Slovak Spectator and the Sme daily details of the biggest and most interesting deals that they have dealt with in the past 12 months.

The transactions included successful Slovak startups and financial firms, as well as a well-known Poprad-based water park, which acquired a new strategic investor.

From miners to a shopping centre

Slovak company GA Drilling became famous for its so-called plasma technology, which is used for deep drilling to access geothermal energy. In April 2022, it received a significant investment from US company Nabors Industries, a global oil and gas drilling contractor that owns the largest land drilling fleet in the world.

The American company says the investment has the potential to develop deep drilling and build geothermal power plants. The cooperation will also enable both parties to share engineering experience and integrate GA Drilling’s prototypes into real commercial devices that could be introduced into full-scale operation.

The Slovak company was advised on this important business step by the TaylorWessing e/n/w/c law firm, which ranks third in the M&A category of the latest Largest Law Firms ranking.

“The agreement will enable Nabors Industries to provide GA Drilling with an investment of $8 million,” said Juraj Frindrich, partner at TaylorWessing.

Lawyers from the same law firm were involved in another transaction – the joint acquisition of the Optima Shopping Mall in Košice, the largest shopping centre in eastern Slovakia. It was previously owned by the Dutch company Atrium, but changed hands in June 2022. The complex is now owned by Optima HoldCo, composed of two firms: SIRS Portfolio Fund and Cronos Optima. The latter was represented by TaylorWessing.

“The total acquisition costs amounted to €118 million, which represents the largest investment transaction in Slovakia so far in 2022,” said Frindrich.

The sale of Motor-Car

Just before summer, the car sales sector saw the acquisition of Motor-Car Group, which has 17 sales offices in Slovakia, Hungary and Czechia. The group was originally owned by German firm Wiesenthal Autohandels, and sells mostly Mercedes-Benz and Kia brand cars via Motor-Car. The buyer was legally advised by the PRK Partners law firm. Even though the firm did not specify the name of its client, other sources suggest it was the Swedish company Hedin Mobility Group, which is thus expanding into central and eastern Europe.

Jozef Tvardzík
Jozef Tvardzík has been editor of the Index business magazine since August 2019. He previously worked at Hospodárske Noviny, SME, and Trend.
Comments disabled
Send the article by email