The president is yet to ratify accession protocols. 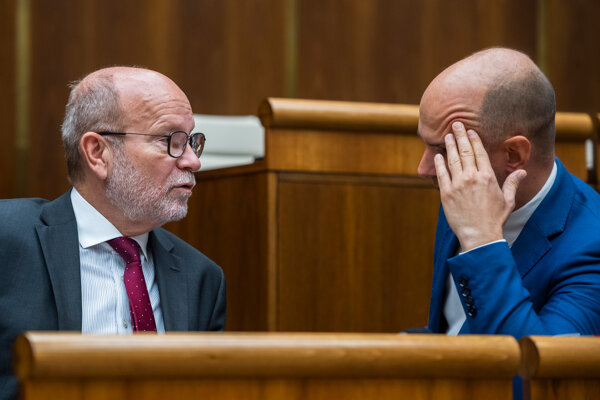 Parliament has approved Finland and Sweden joining NATO at its Tuesday session.

As many as 126 MPs of 143 present MPs voted for Finland’s accession to the Alliance. Regarding Sweden, 124 of 144 present MPs supported the country’s decision to join NATO on September 27.

Slovakia has been one of the last countries expected to back NATO membership for Finland and Sweden, which decided to join the Alliance following Russia’s invasion of Ukraine on February 24.

“Finland’s defence minister has asked me again when we are going to ratify Finland’s accession to NATO,” Slovak Defence Minister Jaroslav Naď (OĽaNO) posted on Facebook on September 23.

Only Slovakia, Turkey and Hungary remain, he added.

Rastislav Káčer
@RastislavKacer
The National Council of the Slovak Republic 🇸🇰 just approved accession of #Finland 🇫🇮 & #Sweden 🇸🇪 to #NATO. They will be a welcomed contribution to our collective defence & Slovak security and stability. Hope to see the ratification process completed soon. #WeAreNATO 🤝 https://t.co/4DAQHsNahl

The delay in the parliamentary vote, which has been criticised by Foreign Minister Rastislav Káčer, was caused by the coalition government crisis and summer holidays. The government managed to okay the ratification of protocols related to the accession of Finland and Sweden to NATO in July.

“They [Finland and Sweden] will be a welcomed contribution to our collective defence as well as Slovak security and stability,” the minister tweeted.

Naď and PM Eduard Heger (OĽaNO) also welcomed the news. The defence minister said the voting result is an important signal of Slovakia’s support for NATO.

President Zuzana Čaputová will now have to ratify the accession protocols as well.

Finland and Sweden will become the 31st and 32nd member states of the Alliance after all NATO countries ratify their entry. The last time NATO expanded was in 2020 when North Macedonia joined the Alliance.