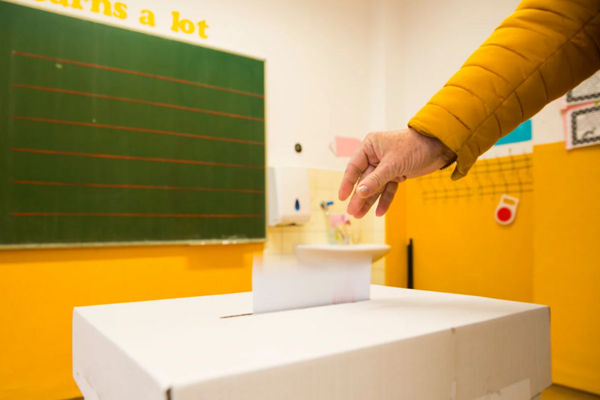 For the first time, the municipal and regional elections are taking place on the same day: Saturday, October 29. Polling stations will remain open from 7:00 until 20:00.

Foreigners with permanent residence in Slovakia are eligible to be elected and cast their votes, too.

Unlike the parliamentary and presidential elections, for which Slovak citizenship is a requirement, participation in municipal and regional elections is open to anyone registered as a permanently resident in Slovakia older than 18 years, including foreigners from any country.

During the elections, a voter can select one candidate for mayor and one candidate for regional governor (also sometimes referred to as a regional president or, informally in Slovak, as the župan). When voting for members of their municipal and regional councils, voters should be aware of the number of council seats available.

Voters might become intrigued by an election billboard or flyer for the upcoming elections, yet it doesn’t mean that they will get to choose their favorite councilor.

If two friends living on neighboring streets agree to vote for a particular person, it is possible that one will find the names on the ballot and the other will not. There could be different names for each.

While in parliamentary elections voters all over Slovakia always choose the exact same ballot for one party and can prefer four candidates on it, in the upcoming municipal and county elections different rules may apply even for people from neighboring streets.

Larger municipalities are divided into electoral boroughs. The Sme daily has prepared a series of questions and answers about the specifics of the upcoming elections of municipal councillors. The following rules don’t apply to candidates for regional councillors.

Read the answers to the following questions:

What councilors will voters get to vote for on October 29 in the local elections?

Where can voters find the names of the candidates?

Why can't voters vote for whoever they want within their municipality?

How come a councilor is able to run for a different constituency compared to last time?

Why can a neighbor across the street vote for five deputies, but I can only vote for four?

How do voters find out which candidates they can vote for?

Where can I find out whom to vote for in my own constituency?

What if only one candidate is running for office?

What if no one is running for the council?

Can one candidate apply for several mandates at the same time?

Is it possible to vote elsewhere other than my permanent residence?

What councilors will voters get to vote for on October 29 in the local elections?