When criticised, smear your critics. 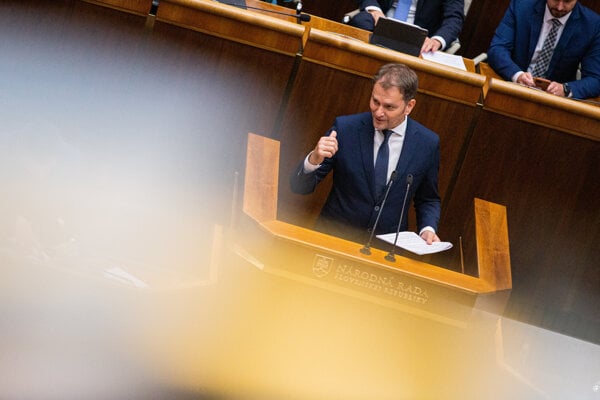 Welcome to your weekly commentary and overview of news from Slovakia. Igor Matovič defends himself by attacking the media, among others. Nearly 2,000 doctors file resignation notices. Border checks raise eyebrows. Why and how to vote in the upcoming elections.

Last week brought some major and worrying developments, like the resignations of some 2,000 hospital doctors that could paralyse the Slovak healthcare system, and the introduction of border checks that raise serious questions about Slovakia’s ability to deal with illegal migration. But rather than address them, parliament’s attention was mostly occupied by debate about one person.

The debate on Finance Minister Igor Matovič fitness for office stretched across two days, in part because the OĽaNO leader applied his usual tactic: delivering an interminable, almost Fidel Castroesque, speech. The session involved what have now become customary antics that further expose the pettiness of the Slovak political scene. Under other circumstances, these would be worth noting – or indeed have already been pointed out on this page.

But let us stay focused on the fact that Matovič, who until recently used the picture of the murdered journalist Ján Kuciak and his fiancée Martina Kušnírová as the cover photo of his Facebook page (his main channel of communication with the public), launched yet another attack against the media straight from the parliamentary pulpit.