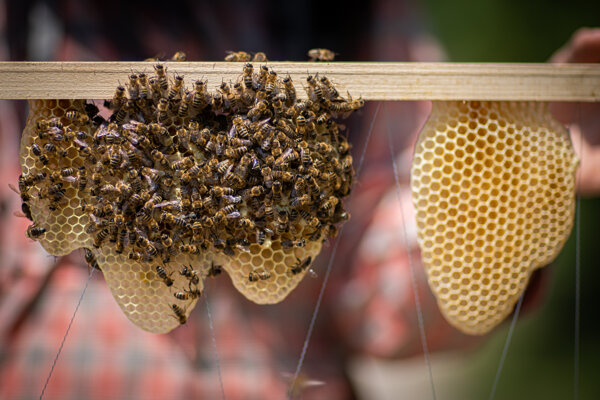 Honey from eastern Slovakia has been given protected status by the EU.

The European Commission approved the designation of honey produced in Bardejov, known as "Bardejovský med" or "Med z Bardejova", as a protected designation of origin (PDO) product on September 30.

The honey is made in the area of the Čergov Mountains in the Bardejov district, which is home to villages including Hertník, Šiba, Hervartov, Richvald, Kríže, Tarnov, Rokytov, and Mokroluh.

The region's cool climate contributes to its special taste, as do the methods of its production. Bees produce Bardejov Honey in both hives located permanently in apiaries or in nomadic hives.

They may not be kept in plastic or polystyrene hive assemblies and during the beekeeping season the insects may not be fed with sugar or other artificial food.

Beekeepers collect honey in using traditional methods of selecting spots for their apiaries, extraction, storing, and decanting the honey.

It is sold in liquid or crystallised form.

The specificity of Bardejov Honey lies mainly in the fact that both lime-tree honeydew and honeydew honey also contain fir-tree honeydew, which influences the honey's colour which ranges from dark brown to black.

A total of 1,595 items is on the EU's list of protected agricultural products and foodstuffs. Slovakia has 15 such products on the list.

Tokaj Wine from the region of Tokaj, eastern Slovakia, is awaiting registration.