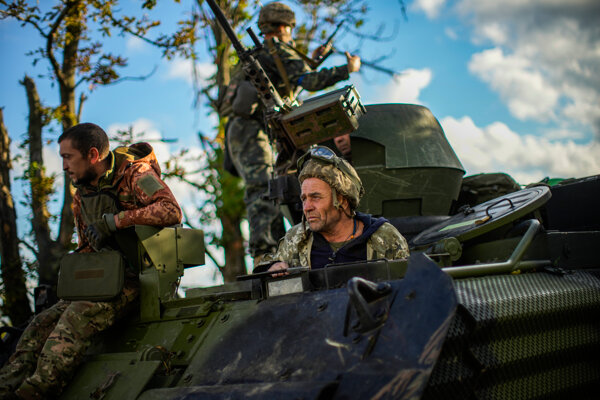 A new Globsec poll has found that Slovaks want Ukraine to win the war which Russia fanned on February 24.

The results have been published by Globsec, a Bratislava-based think-tank, less than a month after the Slovak Academy of Sciences (SAV) released the findings of its own poll from July that claimed the opposite.

Globsec has learnt that 47 percent of 1,009 respondents wished for Ukraine’s victory in late September 2022 compared to 19 percent supporting Russia. 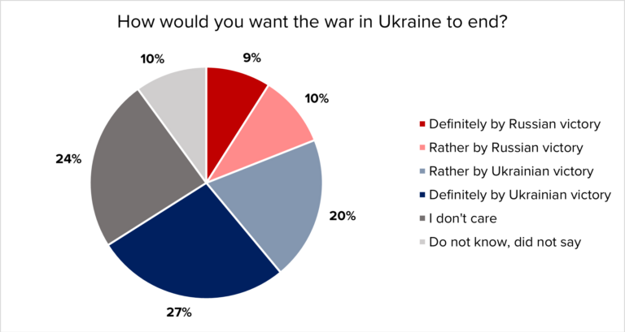 Unlike SAV’s poll, Globsec used a different, simpler methodology when asking respondents how they would want the war in Ukraine to end. The poll was done in person, while SAV decided to go for online polling.

Also, people’s attitudes may have changed given Ukraine’s success on the frontline, which was not the case back in the summer.

Apathy is a surprise

About a third of respondents do not care or cannot really express an opinion on the war.

“We can see a strong degree of apathy in society,” said Globsec researcher Katarína Klingová.

The strongest apathy, 33 percent, has been observed among young people.

“It is rather surprising given the scale of impact of the conflict on the country’s security and prosperity,” the researcher added.

As the think-tank explained further, the findings also reflect the trends that have been confirmed by previous polls in Slovakia when it comes to the perception of Russia: about 25-30 percent of Slovaks hold pro-Russian attitudes and are inclined to believe pro-Russian narratives after the war in Ukraine.

Slovakia has long been vulnerable to Russian propaganda.

The country blocked several major Slovak disinformation websites in the previous months thanks to temporary changes to legislation, but they have expired, and no changes have yet been adopted. Slovakia has a potent network of over 1,800 Facebook pages and groups and 260 websites that spread various disinformation, hoaxes and malign content, according to Globsec.

Wish for a deal

The think-tank also surveyed people about their wish for a deal to be concluded by Russia and Ukraine, instead of victory by one of the parties in the conflict. 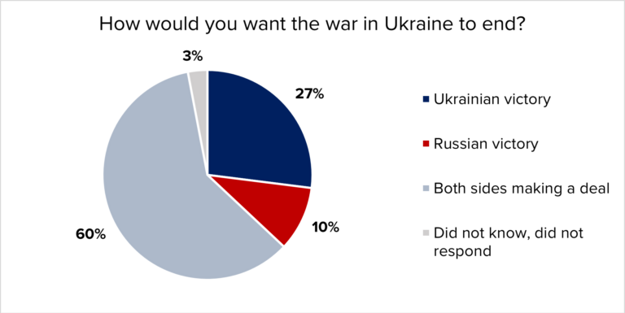 “The preference for the deal over the victory of either side is not so surprising. A slight fatigue from the topic of war can be observed in society,” Klingová said, adding that people are also worried about rising energy prices.

“They therefore opt for the quickest way out of the conflict.”