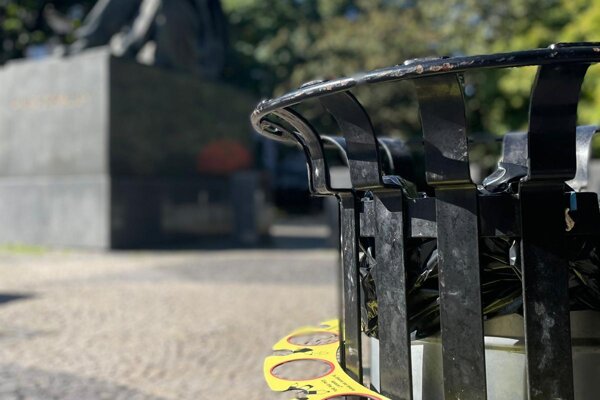 Slovakia launched a deposit system for plastic bottles and cans in early 2022. Despite Slovaks being reasonably responsible in returning waste, not all bottles and cans end up in recycling stations. Slovakia also has an issue with littering in towns and nature. The new project Second Chance aims to clean Bratislava’s streets and help people in need to gain some money in a safer way.

“People in need pick up this trash to hand over at recycling stations, which could be a way to pay for a place to sleep,” said Dominika Kráľová of Vagus, a non-profit organisation focusing on helping homeless people.

ASEKOL SK placed specially designed deposit hoops on waste bins in the busiest places in the Old Town. The hoops are designed to hold up to nine bottles and cans. After depositing, cans and bottles can be safely taken out and handed to recycling stations. 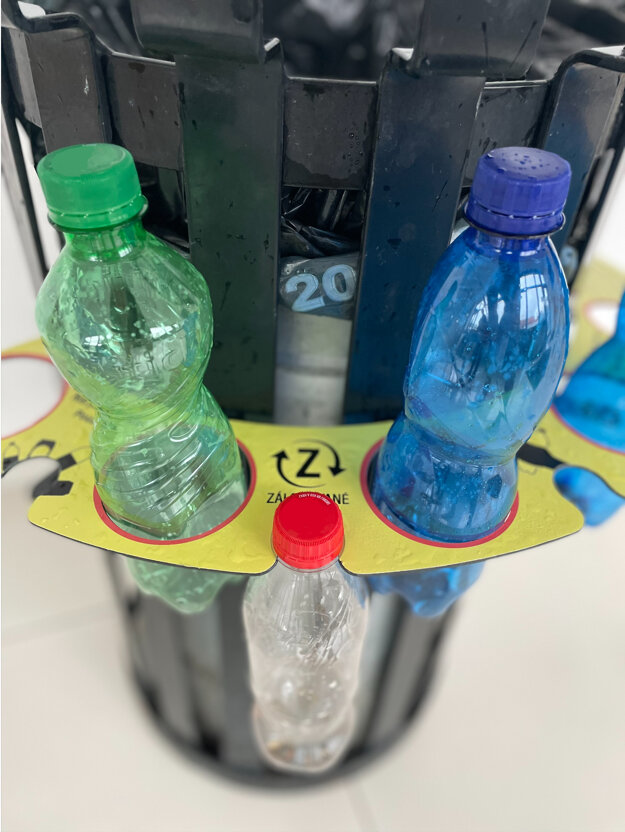 Waste bins can hold up to nine bottles and cans. (Source: ASEKOL SK)

The currently five bins with hoops include instructions in Slovak and English along with pictograms for easy use. They are found in locations popular with tourists, including the Danube embankment and Hviezdoslavovo Square.

"These are the most common routes for tourists to take,” said Old Town Mayor Zuzana Aufrichtová, adding that many tourists are not informed about the deposit system in Slovakia and just throw bottles and cans into bins.