Two people dead after a shooting in central Bratislava

The incident happened outside a well-known gay bar near the castle, police not ruling out hate crime.

Related: Intolerance culminates in killings I The attack I First reactions I Community reacts I Terrorism I March against hate I Opinion Balogova I Opinion Terenzani 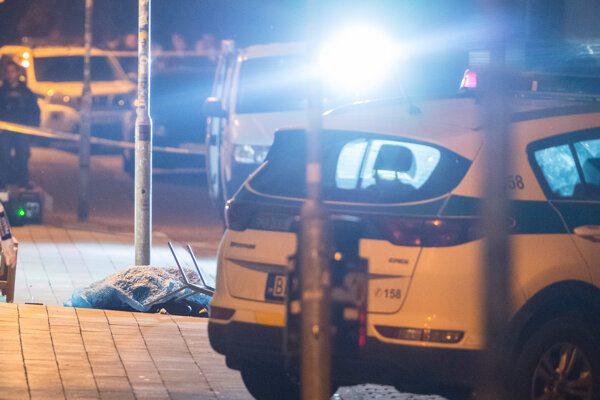 The police soon confirmed information on their Facebook page.

The victims are two men under the age of 30.

The shooting took place shortly after 19:00 outside Tepláreň, one of the very few LGBT+ spots in the city. The witnesses approached by the media have said they heard 7-10 fired shots. One of the men killed worked at the bar, Sme wrote.

A shot woman who works as bartender at Tepláreň has been taken to hospital in the Bratislava Old Town. Her life is not at risk.

According to the witnesses, the murderer had waited for some time outside the bar before he fired shots. 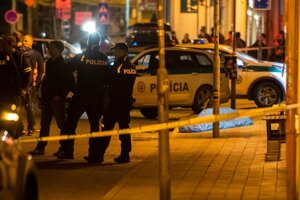 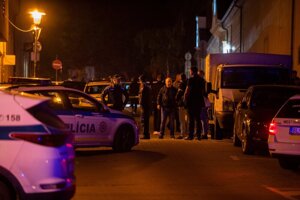 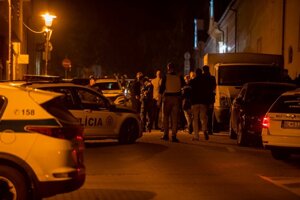 Shooting in Bratislava on October 12 (12 photos)

"We're shocked by the information about the shooting and casualties at Tepláreň, where we meet regularly," the Dúhový Pride Bratislava non-governmental organisation posted on Facebook. The organisation has changed its Facebook page photo to black. Iniciatíva Inakosť, another LGBT+ organisation, has followed suit.

According to the Denník N daily, the incident could be a hate crime against the LGBT+ community, as the murdered men had been enjoying their evening in Tepláreň before the tragedy occurred. Another version, however, suggests that the murderer had known the two men.

On social media, people pointed to an anonymous Twitter account where an anti-Jewish and anti-LGBT+ manifesto appeared a few hours before the shooting. The same account shows the alleged murderer outside Tepláreň in mid-August.

Half an hour after the killings, the account owner tweeted "hatecrime", "gaybar" and "feeling no regrets". Shortly before midnight, the account said: "bye, see you on the other side."

However, it is not clear if the account is linked to the murders.

Perpetrator on the run

The armed young perpetrator, said to be wearing a jacket, jeans and a dark cap, was on the run hours after the attack.

Police officers have closed nearby streets to traffic and people. They have extended their search to the area around SNP Bridge and the Danube waterfront. A helicopter was also deployed in the late evening hours.

During the night, the National Crime Agency took over the case.

About an hour before the shooting, a luxury jewellery store in the Carlton Hotel on Hviezdoslavovo Square was robbed, the TV Markíza television network wrote.

The robbers, two men and one woman, are also on the run.

However, this case is not believed to be linked to the shooting.