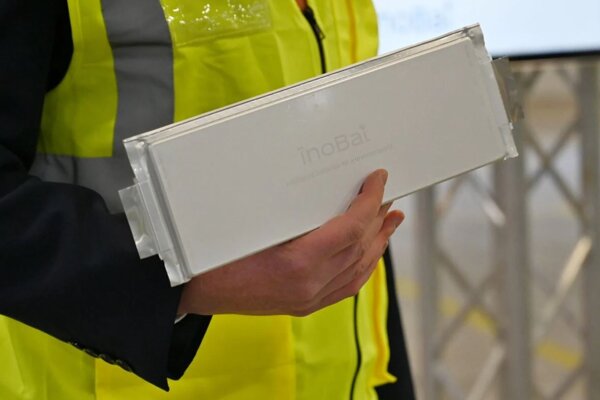 The company signed a memorandum of understanding with the Spanish government, the Reuters newswire writes. InoBat focuses on manufacturing electric car batteries. The investment could create 2,000 direct jobs in Valladolid.

Alternative locations are under consideration as well. One potential place for its Western European factory could be the United Kingdom. The declaration with the Spanish government is thus not a final agreement. The final decision is planned before the year's end. The overall cost of the investment is approximately €3 billion.

Valladolid is considered an ideal location due to its access to renewable energy, talent and close proximity to support manufacturers, with a strong logistic site for transport links. The investment would be the fourth car battery project in Spain, which already has a partnership agreement with the Envision Group from China. It carries out developments with Spain's Acciona Energia, Germany's Volkswagen AG and Basquevolt.

Other than western Europe, InoBat is planning a site in the U.S. state of Indiana.

Slovak plant in the making

In Slovakia, InoBat is planning to build a factory in Voderady, 40 kilometers from Bratislava. It is situated in the centre of central Europe’s automotive hub, with more than 4.25 million vehicles produced annually in a 500-km radius of the facility. InoBat is preparing to build a 1GWh Gigafactory in Voderady before scaling up to a 32GWh Gigafactory to support and serve the international market.

The centre might be a benefit not only for the four carmakers already located in Slovakia but also European countries, as it will reduce the dependency of electric vehicle manufacturers on the import of batteries from Asia.

“The goal is to increase the global competitiveness of the European market in this area, and provide the automotive industry with long-term sustainable solutions,” said co-founder and CEO of InoBat Auto, Marián Boček.

The batteries made by InoBat Auto were compared with an industrialised battery currently used in several premium vehicles. InoBat batteries have achieved better results in terms of energy capacity, range, and durability. This was proven by tests conducted by the Korean testing agency NCT.