Matej Drlička "crossed a line" with his statements during Budapest conference, minister accepts his resignation. 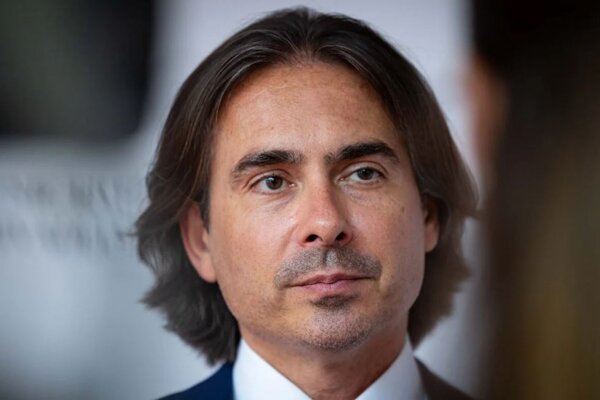 After what he admitted to have been inappropriate comments towards national artists and politicians, Drlička decided to resign from the top job at the national theatre. His statements during a recent conference in Budapest raised eyebrows both in parliament and Slovak theatres.

Culture Minister Natália Milanová accepted his resignation on Monday, the TASR newswire reported. The minister argues that a person in such a position must be aware of their own responsibility and the consequences of public speaking. Drlička ends his term as the director of Slovak National Theatre on November 1.

“His mocking statements towards ‘national artists’ that were or still are part of Slovak National Theatre ensemble that ‘think they’re the most important people in Slovakia’ are particularly rude and undignified. We think of his statements addressed to politicians, who are fulfilling their constitutional duty, as ‘unfortunately still breathing’, to be a crossing every line of decency,” stated members of the committee.

A national artist is a recognition that artists were awarded under the communist regime to artists.

“Drlička’s words stirred emotions within Slovak society. Particularly at a time of the recent terrorist attack in Bratislava, Matej Drlička used language beyond the line of acceptable public speaking, which should not happen in art.”

Drlička admitted that his choice of words was unacceptable.

Before becoming director of the theatre, Matej Drlička was manager and director of the festival Viva Musica! He and his team started working on January 1, 2020. The committee chose him out of five candidates who applied and underwent three rounds of the selection procedure. Drlička’s main aim was to financially stabilise the theatre.

To keep the theatre moving swiftly without major breaks, Milanová said that she will entrust the management to a temporary acting director so that stability is maintained. The selection process to fill the directing position is starting soon.