Matej Drlička made improper comments in Budapest last week, which Culture Minister Natália Milanová sees as a reason for his removal. 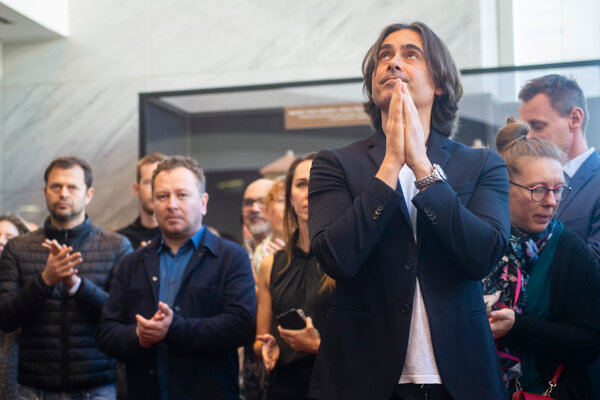 Artists and employees at the Slovak National Theatre are demanding that Culture Minister Natália Milanová (OĽaNO) revoke the resignation of the theatre’s outgoing head Matej Drlička, a day after her decision.

The minister removed Drlička from the post on Monday, October 24, following his recent inappropriate remarks regarding Slovak artists seen as national treasures and politicians, uttered at the Opera Europe conference in Budapest.

“He’s done well as manager, but he failed as a public official responsible for his statements,” Milanová said.

Drlička should leave on November 1.

However, people who work at the theatre - except for opera soloists - stood up for their departing general director on Tuesday, arguing that the national theatre has made visible progress under Drlička’s management.