Vallo wins in Bratislava, stronger than four years ago

Related: Bratislava results I Regional governors I What the results mean 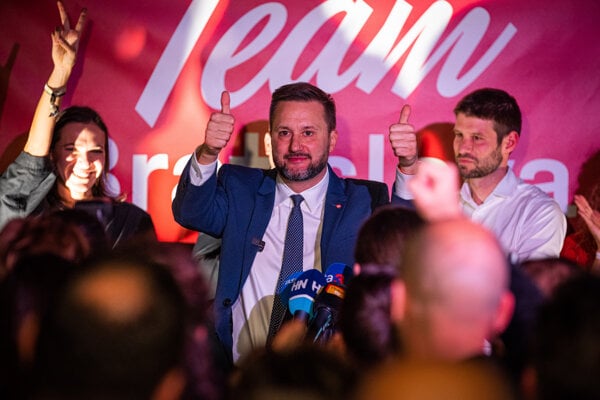 Matúš Vallo will serve another term as the mayor of Bratislava, following a sweeping victory in the municipal elections on October 29, 2022.

For the first time, municipal and regional elections were held on the same day in Slovakia. In the regional elections, six of Slovakia's eight regions will see no change in the governor post. Most regional capitals will also continue under the same mayors for another term.

You can view the detailed municipal and regional election results for your municipality here. 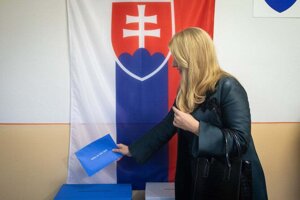 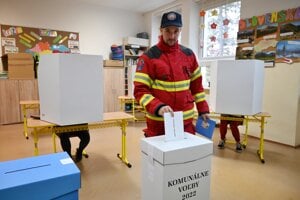 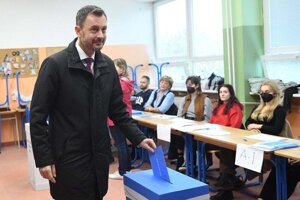 Vallo won the race for the mayor of the capital with 60 percent of the vote, a much stronger result than in the 2018 election that elevated him to the mayoral post as a greenhorn in municipal politics. 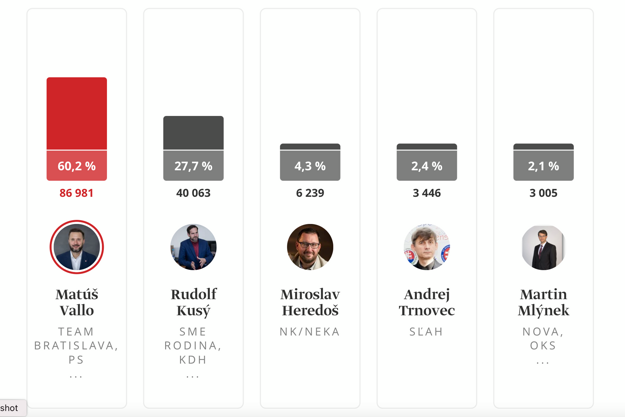 Preliminary results of the Bratislava mayor election after 100 percent of the votes have been counted.

In 2018, Vallo received 58,578 votes. This time around, 86,981 people voted for him. Moreover, the candidates of his party Team Bratislava were elected in several municipal boroughs of the capital.

Who will lead the boroughs of Bratislava?

The candidates of the coalition Team Bratislava, Progressive Slovakia and Freedom and Solidarity (SaS) have been elected mayors in Nové Mesto, and Lamač. Team Bratislava and PS coalition will have the mayor in Staré Mesto.

"I want to have good partners for cooperation and I have many good partners among mayors now," Vallo said as quoted by the Sme daily.

In Nové Mesto borough, Team Bratislava candidate Maroš Čupka will replace Rudolf Kusý. Kusý served as mayor in the borough for 12 years. In yesterday's election, he ran as the main challenger of the incumbent mayor, and did not run for the mayoral post in the borough.

The coalition Team Bratislava, PS and SaS also succeeded in the regional elections in Bratislava Region, when it took 28 seats in the council of 53. Juraj Droba, a candidate with the support of these three parties and incumbent Bratislava regional governor, was re-elected with a significant margin - he received 63 percent support.