Slovaks are happy to help, but they are bad at asking for support

An open mind is the key to success, says Zuzana Hýlová, who coaches successful people in New York. 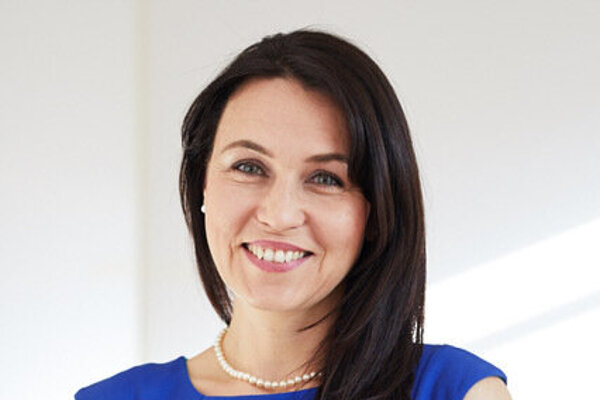 “Working with open-minded people who are not afraid to admit their mistakes and willing to change brings me great joy,” says Zuzana Hýlová, a New-York-based Slovak who coaches successful top managers.

She welcomes me with a big smile and hug on our coffee trip in Greenwich. We are in Connecticut, but New York City is not more than an hour by a car or a train. We’re sitting outside, it is a sunny October day. No honking of yellow taxi cabs disturbs our silence here, in comparison with the metropolis located just behind the corner.

This is where the American dream in Slovakia came true for a mother of two, wife and professional coach Zuzana Hýlová. She made her way to the USA from the eastern-Slovak city of Prešov, through Prague, London and Dubai. Along with her husband Marek who made it big on Wall Street, she recently moved to Greenwich after spending a few years in New York City.

“My Slovak friends joke that we’ve moved to a village despite living in a city,” she laughs. She says she cannot complain about the parks, beach and the sea nearby in a package within clear sight of New York. This is a place to grab a bicycle to ride around with a family in, to even play golf. She enjoys walks to the kindergarten through a local park just as much as she enjoys watching her son get on a typical yellow school bus. “There’s just the right number of people. We feel very safe here.”

She is living the American dream even though her own dreams were quite different at first. Hýlová fell in love with London and its history during her time serving at the British Embassy in Prague. She later proved herself in Dubai as a personal director in a successful startup, in which she dedicated herself to the management and career growth of employees. This is also where she met Marek. Back then, she had no idea that he would not only be her first coaching client, but her husband.

How to tell you’re in the right place

During their first sessions, Hýlová understood how Marek struggled to achieve his goals despite having great ambitions in the USA.

“I’ve started asking him how he pictured the next steps in his career, what he wanted to achieve and what he was afraid of.” Together, they’ve created a me-map with Marek. Me-map is now her favorite coaching technique, a tool unveiling what is holding one back, showing where improvement is needed and the next step. As a proper coach should, she does not ask suggestive questions and prefers open-ended questions.

“My husband was neatly drawing his map while answering my questions. We reached the conclusion that his Wall Street dream wouldn’t be achievable without an MBA title,” says Hýlová. At that time, it was clear that Marek’s next steps should be directed towards the USA.

“I longed for Britain more, but my husband’s decision favoured America and I supported him both as a coach and a wife.” 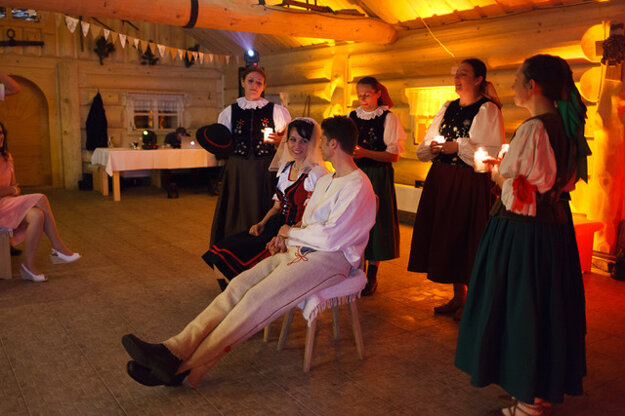 Zuzana Hýlová now has her own company in the USA, focusing on coaching people with international experience. “The clientele is mostly entrepreneurs or higher managers unsure of their role, place in the company or their choice of the country they work in.”

She’s been working with one client for two years. Every session is full of joy for changes and growth. First, they devoted their sessions to the client getting to know themselves better, then they moved on to fast career growth and leadership. The client was promoted to director. They think of their career growth as a daily practice.

“Every change takes a while to truly set in. To put it simply, because of behaviour patterns and habits, sometimes we need to re-wire the brain,” explains Hýlová on what to expect from coaching.

Since coaching offers have cropped up particularly online, she recommends dodging unqualified mentors.

Hýlová thrived and made it as a coach, but family remains her priority. Their first son was born at the start of her husband’s banking career. They only saw him for half an hour daily, which extended to an hour daily of family time after a year. “It gets better. Nothing is free and I’m equally grateful for every achievement and every day spent with the family.”

Outside the nuclear family circle, they mainly meet the rest of the family during the summer in which she takes the kids for a month-long trip to Slovakia filled with castle sightings and knight battle reenactments. Back in the US, they sometimes cook traditional Slovak food, look at photographs from their wedding in the northern-Slovak town of Zuberec to remember Slovakia.

A life in Slovakia has been on their minds for quite a long time, but her husband cannot do his job elsewhere than in the USA. “But never say never,” she adds with a smile. 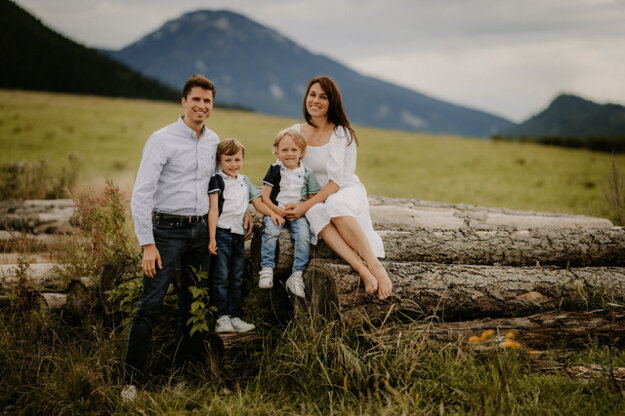 Zuzana Hýlová with her family. (Source: Courtesy of Z.H.)

What she likes about the US is the schooling system. “Children are taught to think critically from the very beginning. It is not just all about learning a nursery rhyme from heart, but what the rhyme is about. Nobody mocks you for your answer. It’s the opposite, really, they’re encouraged to support their arguments further,” she explains.

People in the US are quite open to feedback and presenting their opinions in public. "Slovakia could use a little bit of that," she says. On the other hand, Slovakia is slowly changing as a country. Hýlová meets successful people from Slovak companies in the USA more often. "It’s the younger generation that tried to dip their toes into international experience. They’ve become global citizens, their experience helping them create innovative companies and be triumphant both at home and abroad."

Hýlová is proud of Slovakia for the changes it attained during thirty years of existence. The change came too quickly, people still not adapting quite yet. There is still room to alter ways of thinking, opening up to new opinions and learning to solve problems by searching for solutions

"America is built on a culture of courage and optimism. Slovaks can come off as quite pessimistic, since they’re more cautious. Not many Slovaks are used to investing in themselves. Admitting that we do not fully understand something or that we need help is quite difficult because of our stubborn pride – even though we’re always eager to help."

With such changes, Slovaks successful outside the country have a challenge to tackle. "I believe that they will contribute to the group of visionary leaders in Slovakia and help boost the country to become better."

The author co-runs the Slovak Professionals in New York group.
This article was published with the support of a grant from the Ministry of Foreign and European Affairs of the Slovak Republic.