Slovaks speak English better than ever before. Bratislava mayoral candidate to be prosecuted over alleged bribery. Kia is to produce electric vehicles in Slovakia.

Good evening. Here is the Monday, November 21 edition of Today in Slovakia - your news from Slovakia in less than five minutes.

Doctors and government in stalemate

Monday was expected to bring some progress in long-running talks between the protesting hospital doctors and the government.

In late September, some 2,100 hospital doctors submitted their resignations in support of eight demands by their union, the Medical Trade Unions Association (LOZ). They are protesting about salaries, education of doctors, working conditions, and the management and financing of hospitals. For most of the protesting doctors, their notice of resignation will expire on December 1. Some hospitals will be able to provide nothing more than emergency health care if that happens. With just ten days now remaining before the resignations come into effect, the government has not managed to reach an agreement with the union's leaders.

The government offered a memorandum to the doctors earlier this month which they rejected as fulfilling only four of their eight demands. Health Minister Vladimír Lengvarský (OĽaNO nominee), who is himself a former director of the Military Hospital in Ružomberok, said that the government has since rewritten the memorandum in cooperation with LOZ. Yet the negotiations have so far failed to deliver a positive result.

Halfway through Monday's meeting, which took place without Prime Minister Eduard Heger (who is on an official trip to the Netherlands), the LOZ representatives told the press that they were mainly negotiating with Finance Minister Igor Matovič (OĽaNO) and that "it seemed like all our demands were new to him".

According to LOZ, the government representatives said ahead of the meeting that it would be no problem to fulfil seven of their demands (the eighth being doctors' salaries), but on Monday they spent the first three hours of negotiations dealing only with their first point.

"That is the one where we demand order in the financing of hospitals, preventing the further indebtedness of hospitals, and dealing with the existing debts of hospitals," LOZ chair Peter Visolajský told the press.

Simultaneously, the Central Crisis Staff convened at the Health Ministry on Monday.

"We are trying to prepare a so-called plan B for the event of no deal. I hope that there will be no need for another session," Health Minister Vladimír Lengvarský said following the meeting, as quoted by the TASR newswire.

Slovakia’s energy landscape is set for a major change in the next few months as the third reactor at the Mochovce nuclear power plant goes into operation amid increased domestic and global discussion of energy resources and security. 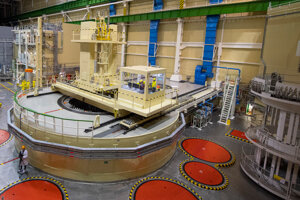 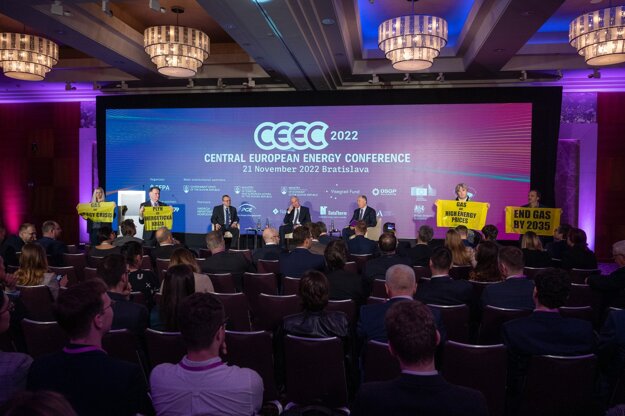 Activists from Greenpeace interrupted the introductory session of the Central European Energy Conference taking place in Bratislava on Monday, with calls to solve the energy crisis. Economy Minister Karel Hirman was on the panel.