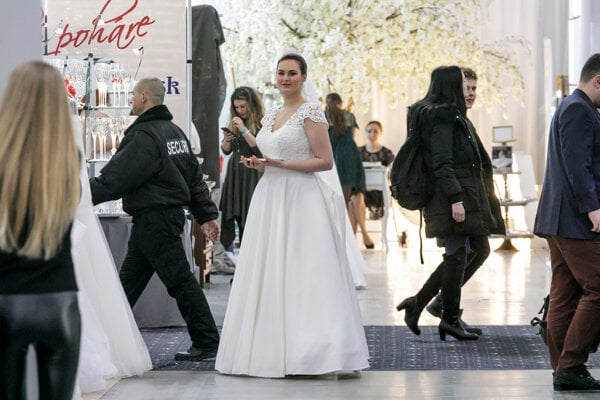 Getting married just got easier for some people in Slovakia.

Couples will no longer need to obtain permission from the registry office in the town where they have permanent residence if they want to marry somewhere else.

The permission was only required for civil marriages, not church marriages.

Under an amendment to the Act on Family approved this month, a fee for this permission will also be scrapped from January next year. However, they will still need to pay a fee when they do get married, wherever that may be.

Many people in Slovakia do not actually live in the same town or city where they have their official permanent residence. This can often lead to what some have described as an absurd situation where they need to travel long distances to get permission from one registry office to get married in the town where they actually live or in other attractive localities, such as castles or wooden churches, scattered around the country.

Parliament has also given the green light to an amendment on the Act on Names and Surnames.

The new legislation clarifies the entry of the surname in the national register of births of any child who also acquires the citizenship of another country at birth.

The law states: "The child's parent is required to provide a relevant confirmation or public document drawn up by another country, such as the child's passport, which declares the right to enter the child's surname in the register of births in accordance with the legal order or tradition of another country whose citizenship the child acquired."

Meanwhile, anyone intending to use both their own and their spouse's surnames, will be able to do so in an order both agree on. Under previous legislation, a woman using two surnames had to use their maiden name second.

Spouses who kept their original surnames at the time of marriage will also be allowed to change them to a joint surname.

Also, people will be allowed to change their foreign language name to its Slovak equivalent and vice versa only once from January 2023.