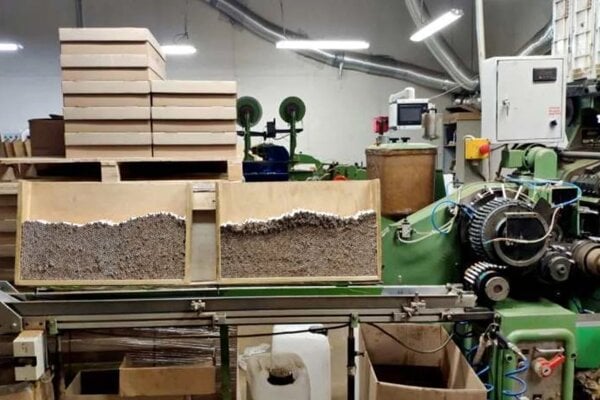 An illegal cigarette factory, reportedly one of the largest in Slovakia, was discovered during the inspection of a poultry farm

The Financial Administration detained 20 foreigners working at the factory in the eastern Slovak town of Úbrež, Košice region.

A group of foreign nationals aged between 18 and 52 were charged with violating regulations on state technical measures for marking goods and the illegal production of alcohol, tobacco and tobacco products.

The leader of the illegal group remains unknown for now. The foreigners from Ukraine, Moldavia, Belarus, Bulgaria and Hungary were detained by Košice’s prosecution office to prevent them from escaping to a foreign country or continuing their illegal activity. They could be charged with eight months of prison, writes Korzár Dolný Zemplín.

Some had been charged for running an illegal cigarette business before, according to police in Belgium, Netherlands and Italy.

The foreigners were promised monthly pay varying from €1,000 to €5,000. While a few members of the group chose not to speak about the experience, others described their 12-hour shifts.

The overall amount of tax damage to the state reached more than €6.2 million.

The Financial Administration services seized 14,126 million Marlboro cigarettes, 8,814 million Richmond cigarettes and 993,000 Lambert & Butler cigarettes. Other than that, 32,000 kilograms of raw tobacco, tools for crushing and cutting, a filling line and other components such as filters, tubes, adhesives, foils and packaging had to be seized as well.

The group smuggled the illegal products via truck transport to the Žabany part of Michalovce and Jesenov, Sobrance region.