Investment into Slovakia's future and war-like conditions in a children's hospital.

Good evening. Here is the Thursday, November 24 edition of Today in Slovakia - the main news of the day in less than five minutes.

Children's hospital in Košice near collapse 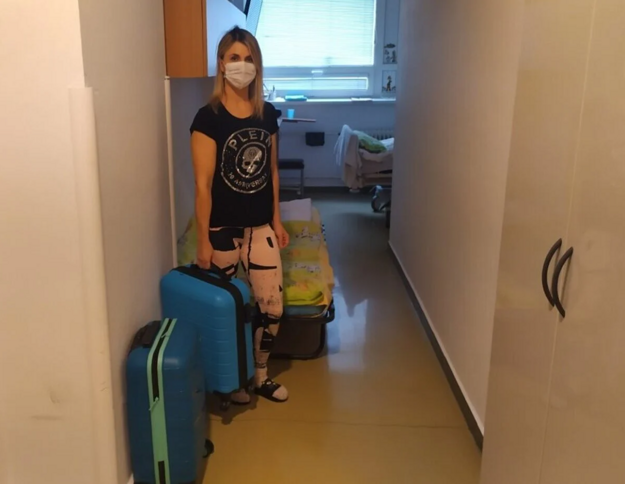 Ivana Šoffová has been sleeping in a corridor on a Russian bed for weeks. (Source: Kristián Sabo)

Hospitals have been put in potential danger since 2,100 doctors announced their resignations over unmet demands by the government.

The children's teaching hospital in Košice is next to collapse, the hospital's management claims.

The hospital did not get approved for EU funds from the country's recovery plan, and almost half the healthcare personnel is considering leaving.

The parents of hospitalised children are already feeling the consequences of mass resignations. With suitcases always packed, parents are forced to stay in make-shift conditions, move from room to room, all this while also supporting their sick children.

The Korzár website writes that the hospital has received the most complaints from the children's hematology and oncology wards.

Innovation in manufacturing can go on and on

The Mühlbauer company in Nitra produces tailor-made production technologies. Learn more about how the firm works and what products it makes.

PICTURE OF THE DAY 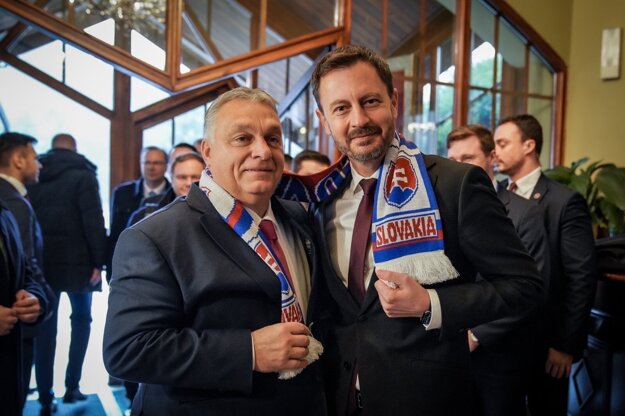 PM Eduard Heger (OĽaNO) made a truce with Hungarian PM Viktor Orbán by gifting him an "updated" scarf at the summit among the prime ministers of the Visegrad Group countries in Košice on November 24, 2022.

"I noticed that Viktor Orbán has an old scarf, so I gave him a new one today," the Slovak PM wrote on Facebook.

Last weekend the Hungarian PM was seen wearing a "Greater Hungary" scarf, for which politicians in the region condemned him.