Blog: The Teenage Brain – Under Construction?

Your teenager might not agree with you on this, but they really do need to have structure and discipline. 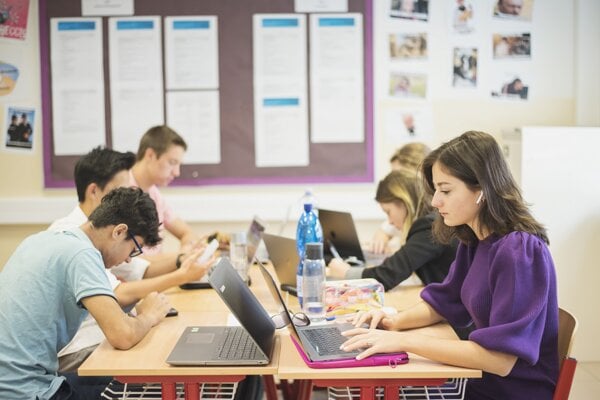 When your child reaches their teenage years, the question “What did you do at school today?” can often be answered with a grunt at best. It is almost like a new person has moved into your house, who no longer wants you to be the centre of their world. “What is happening to my child?” parents cry. You may be surprised to learn that a lot of what happens to children during adolescence can actually be explained by the fact that they undergo a significant period of brain development.

Up until the last 20 years or so, scientists widely assumed that the vast majority of brain development happened in the first few years of life, and that the struggles of the teenage years were down to hormonal changes triggered by the onset of puberty.

However, with technological advances such as Functional and Structural Magnetic Resonance Imaging (MRI), neuroscientists have been able to study the living, working brain and its responses. What they discovered was that the brain is continuing to develop right up until a person is in their 20s and 30s.

According to Professor Sarah-Jayne Blakemore from the University of Cambridge, a leading expert in this field, teams of scientists studying how the adolescent brain functions, have all reported the same thing. That the way teenagers typically behave, such as excessive risk-taking, poor organisation or the need for intense friendships, is due to the way their brain is changing.

So what is happening in the brain during this time? Firstly, the prefrontal cortex is not fully developed, so it is difficult for teenagers to see long-term consequences, be organised or make rational decisions. Validation from peers becomes much more important and their circle of influence starts to move away from parents to their friends.

Secondly, the brain’s limbic system develops more quickly and so is dominant. This means that teenagers are more impulsive and likely to take risks as they seek pleasure and reward. Their emotions are intensified which you may recognise as ‘mood swings’ or arguments erupting over very small things. Finally, the brain also goes through a process of synaptic “pruning”, where knowledge and skills that aren’t been used or aren’t seen as important are lost.

The process and what we can do to support our children can be summarised by considering the ‘5 needs of the teenage brain’.

The first two needs are related to the ‘synaptic pruning’: making connections and making meaning of learning. When connections between prior and new learning takes place, synapses are produced, but they remain fragile and might disappear if the teenage brain doesn’t practise a new skill or memorise the information or can’t understand why it might be useful or important to keep hold of.

As teachers and parents, we can help strengthen these synapses by providing examples of real-life contexts where this learning can be applied, or by helping to make links between subjects.

The next two needs are vital for helping teenagers to develop their pre-frontal cortex and to rely on that for decision-making rather than the more basic limbic system. Opportunities to take risks may seem counter-intuitive to a parent, but encouraging your teenager to try new things, embrace challenges and push themselves out of their comfort zone is vitally important for them to be able to understand boundaries and learn from mistakes.

Similarly, peer validation becomes increasingly important as children become teenagers because they are motivated by praise and reward more than at any other time in their lives. At the British International School, we provide opportunities both in and out of the classroom to work in teams and socialise with friends. Our CAS and ECO programmes, sports teams, orchestra and drama productions are all great ways to achieve these needs.

Finally, and your teenager might not agree with you on this, but they really do need to have structure and discipline. Having consistent routines and expectations at home, as well as at school, is key. Any rules and consequences need to be communicated clearly and explicitly and applied fairly.

Teenagers often struggle with organisation, so you can support them to manage homework deadlines or encourage them to pack their bag for the next day the night before, but they must do this for themselves, it’s not helpful for you to do it for them.

It also helps to give them specific responsibilities around the house such as filling the dishwasher or taking the dog out every day. In Year 7 PHSE lessons at the British International School, we also explicitly teach the students about their brain development and strategies they can use to improve their organisation and deal with the extra level of responsibility that being in secondary demands.

Unfortunately, there is no magic wand for parents and children to successfully manage this tumultuous time. Even armed with all these explanations, there will still be hormones and frustration and arguments. However, knowing what is happening inside your teenager’s brain can definitely allow us to be more empathetic and to help them to help themselves.

Fiona Shanks is Head of KS4 and Mathematics and Global Perspectives Teacher at The British International School Bratislava.