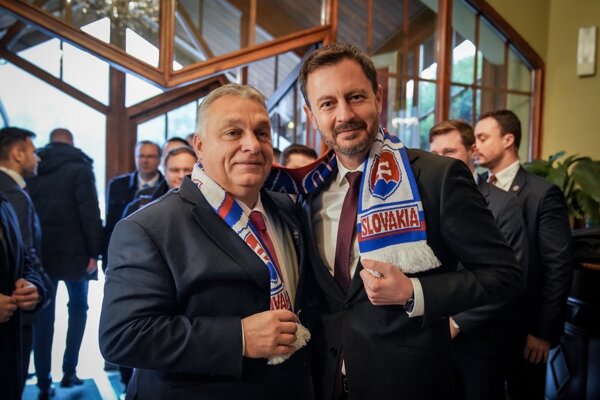 Welcome to your weekly commentary and overview of news from Slovakia. Orban’s “scarfgate” resonates in Slovakia and the wider region. Doctors’ unions score a win in pay negotiations, averting a crisis. Four Slovak MEPs do not want to designate Russia a terrorist state.

Find the November issue of the printed version of The Slovak Spectator below.

When Hungarian Prime Minister Viktor Orbán donned a football scarf bearing a map of “Greater Hungary” on it, he must have known it would prompt uproar among Hungary’s neighbours. This type of attention-grabbing exercise might be understandable given the social-media-obsessed politics of 2022, but the historical revisionism that Orbán repeatedly hints at is less than tasteful in the context of the war in Ukraine: the map implies a Hungarian claim to territory (in Slovakia’s case, as it happens, its entire territory) in every neighbouring state.

The Slovak foreign minister called it disgusting, Romania said it was unacceptable, and the Ukrainian government summoned the Hungarian ambassador to tell him as much.