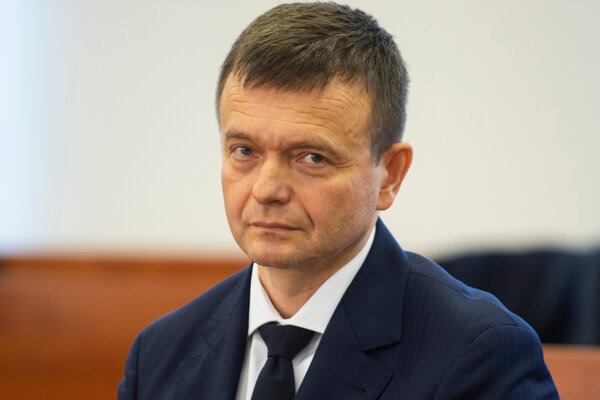 Co-founder of the Penta financial group, Jaroslav Haščák, and seven other people are facing charges for serious crimes. The charges pertain to the notorious Gorilla case. The Startitup website broke the news on December 1.

The Gorilla case became known to the public after transcripts were leaked in 2011 of alleged secret recordings, purportedly made several years earlier by intelligence agents, revealing high-level corruption.

Now, an investigator of the National Criminal Agency (NAKA) brought charges against Haščák for founding, planning and supporting an organised crime group. Startitup reports that Jiří Malchárek and Anna Bubeníková have also been charged in this case. In total, the police charged seven people.

NAKA accused Malchárek and Bubeníková of other crimes: the particularly serious crime of breach of duty in the management of someone else's property, as well as legalising income from criminal activity.

Also accused is Peter Huňor, the former vice-chairman of the executive committee of the National Property Fund (FNM) from the time of the SDKÚ government in the early 2000s, along with Vladimír Rigász as chairman and Stanislav Reguli as vice-chairman of the board of the state-run company GovCo. The company, which no longer now operates under the name Javys, was founded by the state in 2005 to oversee the operation of the V1 nuclear power plant in Jaslovske Bohunice and the decommissioning of nuclear facilities.

Documents labelled Gorilla and Gorilla 1, which appeared online in December 2011, resemble secret service records. These documents describe the outcome of the tracking put on Jaroslav Haščák, head of the Penta financial group, which took place in 2005 and 2006.

The file captures talks between top politicians with Haščák about commissions and corruption during their meetings in a flat at Vazovova Street over the second term of Mikuláš Dzurinda's government (SDKÚ).

The scandal sparked a great response and has become one of the biggest corruption scandals ever.

In January and March of 2012, an entire series of Gorilla protests took place around Slovakia, with thousands of people gathering on the streets.

Anna Bubeníková, the then National Property Fund (FNM) head and SDKÚ nominee, was the first to leave her office because of the Gorilla scandal.

Haščák insists that the Gorilla file is fictional and that he was not offering bribes.

In October 2019, several media outlets received a link to download a recording, on which the Gorilla file is based.

In December 2020, NAKA detained Haščák and charged him with corruption and money laundering linked to the Gorilla case. The police believed that he allegedly purchased the recording from people at the Slovak Information Service (SIS) intelligence agency.

In early September this year, the state apologised to Haščák for unlawful charges of corruption and money laundering from 2020 and pre-trial custody, which lasted over a month.