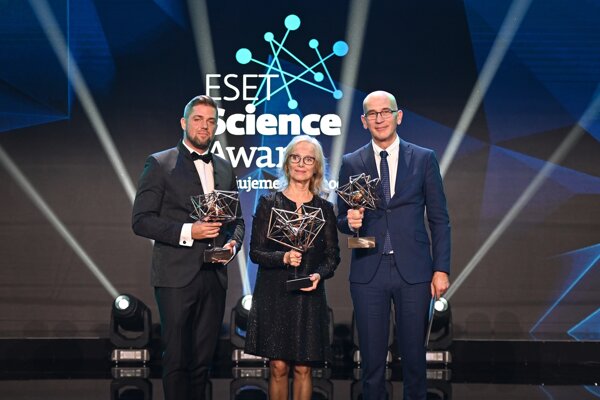 This year's Eset Science Award for Outstanding Scientist in Slovakia Under the Age of 35 went to Miroslav Almáši, who works at the Faculty of Science of Pavol Jozef Šafárik University in Košice. He deals with the use and application of porous materials in energy storage, biomedicine and environmental issues.

When we look at the world around us, we find many porous materials, though we may not be aware of them. The sponge you use in the kitchen to do the dishes can absorb water. The insulation of buildings. The catalyst in your car that transforms harmful gases produced during fuel combustion into less harmful ones. 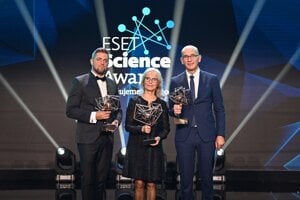 To be more precise, you research porous coordination polymers. What does that mean?

In chemistry, they are compounds that emerge when an organic molecule binds to a metal. This is called a coordinate bond. The synthesis of such materials can be imagined as nano Lego. An organic molecule is one brick. A metal cation is another. When we connect these bricks, we create materials of different shapes and pore sizes, depending on the areas where they are needed.

One such area is the environment. Specifically, there is the idea of recapturing carbon dioxide from the atmosphere. In Iceland, they even opened a facility specifically for this purpose.

Yes. The device filters air from the atmosphere, the porous material absorbs it, and then the gas is injected into basalt rock deep underground, where it turns into stone after a few years. There are several ways to capture and store CO2. One involves using extracted natural gas deposits. Gas was stored there for millions of years. So, the idea is just the opposite – to inject carbon dioxide into these reservoirs. The process has three steps: capturing, transportation, and injection, with capturing being the biggest and most expensive step. Therefore, various materials are being developed that can capture CO2.

To stay up to date with what scientists in Slovakia or Slovak scientists around the world are doing, subscribe to the Slovak Science newsletter, which will be sent to readers free of charge four times a year.

Your work also involves developing materials that not only capture, but also turn carbon dioxide into another form that can be re-used in industry.

That is another possible approach. I research absorbents and how much of the gas they can store. Of course, we want it to be as much as possible.

How exactly is the synthesis of such materials carried out?

There are two components to the process. The first is the organic synthesis, in which we design a molecule and synthesise it. It is difficult to prepare new unique compounds because you also need a unique organic component. We create these and then combine them with a metal ion. This most often includes the use of a reaction solution heated to a very high temperature of two hundred to 250 degrees, even in water. This is possible thanks to a steel device similar to a pressure cooker.

When the material is prepared, we have to characterise it, examine its structure. The final step is to assess the absorption of gases, its surface area. This is done using nitrogen or argon. For environmental application, we then examine the absorption of CO2. For application in energy, [we examine the absorption] of hydrogen. If the pore is larger, we can even store larger molecules, which means that they then function as a drug delivery system in medicine. In other words, we use pores in different ways, depending on the intended application. 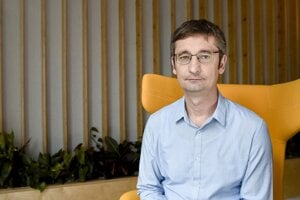 What is the potential of this technology, for example in curbing the effects of the climate change?

A porous material has capacity, a certain amount of gas it can store. That can be increased by modifying it. Here we take inspiration from nature. In our body, hemoglobin serves to transport oxygen, because it binds to the iron it contains. When oxygen is consumed and CO2 is released, the latter binds to the so-called amino-terminus of a protein. We basically do the same thing, we can modify the surface of the material with amines and thus achieve better results.

Currently, liquid amines are used. Their disadvantage is that they are corrosive and when you want to expel CO2 from them, you need high temperatures. If you have a ton of liquid amine, it takes a huge amount of energy to heat it to 120 degrees. The advantage of our materials compared to commercial ones is that they do not require such a high temperature, maybe half as much.

To what extent is this approach used today? Is it still in its infancy, are we still a long way to general application?

We are not there yet. But it’s no fairy tale, it’s already being considered [for use].

Another area of ​​use is in preventing water pollution. How big of a problem is that?

Around the world, very big. In Slovakia, things are better thanks to European Union guidelines. This year we had colleagues from Mexico visiting us here. They have a big problem with arsenic and fluoride pollution in drinking water. Arsenic is a toxic metal. Although our body needs fluorine, in excessive amounts it causes fluorosis, a condition that deforms the bones. Together with our Mexican colleagues, we started developing materials that could capture both [arsenic and fluoride] from water and thus reduce their amount and prevent any unwanted effects.

We also have a river polluted with arsenic in Slovakia, the Slaná River in the east. Arsenic from the mine in Nižná Slaná flowed into the river. Could your materials be used to clean this river?

Yes, if there were enough funds so that we could prepare a sufficient amount of material to filter the water coming out of the mine. However, you need to be close to the pollution source. It would be extremely difficult to filter the entire river. 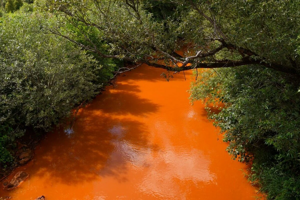 What does the use of porous materials in medicine look like?

Maybe you have seen the advertisements that promise the continual 24-hour release of vitamin C. We do something like this, but with anti-inflammatory or anti-cancer drugs. What we are trying to prepare are intelligent systems. Imagine you have a porous particle into which we inject a drug. We place additional organic molecules on the surface of the particle, which close the openings of the material. Therefore, when you take the pill, the drug does not start releasing immediately because the pores are blocked. In the case of an anti-cancer drug, we take advantage of the fact that tumour cells have more acidic pH than normal cells.

When the particle reaches a tumour cell, the molecules on its surface disappear, opening the pores, and the drug begins to work where it’s needed. This is a targeted cancer treatment. Now, when people go for chemotherapy, the drug is injected and it travels throughout their body, not just to the damaged cells. Therefore, side effects occur. This is what we want to prevent from happening. With anti-inflammatory drugs, we coat the particle with a thermosensitive polymer. At lower temperatures, you can imagine it as a ball. When it comes to a place where the temperature is higher as in the case of inflammation, the ball opens, allowing the medicine in the pore to release.

Are there any other benefits?

You do not have to take as many pills. When your doctor prescribes you a medicine, they say, for example, that you should take it three times a day. However, the advantage of porous materials is that the medicine is released gradually, you do not have to take it three times a day, but only once. Of course, companies don’t like that, but it’s better because it does not take a toll on your body. An ordinary drug enters the stomach, dissolves, and spreads into the body. However, the necessary dose may be lower than what you take and the body will secrete the rest. With gradual releasing we can work with smaller doses.

How far are we from common usage?

Something like this is already used in tomography. But though it’s used in certain areas, it’s not very common. It takes several years for the gradual usage of what you come up with.

What led you to this scientific work?

My mother was a laboratory technician, coincidentally, in the mine in Nižná Slaná. She analysed how much iron is in the ore. And you know how it is. You have children, but you still have to go to work, which is a problem especially during holidays. And so, she took me to work with her. I saw the laboratories, the glass they used, the different shapes, the coloured solutions.

Everything that could catch the imagination of a child. Then in primary school a teacher did an experiment where she mixed sodium with water. Because she used more sodium than she was supposed to, the eruption was violent. It caught my interest and the rest is history. I would not change my occupation, I’m happy doing what I do.