Péter Szijjártó met with his counterpart, and had separate meetings with Matovič and Fico. 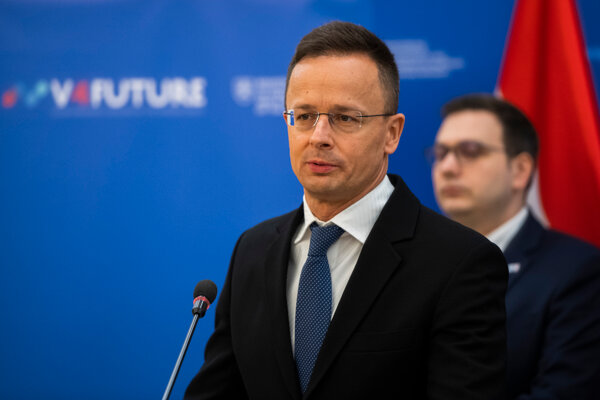 "The issue on which our opinions differ is much less than a practical and positive agenda, in which we cooperate very closely and record highly concrete progress," said Slovakia's Foreign Minister Rastislav Káčer after his meeting with his Hungarian counterpart.

Hungarian Foreign Minister Péter Szijjártó and Káčer met on December 5, one day before an informal meeting of the Visegrad Group foreign ministers in Bratislava.

Szijjártó's visit to Bratislava coincided with reports about uncertainty regarding Slovakia's support for sanctions against Hungary.

Matovič did not want to be a referee

Though Szijjártó and Káčer agreed on the importance of the Slovak-Hungarian cooperation in infrastructure and economic projects, as well as lauded the progress in these areas, the Hungarian foreign minister found more sympathy for Hungary's issues with EU funds and its veto against a financial aid package for Ukraine in opposition leader Robert Fico of the Smer party.