Part of services taken over by parcel drop boxes. 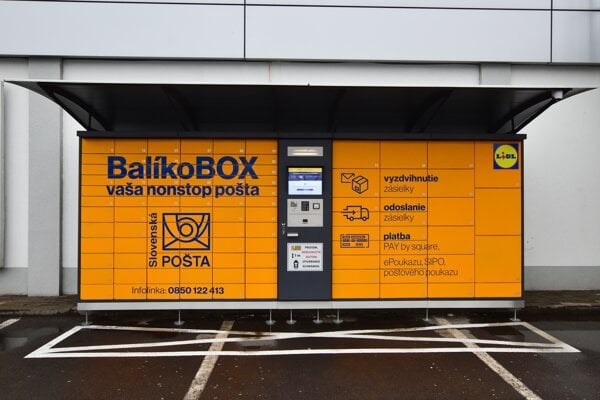 Balíkobox parcel drop boxes in Petržalka will in part make up for the loss of services at the post offices. (Source: TASR)
Font size:A-|A+  Comments disabled

Two of seven post offices in Petržalka, the biggest Bratislava borough, will cease providing its services. The post office at Pečnianska Street will close as of February 1 and the office at Holíčska Street as of March 1, the Petržalka municipal office has announced on social networks. The five remaining post offices, at Vlastenecké Square and Jiráskova, Einsteinova, Furdekova and Jasovská Streets, will stay open. They will also take over services for citizens from the two closed offices, the SITA newswire wrote.

The borough states that the national postal service provider Slovenská Pošta would have closed the two post offices despite their opposition.

On December 23, 2022, the local authority represented by Petržalka Mayor Ján Hrčka finally managed to meet with representatives of Slovenská Pošta after almost half a year of waiting and repeated requests for discussion. Although they were supposed to primarily talk about the reasons for the temporary closure of the post office on Pečnianska Street, out of operation since the beginning of July 2023, in the end Slovenská Pošta announced final decisions on the closure of two post offices.

“We do not know the exact reasons for the decision of the state-owned company, so we recommend that any questions or reservations be directed straight to Slovenská Pošta,” the municipality pointed out.

In the coming days, the municipality will propose to Slovenská Pošta several solutions in an effort not only to preserve, but also improve postal services in Petržalka. At the same time, Slovenská Pošta reminded the public that it already operates 10 Balíkobox parcel drop boxes in Petržalka, which in part make up for the loss of post office services.

In the meantime, Slovenská Pošta has increased prices for its services and is closing post offices in other towns, like Banska Bystrica and Spišská Nová Ves.