State bungles its effort to keep university students in Slovakia

Payment of scholarships have been delayed by months. 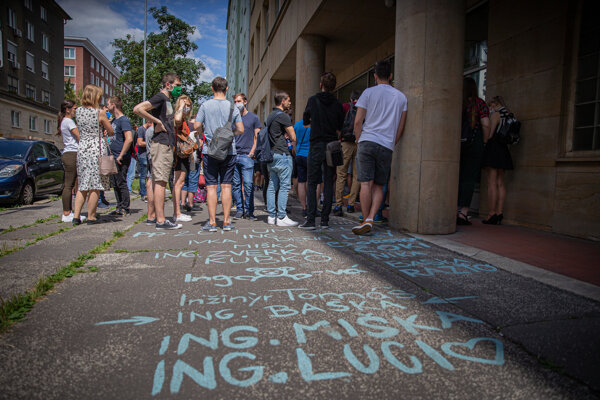 Slovakia has long been aware that many of its most talented young people depart abroad as university students, and are unlikely to return once they start their professional careers.

In order to reverse this brain drain, the Education Ministry last year launched a scholarship scheme to motivate students to enrol at local universities instead of studying abroad. While the scheme, financed within the framework of the EU-financed Recovery Plan, was met with significant interest from students, it has taken months for the scholarships to be paid out.

“The delay really affects their daily lives, as they have planned expenses for the entire academic year in the knowledge that they will receive this financial support,” she said.

Under the slogan ‘Study at Home, Slovakia Will Reward You’, successful students were supposed to receive the first instalment of their scholarships in October last year. Yet, as of mid January, they have not received any of the promised funds.

The Education Ministry is attributing the delay to higher-than-expected interest and a more demanding process to check and administer applications.

“Students will not lose their scholarships; they will be sent out retroactively,” the Education Ministry stated.

One in five Slovak university students is at college abroad, according to OECD data from 2019. This is the second-highest share among all EU countries. Only Luxembourg has a bigger share of students studying abroad.

Based on official data from the Slovak authorities, more than 300,000 people have left Slovakia over the last 15 years, most with a university degree and under the age of 30.