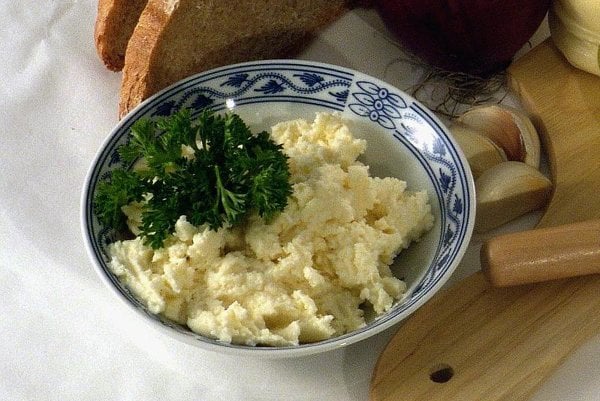 Fifteen food products from Slovakia have so far been included in the international Ark of Taste (Archa chutí) list, which was created under the auspices of Slow Food with the aim of recording high-quality, small-scale food production that may disappear within a few generations. There are currently more than 5,000 products from more than 150 countries on the list.

According to Igor Pašmík, the Rural Development Association chairman, bryndza sheep cheese was added to the list about ten years ago as the first ever Slovak product, which has been produced on a large scale in Slovakia since the second half of the 18th century, when it was supplied to the market by Ján Vagač's plant in Detva, the Slovak newswire TASR reported.

Cheese, sweets, crops and drinks made it to the list

From the Banská Bystrica Region, in addition to those already mentioned, Hontianka - the original heritage type of bee from Hont - Pukanec’s onion, Vinické apple, Horehronie’s ham and Polhora’s dried ham from Šovdra made it to the list.

According to Pašmík, there are many more food products in Slovakia that are produced or grown on a small scale and are unique and should deserve more attention from the public.

One of these includes, for example, a crop called slovienka. It is a legume similar to chickpeas, which is still grown and preserved by several women in the village of Litava in the Krupina district. Another example is čelovská chrupka, the only variety of cherry that can be dried. Also a grape variety, white concordia, which was widespread in the past and is now preserved only in Sebechleby.

A few years ago, the association invited growers and producers to register endangered regional foods and crops as heritage flavors on their site. They could also include unique and now almost forgotten recipes.