Police say several suspects have died since the 1999 massacre. 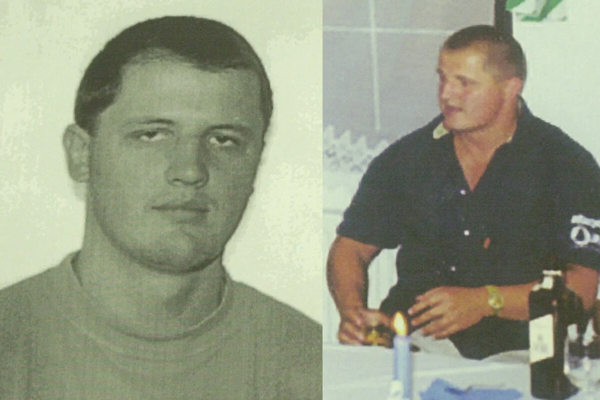 On the evening on March 25, 1999, three masked men disguised as policemen burst into the Fontána restaurant in the southern Slovakia town of Dunajská Streda. Brandishing guns, they announced that they were conducting a police raid and ordered everyone to lay on the ground. They then ran upstairs and proceeded to shoot dead ten men, all of them members of the Papáyovci underworld gang.

Among the victims was the gang's eponymous boss, Tibor Pápay, nicknamed Papa Joe. It was Slovakia's biggest mass killing, but only one among a series of violent incidents related to organised crime in the small town, which has a population of around 23,000.

"This is the biggest mass murder that has happened in Slovakia’s history. It has not been clarified for a long time," said the director of Slovakia's National Criminal Agency (NAKA), Ľubomír Daňko. at a press conference in Budapest on January 20, 2023.

He was speaking at a joint presentation by Slovak and Hungarian police officers at which they stated that, after almost quarter of a century, some details of the case have finally been confirmed.

Connections to the Sátorovci gang

Among those accused of the killings are three men associated with the Sátorovci gang: Alexander Hariš, nicknamed Turk, Karol Bodoky and Richard Veréb.

According to the police, the shooters in 1999 were Hariš, Bodoky and Arpád Szamaránszky, who died in a car accident in 2005. The three had been suspected of the murder for some time. Kristián Kádár, who is cooperating with the police, also participated in the murder, according to an indictment. Several other members of the mafia are suspected of involvement, but have since died.

According to Daňko, the supervising prosecutor has not yet given permission for more detailed information to be released. "The investigation into the ten-persion murder is not anywhere near its end. Study of the file will come in the foreseeable future," said Daňko.

The criminal group around Ľudovít (Lajos) Sátor was among the most brutal groups to operate in Slovakia. In total, according to Daňko, about 50 victims have been attributed to them and, if their involvement in the Dunajská Streda is proved, the total will rise to about 60.

"So far we have managed to dig up 23 bodies, some cases have already been officially closed," said Daňko.

The head of Slovakia's police force hailed the cooperation with its Hungarian counterpart. "I’m pleased that after 20 years Slovak and Hungarian authorities were able to clarify cases that no one expected to be clarified," said Slovak Police President Štefan Hamran.

By Slovak standards, the murders in Dunajská Streda were exceptional.

"In my work as an investigator, I have never seen such a brutal, aggressive way of carrying out a murder. It reminded me of gangster movies from the American environment during the prohibition era," former investigator Jaroslav Ivor recalled in comments for the TV programme “Mafiáni”, by public-service broadcaster RTVS.

There were several strange aspects to the circumstances of the attack. The Pápay family usually played cards at the Fontána restaurant on Wednesdays, but the massacre took place on a Thursday. The gang's members usually had security guards at the meetings, but there were none protecting them that Thursday.

Some observers speculated that the victims had been lured to the restaurant by someone they trusted. The Slovak Information Service (SIS), the spy agency whose ties to organised crime in the 1990s have been widely reported, is mentioned in connection with these suspicions. It allegedly wanted to have them eliminated after they had carried out crimes on its behalf.

The investigators worked on several theories to begin with. They have now settled on the allegation that the murders were ordered by Ľudovít Sátor, who led a rival group in Dunajská Streda and whose goal was to control the city.

The police later accused him of other murders.

According to the police, Sátor was murdered in 2010 in the premises of a former complex of stables in Dunajská Streda, but his body has never been found.