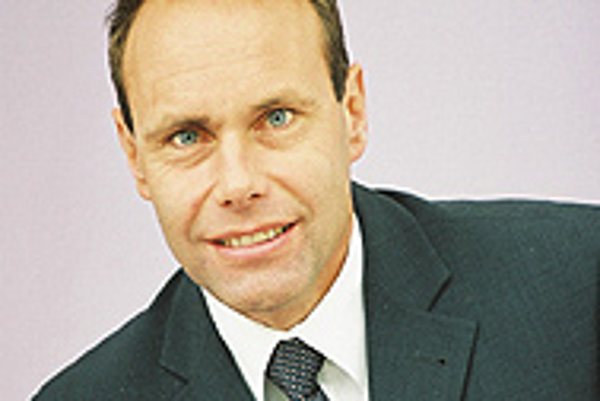 Font size:A-|A+  Comments disabled
The Slovak Spectator (TSS): What trends or developments during the past four years do you regard as the most important for your sector, in both the positive and negative senses?

Gerard Koolen (GK): The reduced and flat tax rate was a great boost for our industry, as for all others. Also, Slovakia's membership in the EU resulted in much more foreign investment, a trend that is likely to continue in the coming years. It is very positive that Slovakia is not only attracting investors with cheap labour but also with its domestic consumer market. All the new investors mean the best thing possible for recruitment companies: the HR services market should expand considerably in the coming years.

TSS: If you could advise the next government on policy in your sector, or on legislation that needs to be passed or amended, what would you say?

GK: I would urge them to ease the legislation on personnel leasing. The more flexible the laws on hiring and firing are, the more people, especially unqualified workers, find jobs. If you compare countries with rigid firing legislation, such as France, the Netherlands, Germany, and Scandinavia, with those that have very liberal firing legislation, such as Hong Kong, the US, or the UAE, you see that the easier it is for companies to fire redundant people, the lower the unemployment rate. The government should understand that the more flexible the employment market, the easier it is for unqualified people to find jobs - at the moment, this is the most difficult group to find jobs for.

TSS: The influx of foreign investment and developments in major sectors have revealed a serious shortage of qualified labour in certain professions. What state policies are needed to improve the labour supply? Do you see room for more cooperation between the corporate and state sectors in this area?

GK: The first essential issue is to promote technical education, and to adjust the delivery of technical education to the needs of industry. I would say that the state sector could investigate which types of education are really needed by the corporate sector. Further, the state should adjust the content of the educational curriculum to the needs of the corporate sector, and change education from merely theory-based to a more practical, real-world type of education.

Another important issue is low-cost housing for blue-collar workers and entry-level employees in all those areas where companies are setting up or are likely to be established.

TSS: Slovakia has been attractive for foreign investors for its cheap labour. However, this trend is likely to change, as other Eastern European countries have already started to lure lucrative investments by offering even cheaper labour than Slovakia. How is this likely to influence the Slovak labour market? How will the cost of labour develop in Slovakia during the next couple of years?

GK: Slovakia still has cheaper labour than the surrounding countries (Poland, Czech Republic, and Hungary), while Romania is developing at such a pace that soon salaries there as well will reach the same level. By way of illustration, two years ago a blue-collar worker in Romania was paid a gross salary of around 100 euros a month, while at the moment in certain areas it is already between 200 and 300 euros a month.

TSS: While Slovakia has a flexible labour force, labour mobility remains low. Is Slovak labour likely to become more mobile in the next four years?

GK: The moment more low-cost housing is available in those areas where companies need large numbers of employees, mobility will cease to be an issue. The government could do a great deal to help in this respect by providing tax breaks to developers involved in building low-cost housing, for example.

TSS: What do you think of the strategies of the Labour Ministry to date to reduce unemployment and to increase the chances of unskilled people of finding work?

GK: Subsidies and vague training and re-qualification programs will always be less effective than implementing short notice periods for redundant staff. If the government passed a notice period of one to two months for any kind of employee, unemployable people would become employable. It's that simple, which is perhaps why it is not regarded as a structural solution to unemployment.

TSS: In the past, large companies tended to hire foreigners for top positions at leading companies, but over the years more Slovak names began appearing in these posts. Is Slovakia now producing enough top-quality managers to cover its own market, or even to meet demand on foreign markets?

GK: It's true, more and more Slovak general managers have been taking over from expats. We are now able to find suitable candidates within Slovakia for all executive vacancies. We don't see a strong trend towards Slovak managers being hired abroad, however. If Slovak top managers pursue a career in other countries, it tends to be through the structures of their present (multinational) companies. In our experience, little has changed in this regard in the past five years.

TSS: During the recent election campaign, most parties committed to building a knowledge-based society. What are the most important steps that the next government needs to take in order for such a society to emerge?

The incoming Slovak government could therefore think about investing in education and offering new types of education to students, such as research and development, information and communications technologies, modern human resources management, high-level business studies and so on.

The second aspect is to attract high-tech, knowledge-based companies. These companies are easy to attract if you offer them substantial tax breaks, modern and flexible tax regulations, and flexible employment solutions.

When you think about it, it's simple. You just need a decisive government with courage and vision.

GK: Among the changes I would make immediately are to adapt the curricula of business universities, technical universities, and information and communications technology courses to focus entirely on the practical needs of the corporate sector. I would also include six-month student traineeships, and increase the level of the country's universities. One regular complaint we hear from our customers in the automotive and technical sectors is that students tend to have poor management skills, a low understanding of business, and inadequate practical technical know-how. The school system is still too much based on theory.

TSS: Slovakia has a large group of people that even the Labour Ministry calls unemployable. What is the outlook for manual labourers who lack any training or profession?

These people are difficult to get because there is not enough low-cost housing. People who earn a gross monthly salary of 14,000 crowns cannot pay between 3,000 and 5,000 extra per month in rent - and remember, this rent is usually in addition to whatever they already pay for housing, as many of these workers are from another part of Slovakia, and leave their families behind to take jobs in regions with more jobs.

Many potential blue-collar workers also lack qualifications. Employers would employ them immediately if it were possible to train them for three months on the job with the government paying their full salaries during this period, rather than continuing to pay them welfare. The second condition is that companies should be able to let go of non-performing and/or redundant employees on the spot.

If these conditions were met we could find jobs for thousands of "unemployable" workers.

TSS: Despite these drawbacks, the Slovak labour market has been characterized as very flexible. Do you think it deserves this description?