PEOPLE SUFFERING from asthma have one more reason to visit Slovakia, which has been using karst caves to treat respiratory problems for over half a century. While Slovak spas with their thermal water and healing mud are already very popular among foreign visitors, speleotheraphy is still only known to a few. 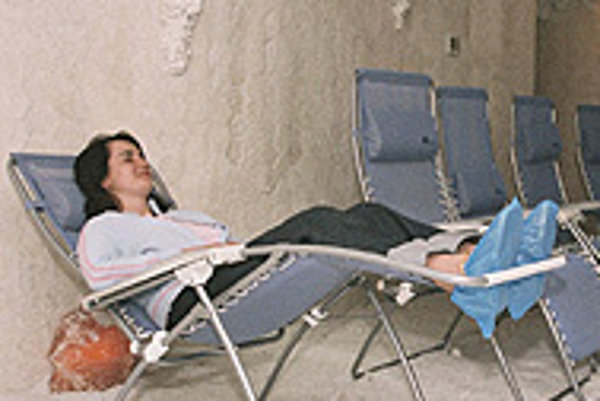 Font size:A-|A+0
PEOPLE SUFFERING from asthma have one more reason to visit Slovakia, which has been using karst caves to treat respiratory problems for over half a century. While Slovak spas with their thermal water and healing mud are already very popular among foreign visitors, speleotheraphy is still only known to a few.

Speleotherapy, a natural way of treating bronchitis, persistent coughs, hay fever and asthma, is common in Central Europe and other regions that have many karst caves.

"Speleotherapy as a modern method of using cave aerosol and other properties found in an underground environment was first used in Slovakia in the 1950's in Gombasecká cave," said Svetozár Dluholucký, a pediatrician from Banská Bystrica Roosevelt hospital and president of the Speleotherapy Commission of the International Union of Speleology (UIS).

After Germany, Slovakia was the second country to use this therapy and was the first to use caves to treat children. The Bystrianska cave started offering speleotherapy for children in 1972 in cooperation with children's department of the Banská Bystrica hospital, Dluholucký said.

Speleotherapy is currently only practiced in the Bystrianska cave, as part of the treatment for children at the Štós spa in the Jasovská cave, and in the Belianska cave used by sanatoriums in the High Tatras.

The Roman Empire also knew about the beneficial influence of the cave environment, says the Bystrianska cave's website. In the Middle Ages, written records of doctors describe the healing of "the short breath" of miners.

According to the Bystrianska cave's website, modern speleotherapy started in Germany, after the Second World War, based on the observations of a Dr. Spannagel, who saw changes in the health of his patients who had hid in the Kluttert cave to escape heavy bombing during the war. After their time in the karst cave, their respiratory difficulties disappeared.

Speleotherapy also has beneficial effects on smokers after they quit, sportsmen in training, ice-skaters who practice on artificial ice (ammonia from the artificial surface can have corrosive and irritating effects on the sinuses), professional burn-out and more, says the Bystrianska cave's website.

"The treatment has the best effect on children, for whom the development of asthma can be stopped or even fully cured," said Dluholucký. Treatment for adults has also had good results and has allowed them to rely less on medication, he said.

The treatments run by the Svejan Speleo Bystrá, the company that offers therapies in the Bystrianska cave, last 14 days with two to three hours spent in the cave every day. The treatments can be shortened or extended based on the client's needs and resources, said Dluholucký. However, the treatment should not last less than 14 days.

The Bystrianska cave offers treatments from May to October. Two hundred to 500 patients undergo the treatment every year. The cave has had more than 2,600 patients since 1972.

"We have had patients from all over the world," pediatrician Viera Rajčanová from Banská Bystrica's Roosevelt hospital told The Slovak Spectator.

Patients came from the Czech Republic, Hungary, Serbia, Germany, Austria, the United States and Australia. "We had many patients that used to come from the former Soviet Union and now their grandchildren also come from time to time," she said.

Svejan normally only offers out-patient treatment but if there is interest from foreigners it can arrange a full programme, including a tour around Slovakia.

"Such a stay consists of a 14-day treatment and a four to seven day tour around Slovakia," said Dluholucký.

Artificial salt caves have started becoming increasingly popular in Slovakia, which raises the question of whether these can serve as an alternative to natural cave treatment.

Artificial salt caves follow the model used in sanatoriums in Poland, Ukraine and Russia, but research from the '80s has not confirmed their effectiveness, said Dluholucký.

The study found that highly pathogenic microbes can attach themselves to the salt, making these chambers potentially hazardous to health, said Dluholucký.

"Artificial salt caves are only wellness activities and cannot serve as an alternative to [speleotherapy]," said Dluholucký.

However, operators of artificial salt caves claim that they are also beneficial, but in other ways.

According to Tatiana Buzinkaiová, who runs the Solitera salt cave in Bratislava, artificial salt caves offer a treatment known as halotherapy, which is based on the inhalation of micro particles of natural salt.

"There is a number of articles in specialist magazines that confirm the positive effect of halotherapy on human health," said Buzinkaiová.