A year after Warsaw-pact troops invaded Czechoslovakia in 1968, student Kazo Kanala set up a display of cartoons in a friend's shop in the centre of Bratislava. It was only one meter long and one meter wide, but a government official passed it one day and noticed cartoons making fun of the communist regime. He ordered a group of workers to come and destroy the drawings.
Although 30 years have passed, Kanala, 55, remembers the day with a sardonic smile. He's smiling because since the fall of communism in 1989, he has been free to draw whatever he wants. The sardonicism creeps in because the oppression has been replaced by a new enemy - the photograph. 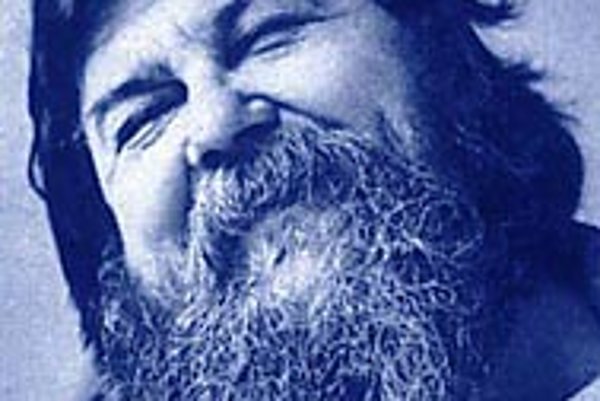 Font size:A-|A+0
A year after Warsaw-pact troops invaded Czechoslovakia in 1968, student Kazo Kanala set up a display of cartoons in a friend's shop in the centre of Bratislava. It was only one meter long and one meter wide, but a government official passed it one day and noticed cartoons making fun of the communist regime. He ordered a group of workers to come and destroy the drawings.

Although 30 years have passed, Kanala, 55, remembers the day with a sardonic smile. He's smiling because since the fall of communism in 1989, he has been free to draw whatever he wants. The sardonicism creeps in because the oppression has been replaced by a new enemy - the photograph.

While artistically restricted, Kanala's generation of Slovak cartoonists started their careers in an era when nearly every Slovak print media ran cartoons. Today only a handful of newspapers are interested in publishing cartoons. They would rather buy photos.

"Many of us were banned from publishing during communism," said Kanala. "But there were plenty of magazines that ran [ideology correct] cartoons. We feel better without restrictions, yet today Slovak newspapers and magazines are flooded by photographs, leaving no space for us."

The situation prompted Kanala to found the Slovak Cartoonists Union (SUK) in 1993. It organises exhibitions of Slovak cartoonists at home and abroad. The SUK recently opened its 11th exhibition of the year at the Slovak National Museum in Bratislava.

Kanala started drawing as a toddler, but even then his work wasn't appreciated. Once his parents left him at home alone and undiapered. He swiped his bottom, soiling his hands, and painted a large aeroplane on the living room wall. He was sentenced to an afternoon confined to his play-pen.

"It was the first time somebody restricted my work," he said, laughing.

As a high school student he published cartoons in local newspapers and later enrolled at an architectural university. But the episode in 1969 with the communist police resulted in his being forced out of school and placed on a media blacklist.

"They weren't eye-poppingly anti communist, but they criticised current events," he explained. "The communists made shaving razors that were too blunt. So I drew a cartoon with a guillotine with one of the razors. The man with his neck in the guillotine was smiling because he knew it couldn't cut him. The executioner had a red mask. Anything red was a reference to communism."

Out of school and out of work as an artist, Kanala took any job he could find, working as a janitor and night guard. In the late 1980s the political climate had loosened enough to allow him to produce 34 animated television films and several advertising spots. In early 1990s he created the popular Slovak children's cartoon Papierová Kika, a seven-part story about a Slovak girl whose paper cut-outs come to life.

Kanala's Chinese-ink drawings showing in Bratislava reflect his time studying architecture. His figures are drawn with square angles and straight lines and objects are three-dimensional. Other prominent features include rounded or truncated foreheads, Pinocchio noses and nudity without vulgarity or eroticism.

"Sometimes I have a concrete person in mind, sometimes not," Kanala said. "Many people have identified themselves in my drawings."

Since 1989 Kanala has achieved recognition abroad. He is one of only three Slovaks listed in the international Encyclopaedia of Cartooning Techniques and has exhibited work in London, Berlin and Brazil.

It is bitter irony that since 1989 Kanala has found success and freedom once denied him but not a steady job at a newspaper. He attributes this to the country's transition to a market economy. Newspapers are strapped for money, and with circulation down, prefer using computer graphics and photographs to hiring cartoonists.

Only the largest Slovak papers such as daily Sme or Práca can afford cartoons, and they pay the same price for them as for photos, around Sk200-300 ($4-$6) each. So even cartoonists fortunate enough to be published must have other jobs.

"In the West every good paper has a cartoonist who helps define the publications style. A cartoonist there is a king. Here he is a beggar," said Kanala, who moonlights in an advertising agency.

With publishing opportunities down, Kanala has devoted himself to the SUK, organising approximately 15 exhibitions a year in Slovakia and abroad.

"His work has been huge for us," said Oliver Solga, cartoonist and deputy mayor of Pezinok. Solga is also showing work at the Bratislava exhibition. "Thanks to him Slovak cartoonists have caught the attention of the world."

And what the world sees, and what is now on display in Bratislava, is intimately connected to the history of Kanala and other Slovak cartoonists, who developed their humour and irreverence under a repressive political system.

"Western cartoons are too talkative," said Kanala. "Our humour uses more symbols and aphorisms. I think it's connected to the era when talking openly was banned."

What: Slovak and Czech Cartoonist Unions exhibition
Where: Cafe restaurant in Slovenské národné múzeum (Slovak National Museum) - entrance from behind of the museum, Vajanského nábrežie 2, Tel: 02/5934-9141.
When: until November 18, open daily except Mondays 9:00-17:00
Admission: free