FORMER Defence Minister and vice-chairman of the Slovak Democratic and Christian Union (SDKÚ) Ivan Šimko launched a new political platform, the Free Forum (SF), on November 16. The group will unite SDKÚ members seeking to reform the party. SF supporters say they have no plans to break away from the SDKÚ just yet; however, further uncertainty seems to lie ahead for the coalition. 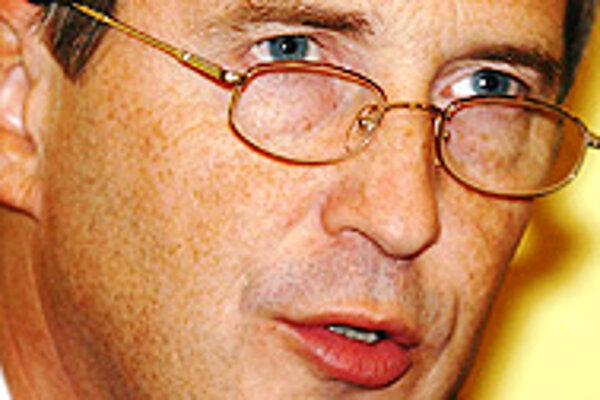 Font size:A-|A+0
FORMER Defence Minister and vice-chairman of the Slovak Democratic and Christian Union (SDKÚ) Ivan Šimko launched a new political platform, the Free Forum (SF), on November 16. The group will unite SDKÚ members seeking to reform the party. SF supporters say they have no plans to break away from the SDKÚ just yet; however, further uncertainty seems to lie ahead for the coalition.

According to a declaration signed by the supporters of Šimko's platform, the main role of the SF is to reform from within the SDKÚ, from which, they say, "freedom, democracy, and Christianity are disappearing."

Šimko and six other MPs of the 28-member SDKÚ parliamentary caucus are involved in the initiative, among them Deputy Speaker of Parliament and SDKÚ vice-chair Zuzana Martináková. Former member of the New Citizen's Alliance (ANO) and independent MP Branislav Opaterný also joined, although he has ruled out joining the SDKÚ at this time.

The move has put into doubt the future of the fragile ruling coalition and its ability to push through further reform measures.

Out of the 150-member parliament, 75 legislators are officially aligned with the caucus of the ruling coalition, which can also count on the support of 3 independent MPs, all former ANO members.

Although members of the SF claim they are still a part of the ruling coalition and have no plans of leaving the SDKÚ, the coalition can no longer be certain of their votes.

"We reserve the right to disagree with decisions of the SDKÚ's bodies that contradict the original SDKÚ program, or its values," reads the SF declaration, which also stresses that although SF members support reform efforts, they also "request their coordination to ensure that they are efficient, but also bearable" for the people.

"The MPs in the platform will vote freely, according to their conscience and convictions," Šimko himself told journalists (See interview with Šimko on page 3).

It is impossible to assess in advance how Šimko's people will vote in parliament on any issue.

The SDKÚ leadership has been slow in its reactions to the developments.

"I welcome every inspiring proposal, including constructive criticism," said SDKÚ boss and Prime Minister Mikuláš Dzurinda on November 18, stressing that such criticism can "move the party ahead".

However, Dzurinda made it clear that freedom is not all that counts in politics. "Our freedom cannot efficiently function without responsibility, without certain rules," he said. Dzurinda appears uncertain when it comes to assessing the way his party's members will vote in the future.

"The upcoming days will provide an answer," Dzurinda said.

Other coalition parties have refused to comment on the recent turmoil in the largest ruling party. However, leader of the ruling Hungarian Coalition Party (SMK) Béla Bugár has said that as soon as the ruling parties prove unable to gain majority support for their proposals in parliament, the coalition agreement, a document laying out the rules of coalition cooperation and distribution of posts between member parties, will need to be reopened.

The current crisis started in August, when PM Dzurinda informed the public that he had learned from the intelligence service SIS of the existence of a "group" of businessmen and public figures that aims to destabilise the country, the secret service, and the SDKÚ.

The "group" of PM Dzurinda allegedly has as many as 36 members and sources familiar with the list have told The Slovak Spectator that former journalist and newly appointed head of the President's communication department Marián Bednár, a close associate of Šimko and the husband of Martináková, may be among them.

One of the known members of the "group" is Ján Mojžiš, head of the National Security Office (NBÚ), a body responsible for the protection of confidential information. On September 10, Dzurinda's first attempt to remove Mojžiš from office failed after his proposal did not gain the required majority of votes in the government.

Among those that did not vote in line with Dzurinda's wishes was then-Defence Minister Šimko, who claimed that there was insufficient evidence to prove any wrong-doing on the part of Mojžiš and that Dzurinda's demand was based only on poorly backed up speculation.

Dzurinda swiftly replied. On the day of the unsuccessful vote he asked the SDKÚ presidium to remove Šimko, Dzurinda's long-time political ally and SDKÚ co-founder, from the position of SDKÚ vice-chairman and announced that Šimko would have to leave the government for disobeying party orders.

Šimko, who called SDKÚ leadership undemocratic, is now back in parliament. Although a member of the SDKÚ caucus, Šimko announced that he would not take party orders. Now others have joined him in this stance.

However, some critics say Šimko, who has been in top positions within the SDKÚ since its foundation three years ago, bears his share of responsibility for the condition of the party.

The daily SME quoted veteran MP for the Christian Democrats (KDH) František Mikloško saying that if Šimko had no demands on the coalition, "the creation of his faction would simply make no sense."