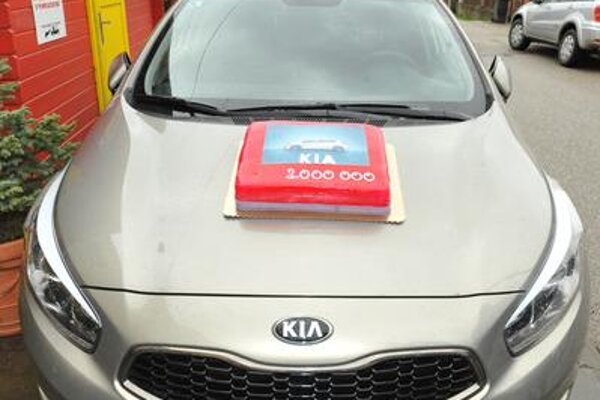 The jubilee vehicle is to be supplied to a customer in Belgium, plant spokesman Miloš Ondruš told the TASR newswire. Kia's Slovak facility produced 323,000 cars and 493,000 engines in 2014 – a 3-percent rise compared on 2013. The 2 million cars have shipped to 76 countries worldwide, while some 30,000 vehicles stayed in Slovakia.

Kia Motors Slovakia President and CEO Eek-Hee Lee praised the fact that ever since serial production was launched in 2006, the plant’s output has been on the rise, while its results have gradually placed it among the largest producers and exporters in Slovakia.

The core car model, Kia cee’d, has made up one half of the output since production was launched, followed by the Kia Sportage SUV at 39 percent and the Kia Venga at 5 percent. In terms of countries, most exports from the plant have since 2006 been headed for Russia (20 percent), the United Kingdom (11 percent), Germany (10 percent), and Spain and Italy (6 percent each).