These days Slovakia is recognised as the world leader in car production per capita. What is lesser known is that this country also has the highest number of registered castles per person.

Theoretically, the country could be comprised of 180 small kingdoms of 30,000 people each with its own castle or chateau. Unfortunately, because of a lack of maintenance, there are just 120 castles with visible remains and even most of those are largely in ruins. For visitors, there are luckily still dozens of castles to tour replete with their majesty and cold beauty.

As a mountainous country, Slovakia is naturally predisposed to castles that use the high ground and rocks as construction material. Starting in the Middle Ages and up to the 18th century, the aristocracy of the Kingdom of Hungary preferred to build their castles in Slovakia’s easy to defend territory, art historian Peter Kresánek says.

Most of those constructions turned to ruins as their military importance decreased and landowners sought out more comfortable residences. For a long time, few had a passion for castles and what was not destroyed over the years became construction material for nearby homes.

After the fall of the communist regime in 1989, more and more people have shown interest in these magnificent constructions, and volunteer groups have formed to preserve and renovate castles.

The story of Slovakia’s castles begins in the 9th century when Slavs began building wooden fortresses in present-day Slovakia, with about a dozen stone castles replacing them in the 11th century – including in Bratislava, Nitra, and Trenčín.

The best example of one of these constructions is one of the best-known Slovak castles – the Bratislava Castle. Its first mention dates to the 10th century, but the castle hill was inhabited also in the Celtic and the Great-Moravian era. Despite turbulent times, fires and lack of money for its maintenance Bratislava Castle has been preserved until today. It has been renovated and now stands proudly on a hill above the banks of the Danube. Indeed, Slovaks voted to make it one of the three symbols representing the country on their new euro coins, introduced in January 2009. 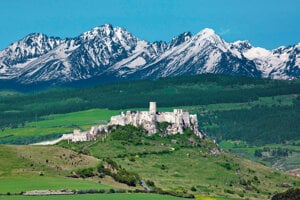 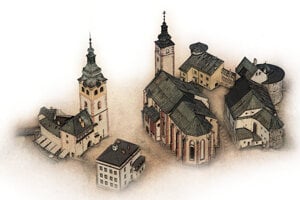 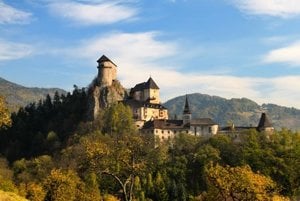 Castles in Slovakia (Spectacular Slovakia) (34 photos)
You have just exceeded the number of devices allowed.
Your active subscription only allows a limited number of browsers to access locked content.
To continue reading this article on this device/browser, please edit the list of registered devices in your profile settings here:
manage devices
You can read all about device management here.