Economy grew at highest rate within past three years in 1Q15

Slovakia’s economy grew at the fastest pace for the past three years in the first quarter of the year, the Slovak Statistics Office (ŠÚ) reported on June 5. 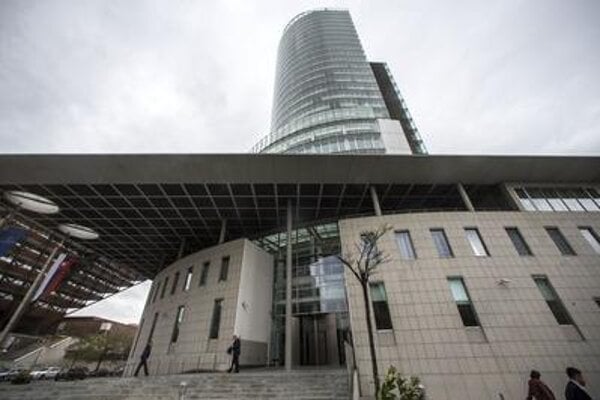 Over the first three months of 2015, the country’s GDP went up by 3.1 percent year-on-year in fixed prices, which was 0.8 percentage point higher y-o-y.

Expressed in current prices, GDP was up 2.7 percent to reach €17.8 billion. “When seasonal effects were taken into account, GDP went up by 0.8 percent when compared to the final quarter of 2014,” ŠÚ wrote.

Slovakia’s economic growth in the first quarter of 2015 was driven mainly by exports, central bank (NBS) analysts stated in a commentary. “The effect of domestic demand on quarter-on-quarter growth was zero, while the effect of stocks was negative,” said the analysts. The fact that domestic demand remained at the same level as in Q4 2014 was a negative surprise for the NBS analysts – mainly considering the low level of inflation, positive developments on the labour market, low interest rates and large investments from public and European resources. Nevertheless, the analysts view this development as a short-term one, mainly in view of continuous growth in this segment for the previous seven quarters in a row.

The level of fixed investments fell by 1.1 percent q-o-q in 1Q15 – a development that was due to the return of motorway construction to normal levels after notable growth in the previous quarter, however. Housing investments, supported by loans, have started up, along with investments by companies and the self-employed in transport equipment.

As for the retail behaviour of households, investments in cars have supported overall demand, but private consumption growth fell by 0.3 percentage points q-o-q overall. Even though household optimism has improved, this group was rather modest in spending on goods and services, with bank savings having increased instead.

While the contribution of foreign trade to GDP growth last year was slightly negative, in the first quarter of 2015 it contributed significantly to Slovakia's economic growth, Slovenská Sporiteľňa bank analyst Katarína Muchová told TASR. She added that exports rose by 4.4 percent in 1Q 2015, while imports were up by 4.3 percent. “It’s slower growth than in the first quarter of last year, but it’s still much faster than in the latter half of 2014,” Muchová said.

The analysts were surprised by a deceleration in the growth of consumption by households from 2.2 percent to 1.5 percent year-on-year. “Retail incomes indicate that consumption was mainly rescued by strong sales of new cars,” Koršňák noted. “Government consumption also continued to grow y-o-y, but its growth also decelerated compared to the end of last year.”

Given these developments, Korsnak has improved his outlook for Slovakia’s GDP growth this year from 2.9 percent y-o-y to 3.2 percent, and from 3.2 percent to 3.3 percent for 2016.

Muchová, too, sees the growth at about a 3-percent pace, according to TASR.