This regularly updated feature on animal-watching in Slovakia includes valuable information on bear-watching and birdwatching around the country.

It is five o’clock in the morning and a group of people who want to see Slovakia’s biggest predator in its natural environment have just headed out into the nature of Tichá dolina valley in the High Tatras.

“A chance to see a bear on this hillside is about 99.5 percent. Bears usually go there because of the fresh blueberries,” says environmentalist Erik Baláž who has literally lived with the bears for three years as he made a movie and wrote a book about them.

In the last couple of years, bear watching and birdwatching are finding their place in the tourism market. The conditions are excellent in Slovakia, but one thing is missing – good promotion. 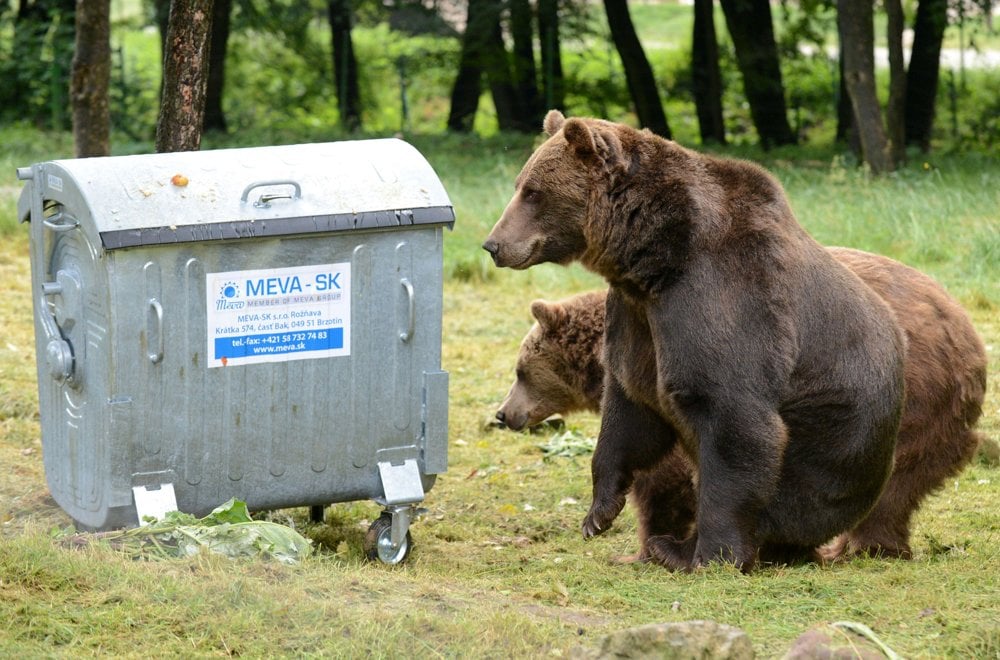 Watching for bears in Slovakia

“It is dangerous to watch bears, but not because of the bears, but because of the high chance that you will slip and slide into a river,” said Baláž, known for his movie The Guard of the Wild and the book Last Fortress, both about his bear watching experiences. Another documentary Wolf Mountains about the wilderness of the Eastern Carpathians that he and his friends made together has been broadcast in 118 countries by National Geographic.

According to Baláž, in the last 30 years more than 500 people have died in the wilderness of the High Tatras, but not a single person was killed by a bear. The Head of Administration in National Park Malá Fatra Michal Kalaš echoes this, and notes that there is no known case of a bear attacking a tourist.

“As a man with field experience, the first thing I tell tourists is not to pay attention to the cases of man-bear encounters reported by media,” Kalaš told The Slovak Spectator, adding that the vast majority of attacks target hunters and people working in the forest, in some cases fruit-pickers.

According to Kalaš, the best conditions for bear watching are in the Malá and Veľká Fatra, the High and Low Tatras and Poľana national parks, where the chance to see bears is much higher than in other countries. In much of western Europe bears went extinct a couple of centuries ago. Accordingly, there isbig potential in Slovakia to promote this possibility to foreign tourists. 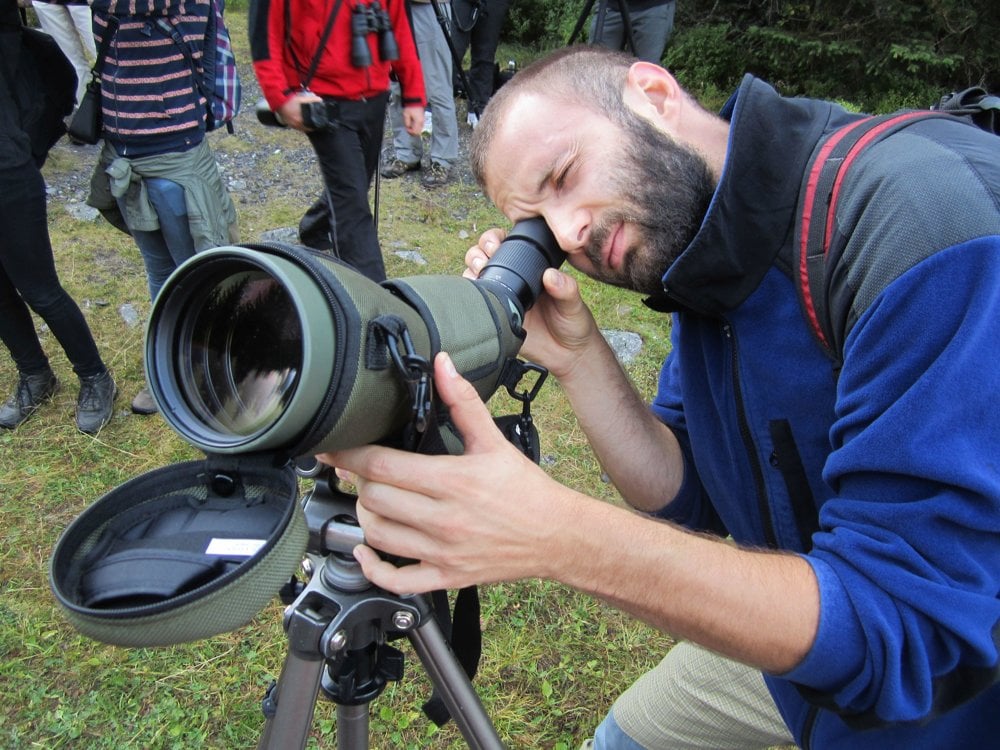 Slovakia is an ideal place for birdwatching. (Source: Kristína Hamárová)

“Of course, to a large extent, success is dependent on the presence of local experts,” says Kalaš. This idea is shared with the sole travel agency focused on animal watching, Watching.sk, which started in 2011 targeting bird watchers but added bear and deer watching later. The agency managed to fill their first bear-watching tour with 18 people.

“People are more fascinated by watching bears in the wild nature than if we took them somewhere near trash containers,” Ján Dobšovič , the owner of Watching.sk, told The Slovak Spectator during a bear-watching trip in the High Tatras. “That’s why we also try to communicate with local guides at each location.”

Perhaps it is symbolic that the Malá Fatra National Park has a bear in its logo. Kalaš believes that if used reasonably, the bear could be a marketing tool to raise awareness about the need to preserve nature.

Bird lovers come to Slovakia mainly to see scenes of thousands of birds in flocks, mostly cranes, that are usually left for documentary movies.

“Each part of Slovakia has something to offer for visitors who might have come only for birdwatching,” said Jozef Ridzoň, manager of the Slovak ornithological society BirdLife Slovakia.

In Slovakia, 41 Important Bird Areas have been identified but only a minority of them are designated Special Protection Areas. These areas account for 26 percent of Slovakia’s territory. The total number of bird species, according the Slovak Ornithological Society, stands at 351, among which 222 have been nesting here. Among the most common species are finches and the goldcrest, but birdwatchers also look to Slovakia for a number of valuable species of woodpecker unique to this country. 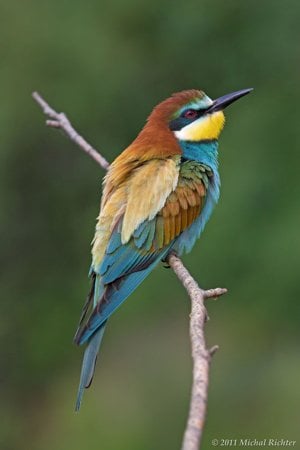 Bee-eater (Merops apiaster) is one of the most colourful birds living in nature in Slovakia. (Source: Michal Richter)

Birds of prey are a particular focus of birdwatchers in Slovakia. According to NGO Raptor Protection of Slovakia, around 19 kinds of raptors and 10 species of owls nest in the country. The Red-footed Falcon is an endangered species. Though all species are weakly protected and endangered by intensification of agriculture and deforestation, the number of people who recognise the importace of birds including land owners, hunters and municipalities is increasing.

“We are working on a project for saving this species, and we believe that we can prevent its extinction in this country,” says Lucia Deutschová, head of the NGO Raptor Protection of Slovakia. “We are happy that instead of using chemical substances which harm the soil, animals and people, there is a focus on environmentally friendly approaches which increase the diversity of species in the country, however raptors and owls are still endangered by intensification of agriculture and deforestation.”

Birdwatching is growing in Slovakia thanks to foreign tourists, particularly from England.

“The Royal Society for the Protection of Birds has at least 1.5 million members, which means there might be more than 2 million watchers, which makes us focus on this foreign market,” said Dobšovič.

Thanks to its biodiversity, Slovakia offers more possibilities for birdwatching than other countries. Valuable mountain species like eagles or forest owls, as well as steppe or wetland species like herons and grebes, inhabit the environs. Though the possibilities are growing, Ridzoň still suggests that “the sore point is the local infrastructure, which is only starting to be built”. 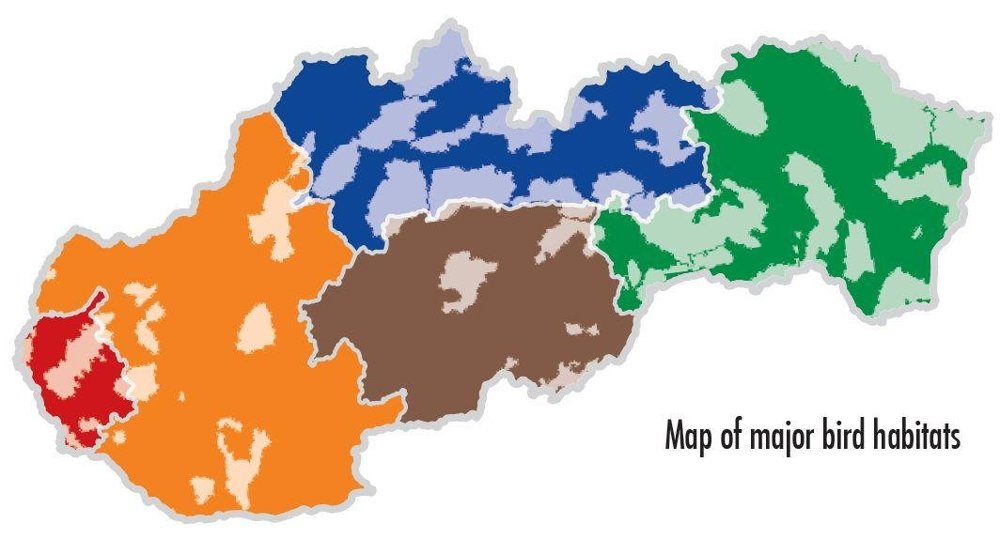 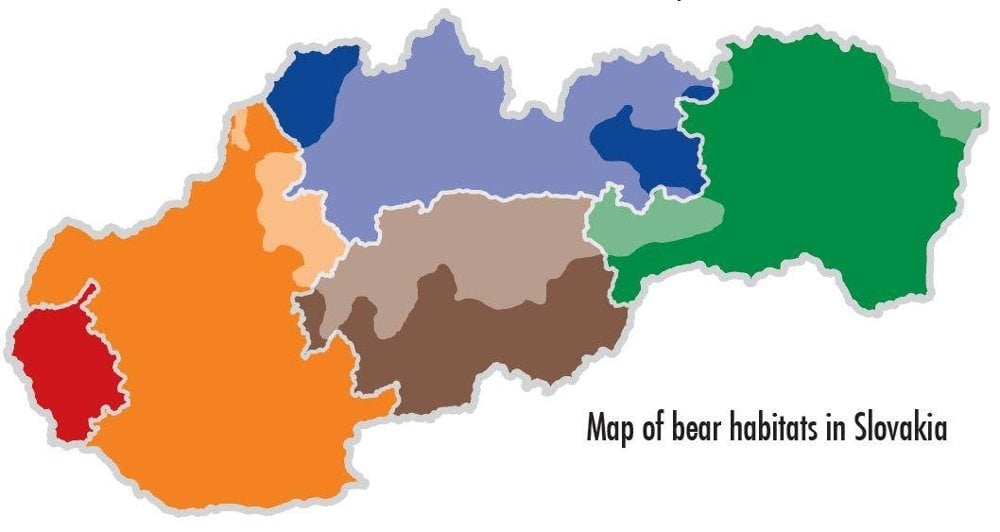 Fatranský spolok
An NGO focused on research and monitoring of brown bears in the National Park Malá Fatra, also offers bear watching in the park.
www.malafatra.org

Bears in Slovakia:
Most experts agree that at present there are between 700 and 900 bears in Slovakia. However large territories and a secretive life style make it hard to determine their exact number. The best areas for bear watching: There are bears in most mountains of central and north Slovakia, including, but not only – High, Western, Belianske and Low Tatras, Veľká and Malá Fatra, Slovenské rudohorie, Poľana, Strážovské vrchy and Východné Karpaty.

Birdwatching:
In Slovakia there are around 360 bird species and 225 breeding species. Places for birdwatching:
- Old beech wildwoods in the eastern part of the country (mostly in the National Park Poloniny) with valuable species of woodpeckers or widespread wetlands, mosses
- Forests in the Orava region, home to rare owls
- Ponds near Senné (eastern Slovakia) or around the Danube River, where thousands of birds stop during their migration.

Raptor Protection Slovakia
An NGO which offers a lot of online information about birds of prey and owls in Slovakia, organises special walking tours for observing these animals in the wild.
www.dravce.sk