EXTREMELY hot weather from which Slovakia suffered this year is beyond the expectations of climatologists. 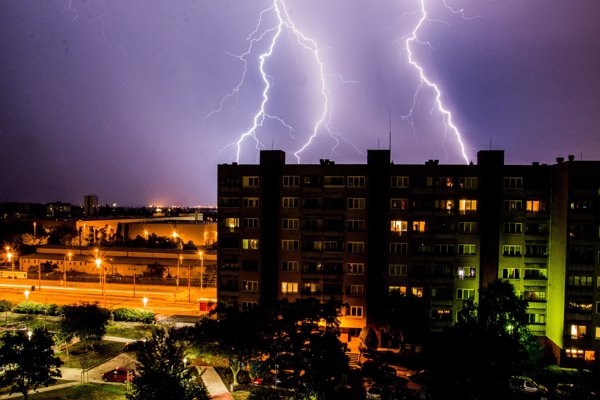 “What we are witnessing now should have occurred only in the middle of this century,” climatologists Alexander Ač, Pavel Matejovič and Jozef Pecho wrote in an open letter to the president, the government, and the parliament, as quoted by the TASR newswire. “The reality is thus much worse than the most pessimistic climate scenarios.”

They also warn that climate change poses a civilisational threat.

“Slovakia may expect a similar fate as drought-suffering California where the farmers fight for every litre of water and leave their ravaged farms en mass in order to survive,” the climatologists continued. “Our country may very soon join the countries where water is a scarce resource and where it will become more expensive and less accessible.”

The problematic area may be especially agriculture where the lack of water will result in higher food prices. The climate in southern parts of the country may change into that of steppe regions.

Climatologists have also been pointing to the weather extremes and droughts which result from global warming, but they have not received an adequate response yet.

“Thus we call on all politicians to behave responsibly,” the climatologists said, as quoted by TASR. “We assume that the support provided by the Slovak government to the automotive industry should include also the risks linked to the consequences of climate change. The adaptation measures to climate change should thus not stay on paper and should not have a declaratory character.”

Among the adaptation measures the country needs to adopt are also those concerning water management and effective use of water resources. The lakes, ponds, or polders should be used for this purpose. During the rains they should be filled with water which may be then used for other purposes. Also forests, swamps, wetlands, and alteration of agricultural and forest land play an important role, and may serve as the flood-prevention measures, the climatologists said.

“Climate change is and will be one of the most serious problems of central Europe and Slovakia,” Pavol Široký of Greenpeace Slovensko said, as quoted by TASR. “Thus it is sad that the government does not create sustainable jobs which do not contribute to deterioration of the climate. The support to the automotive sector, unfortunately, helps the sector which is the only one where the consumption of fossil fuels, and also CO2 emissions, has increased in the past 20 years.”

The government should support energy savings and renewable resources rather than the automotive sector and quarrying and burning low-quality brown coal, he added.

The Environment Ministry claims it tries to stop climate change. The problem should, however, be solved also on the global level, said its spokesperson Maroš Stano. He also said that Slovakia in this respect supports European Union policy, as reported by TASR.