Roman Cuprik
Cycling at dawn on a route along the Danube River. (Source: SITA)

This regularly updated feature on cycling in Slovakia includes practical tips and suggestions for easier or adventurous routes, including downhill cycling.

As Slovak cyclist Peter Sagan has been successful since the 2010 Tour de France, the whole country is showing more signs of what media call the “Sagan effect”.

The popularity of cycling led to increasing bicycle production, more cycling events and greater investments by municipalities into cycling routes. 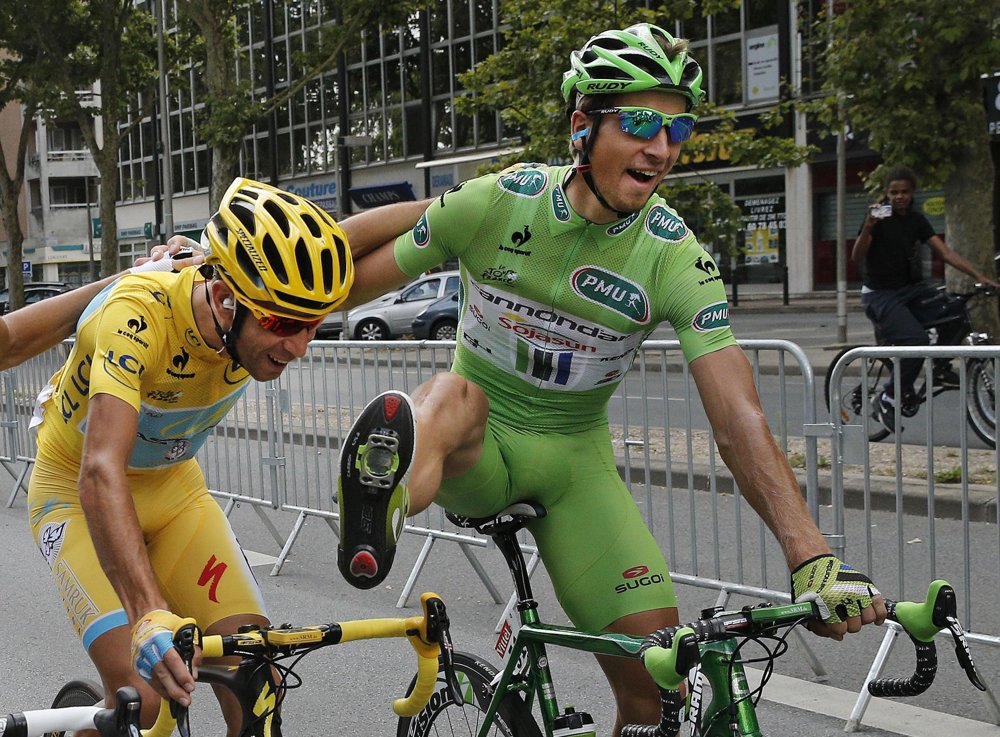 The success of cyclist Peter Sagan has made the sport more popular in Slovakia. (Source: TASR/AP)

The great potential of cyclo-tourism in Slovakia became obvious and significantly improved infrastructure and an increase in the number of refreshment stands and resting points for cyclists have followed. A huge advantage for Slovak cyclo-tourism is its topographical diversity. Most regions have great variations in terrain, with hills for the experienced and flatlands for beginners and families. There is also a fair share of adrenaline-packed off-road rides and beautiful sightseeing in the Tatra mountains or on trips to visit castles.

“The benefit of our cycling routes is that most of them lead to some historical monuments, water reservoirs or great heights,” said Marek Michálek, the owner of Cyklomania.sk, an e-shop and news website. “Thus, there is no problem visiting historical castles, jumping into water or eating in local pubs during a cycling trip.”

More experienced bikers will enjoy Slovak routes that offer hilly terrain and somewhat rustic infrastructure, according to Ľubomír Mäkký, the founder and editor of hiking webpage Hiking.sk. “Slovakia is paradise for adventure lovers,” he said.

One popular place for bicycling is the Liptov region since its routes mirror the path of minor roads. Many forest tracks lead to local natural and historical monuments offering beautiful sightseeing. Trail markings have significantly improved in past two years, and bikers can plan great cross-country trips there. There is also the possibility to explore nooks of Liptov with guides of the BIKE&MOTION initiative during special programmes for cyclists, which also include accommodation. 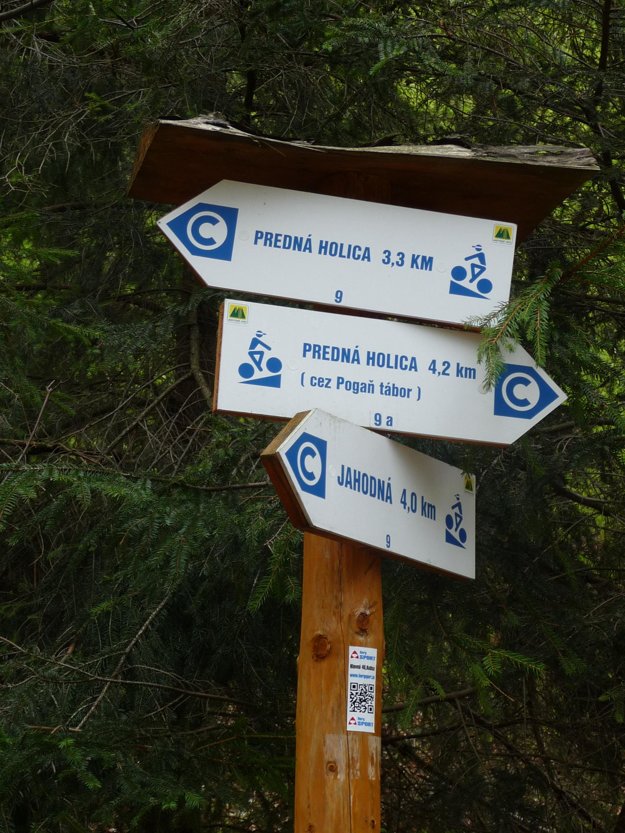 Moreover, there is a bus for cyclists travelling around the region from Podbanské to Vlkolínec.

Besides official marked routes and good quality roads close to local towns, there are plenty of unmarked routes which are more demanding, Jozef Mašura, the webmaster of the MTBiker community webpage said.

After a trip, visitors can relax in two of the most well-known Slovak aquaparks Tatralandia and Bešeňová, Mašura said.

Another great mix of cycling, history and relaxation opportunities is found in the Rajecká dolina valley. This region offers well-maintained roads with good markings, one of the biggest fortified constructions in Slovakia, the Lietava Castle and a resting point in Aphrodite, one of the country’s most attractive spas, in the town of Rajecké Teplice. The Štiavnické vrchy mountains offer a great mix of mountain biking, road cycling and culture with good marking, information boards and infrastructure. Many of the paths formerly served as mining roads, and tourists can still see tajchy, the artificial water reservoirs. The surroundings of Banská Štiavnica, however, are quite hilly.

“We do not recommend this route for beginners,” Mäkký said. “It is very challenging, especially physically.”

Very interesting but at the same time very demanding routes are found in the Orava region’s Oravská Magura mountain range and the Skoruši nské vrchy hills.

Elsewhere, Donovaly village and Banská Bystrica city surroundings offer a variety of cycling opportunities. Most of the 42 cycling routes totalling 375 kilometres are recommended for skilled bikers, with some reaching the peaks of nearby hills. 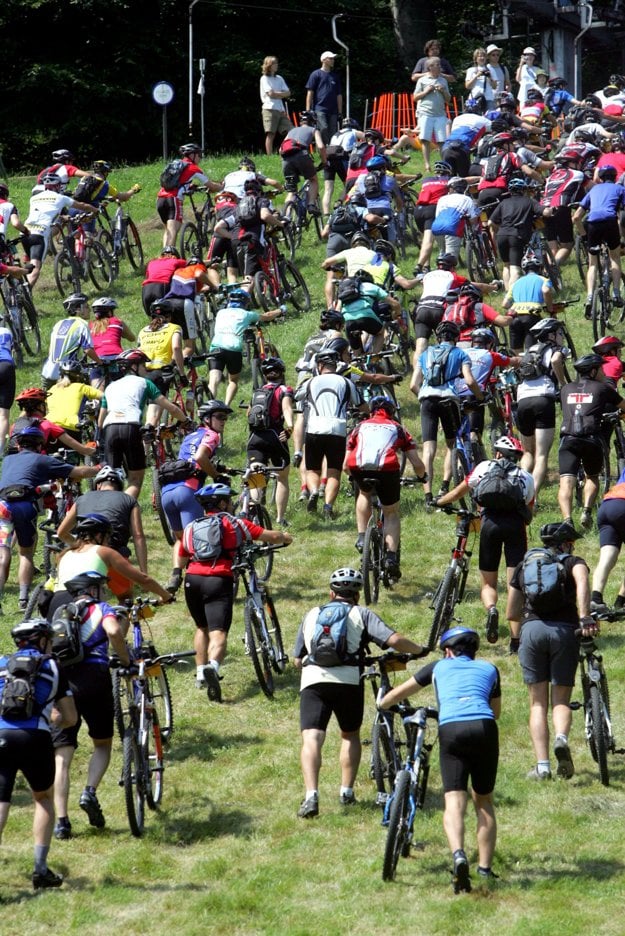 On some cycling routes one might get into a traffic jam. (Source: SME)

Several routes are less demanding and good for family trips, according to Tomáš Červenka, the founder of MTBiker. When Slovaks refer to the “Pride of Slovakia” they usually mean the High Tatras, the country’s biggest mountains. One of the routes called The Road of Freedom crosses several Tatra villages and joins the Western, High and Belianske Tatras, with a total length of 46 kilometres and an elevation gain of 590 metres. According to Mäkký, the roads are of a good width, and cyclists will appreciate the option to take a rest on the Tatra Electric Railway. Some routes lead to Popradské pleso lake, Sliezsky Dom mountain hotel or Hrebienok ski resort. Rules are strict in the Tatras to prevent damage to nature, so cyclists must stick to marked routes.

Older or less experienced cyclotourists should in general try regions with lower elevation differences or plains like the Danube Lowland, the Tokaj region, routes in Slovenský kras (karst) National Park or the Turiec region, Ernest Rusnák, the head of cyclotourism section of the Slovak Tourists Club said.

Bike trips in and around Bratislava

For easy rides the capital of Bratislava may be the best option. One popular route along the Danube offers all the luxury one can imagine: an excellent smooth surface divided for both cyclists and roller bladers and numerous refreshment stands along the way, as well as the appeal of one of Europe’s largest river systems. The route attracts thousands of cyclists every weekend, and it is not uncommon to experience crowded traffic jams during the spring and summer.

On the other hand, there are also plenty of routes offering a more peaceful journey, where the only company will be deer and birds. This is the more tranquil reality of cycling outside Bratislava, which has much to offer for both recreational and more experienced cyclists. 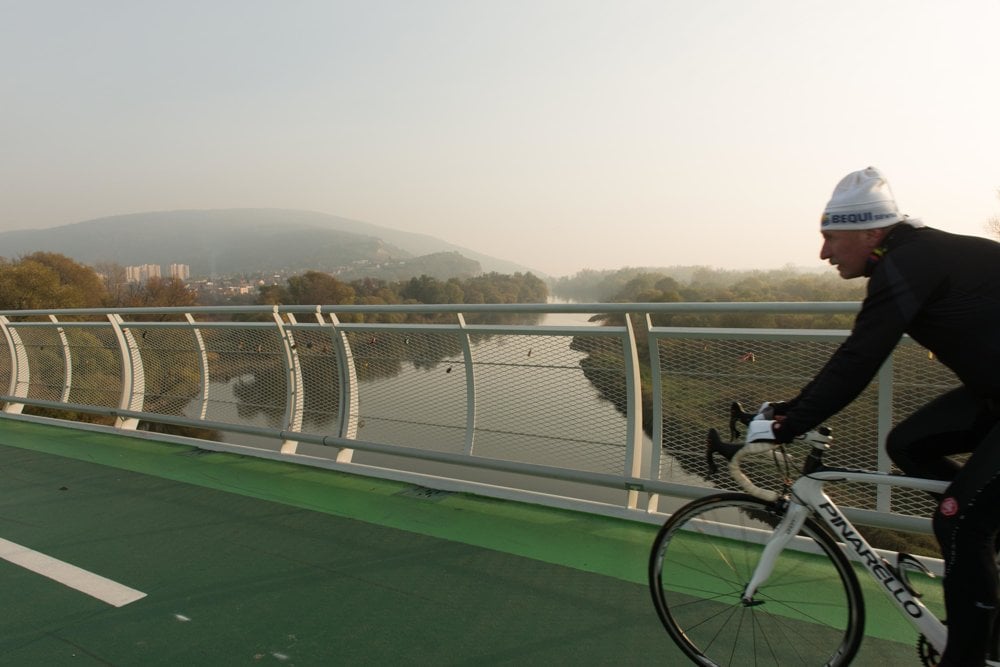 “There are wetlands, which attract various birds,” said Andrej Daňo, a 25-year-old medical student from Bratislava. “When those fields are flooded it is simply pure romance.” There are more than 100 kilometres of cycling routes in the city of Bratislava, and another 800 kilometres of paths and roads to navigate across Bratislava Region. This is quite a lot for an area slightly larger than 2,000 square kilometres. The advantage of having many roads in a small area is that cyclists can plan a new route each time. Moreover, even if they are outside of the city, those routes are properly maintained, and dirt or fallen branches caused by storms are removed within days, said Rudolf Buci, a 28-year-old IT worker from Bratislava and cycling enthusiast.

Most parts of the country are hilly, and it often happens that the elevation differences of some marked cycling routes are more than 600 metres, Rusnák said. The less experienced need to plan trips in advance to avoid complications. “I am witness to many foreign visitors in Slovakia travelling by caravan across our country with bicycles on their roofs,” Rusnák said. “Since some routes are more demanding, many [tourists] do not use them or use just a small amount of them.”

However, what is a problem for one biker may be a delightful experience for another. Besides unmarked off-road routes, Slovakia has great number of ski resorts that cater to downhill bikers. Some of the best known downhill routes of good quality and varying difficulty are at Malinô Brdo ski and bike park, Jasná in the Low Tatras mountains and bike parks in Bachledova dolina valley or Kálnica, Rusnák said. 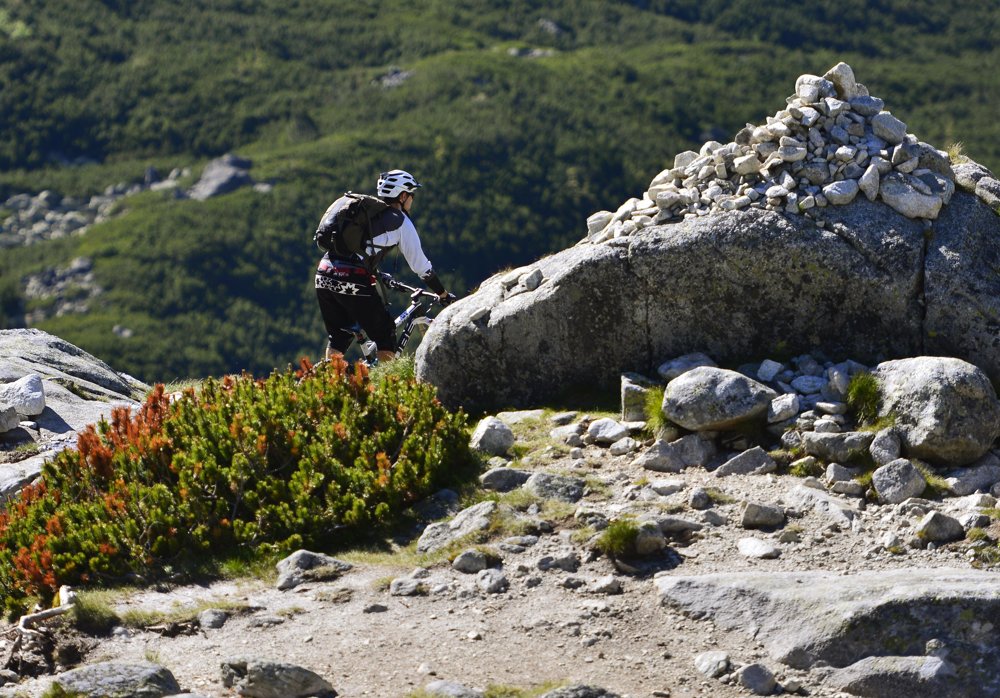 Cyclists in the High Tatras should stick to marked routes. (Source: TASR)

Be prepared in Slovakia

In recent years, Slovak routes have improved a lot. Many have good markings and better infrastructure than in the past thanks to funding from regional tourism agencies, regional municipality offices, EU funds or various foundations, according to Rusnák.

However, the infrastructure is still behind that of its western counterparts, especially in localities rarely visited by tourists. Some lack the proper bicycle repair services, so cyclists should not forget to take a small repair kit with them, Mäkký said. Further more, some accommodations are not bicycle-friendly, and people should map out lodgings in advance to be sure.

Public transportation still does not accomodate larger numbers of cyclists . Trains have space for just a few bicycles, and buses usually do not take them at all, according to Mäkký.

Sagan said that even Slovak drivers are not always considerate towards cyclists and bikers in general, and he advises travellers to use third-class roads to avoid heavy motor traffic.

Cyclists should always carry a snack and a bottle of water, because sometimes they might struggle to find refreshment stands for a long time, said Miroslav Langer, the administrator of Cyklowebka webpage.

“People should be prepared for a whole day without a refreshment stand,” Langer said. “But in any case, they can plan a trip to start and finish in a place with accommodations and catering.”