This regularly updated feature on golf courses in Slovakia includes information on developments in the sport.

Golf inspires a passion unlike any other, and the game appears to be inexorably linked (pun intended) to a people and a nation as it finds its way into the 21st century.

Slovakia is no different in this respect than China and India. Both of these countries have burgeoning golf industries, and it was my experience during visits to nine Slovak golf clubs that golf is well on its way to coming of age in Europe’s Green Spot despite significant odds against it.

For signs of golf taking hold in Slovakia consider that two courses of Slovakia were selected for the 2015-2016 list of the Top 100 Golf Courses in Europe, both in Penati Golf Resort, located near Senica.The resort as the first Slovak golf course received this distinction already in 2014. The big are getting bigger. White Eurovalley and Black River, two large, established golf courses near Bratislava, merged into one full-service golf resort Black & White Golf Resort in two locations in 2009 and offer a total of 55 holes of golf of varying difficulty to enthusiasts. In Penati, you can find two 18-hole courses, The Legend and The Heritage. Gray Bear Golf in Tále, Slovakia’s first championship course, continues to host major European tournaments. Furthermore, expansion remains a key element of the business plans of the smaller, for example nine-hole course and Košice. The newest one was built in Trenčín.

According to several players, the Golf Resort Black Stork. at the foot of the High Tatras, has the most picturesque scenery in Slovakia. 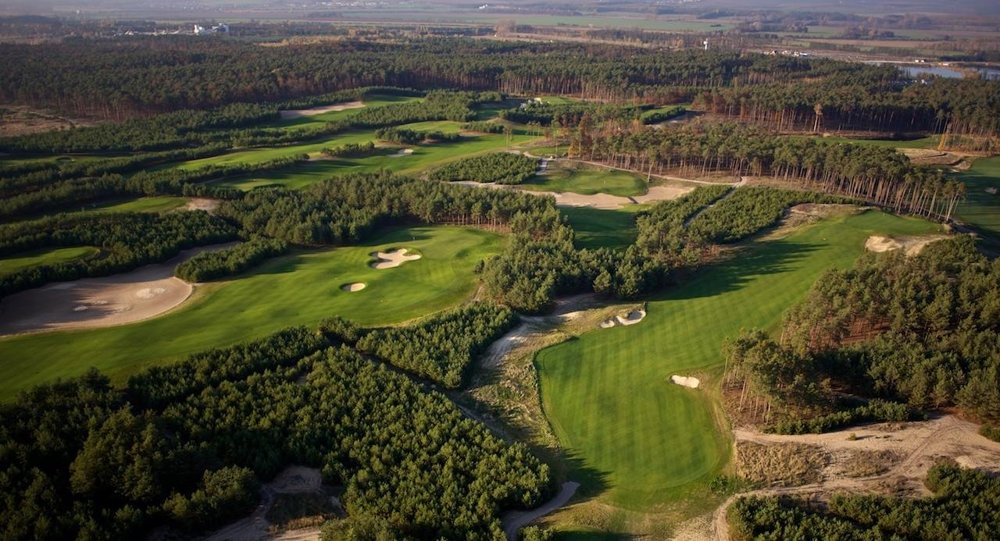 Making golf a tradition in Slovakia

However, despite the successes, establishing a golf tradition in this former communist-era state is an uphill battle – and in an effort to explain the current state of golf in Slovakia, I’ve identified a number of factors driving forward both the game and the golf industry as well as those “hazards” restricting growth.

Factors working for it: the nature of the game itself and Slovakia’s transition into a European country with a capital E. Factors working against it: an archaic system of land ownership and a legacy of communist-era attitudes toward this, the poster child of decadent western capitalistic values.

Let’s start with the positive forces. First, Slovakia is an ideal place for golf courses. It’s beautiful and golfers love beautiful courses. There are few places worldwide that can compete with playing Black Stork in Veľká Lomnica (northern Slovakia), each hole framed by the stunning High Tatras. Gray Bear in Tále (central Slovakia), in the verdant Low Tatras, is similarly captivating. Meanwhile, Black River in Bernolákovo, just outside Bratislava, boasts a castle as its centrepiece and has a breathtakingly difficult final 12 holes, especially the seventh. Golfers may be chasing a white ball but they do, on occasion, look up and they want to see something worth looking at. There’s a lot of that in Slovakia. 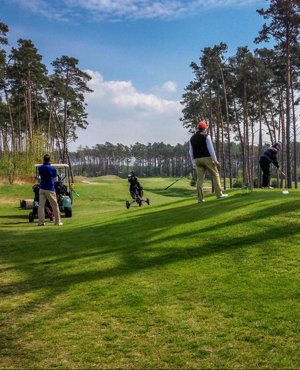 The number of golf resorts in Slovakia is on the rise. (Source: Courtesy of White Eurovalley Golf Park)

Second, Slovakia bleeds competitive sport and there is nothing more competitive than golf. Golfers compete with themselves – they pit their skills against the hazards and challenges of each hole. They compete against the golfers they are playing with or compete against their own handicap (the marvellous system that allows golfers at differing skill levels to compete), so they can use that handicap to compete against golfers they don’t even know. Tournaments, of which there are many in Slovakia, encourage and reward competition between various golf clubs and various regions. With the entry of golf into the Olympics and the desire of Slovakia to be noticed worldwide, international competitions are on the upswing.

Third, Slovakia loves programmes for its school-aged children. Every course I visited had programmes in place for pre-teens and teens to learn and to play competitively and for fun. Many, like the Golf Resort Skalica (western Slovakia) and Golf Park Rajec (northern Slovakia), have summer and after-school programmes for kids and a significant investment in practice ranges, chipping and putting greens, and golf instructors geared for young people. Wherever kids go, so go parents, and kids who golf do grow up to be golfers.

Furthermore, golf is inherently a family game in Slovakia. As many women play as do men – I observed many foursomes made up of two couples – and players come in all ages.

Golf as a business for Slovakia

Fourth, there’s this economic transition going on in Slovakia. The middle class is growing, and more and more of the haves want what haves in other countries have. Golf is, after all, an instantly recognisable status symbol. The courses I visited were full of golfers on weekdays as well as weekends. There are hundreds of tournaments, many of which are what Americans call golf outings – an event sponsored by a business to reward and to attract clients and customers. At Tále, there is even a full-time employee charged specifically with serving and developing this business.

Additionally, golf itself is a lucrative business. Revenue from club memberships and expensive greens fees and rentals – electric carts can rent for as much as €80 at one course – can add up. Most players are members paying an annual membership fee upwards of €800 as well as a healthy maintenance fee. Most courses are attached to either own hotel or one in the neighbourhood. Players, including those from Hungary, Austria and the Czech Republic as well as from other regions of Slovakia, travel to various courses easily and they need to eat and sleep and shop somewhere.

Fifth, golf fits into the Slovak club-ethic, that practice of gathering folks around common interests, particularly when it comes to sports. The Black Stork Golf Course opened five years after the club that made it happen was formed, according to Ivona Bestvinová, the golf manager at Black Stork. There are 27 clubs registered in the Slovak Golf Association. It boasts more than 7,600 dues-paying members, and the numbers are increasing. 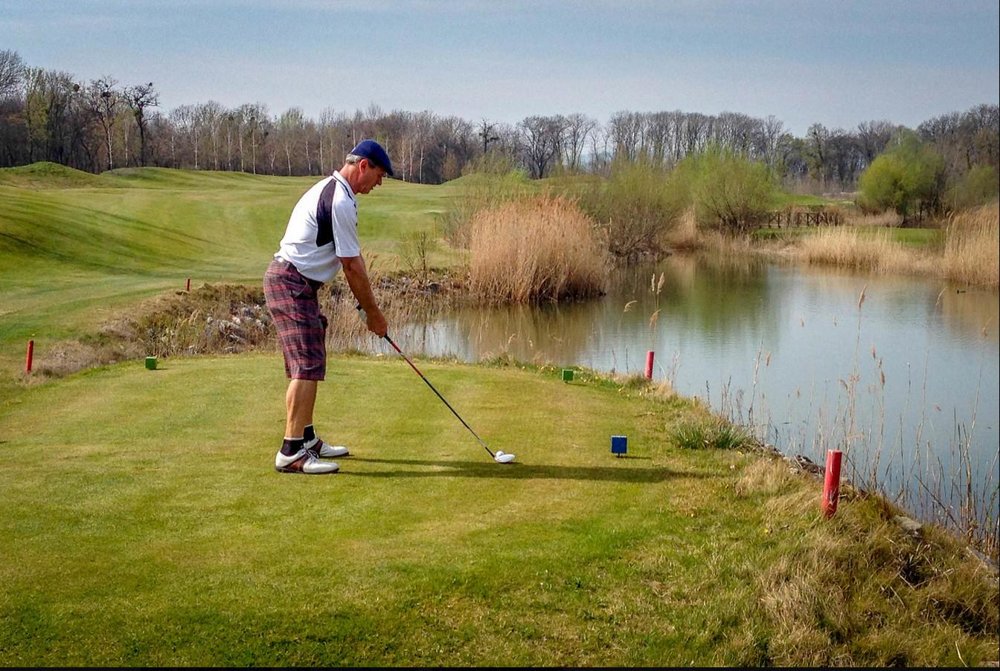 So, it seems apparent that golf is alive and well and beginning to thrive in Slovakia. The number of courses now exceeds 20, yet, most courses were not open before 2003 and several have opened or expanded in recent years. When, for example in the Czech Republic there are more than 100 courses,. a prediction of robust growth in Slovakia seems pretty optimistic. For golf to grow and prosper in Slovakia, additional courses are needed. Several retirement complexes in South Florida, for example, have 12 courses within easy driving distance.

What exactly is keeping golf from reaching its potential?

Foremost is the difficulty of acquiring tracts of land in Slovakia large enough for a golf course. Land can be acquired but every golf manager I interviewed had horror stories about how long it had taken to patch together the land they have now. The average is 13 years. And often the land is not owned but leased.

Two real estate practices conspire to compound this difficulty. The first is the Slovak tradition of partible inheritance, the practice of dividing inheritable land among heirs rather than keeping the estate (or the farm) in one piece. Land plots got smaller and smaller so one hectare of land might have 40 or more legal owners. Add to this the policy introduced during the communist era that land ownership was not individual but communal. As a result, real estate ownership records were largely ignored from 1948 to 1965. Slovakia began untangling this mess in 1989, but it is a slow and arduous process.

A second and equally vexing issue is the Slovak governmental mindset regarding golf. Any gardener can tell you that in addition to fertile soil, plants need nurturing and care to thrive. In addition to removing leftover legislative barriers, governments need to promote the industry in order for it to survive. According to European Golf Club Owners Association President, Alexander Baron von Spoercken, “the financial contribution of golf across the EU is in the region of €15 billion and that it employs in excess of 400,000 people”. 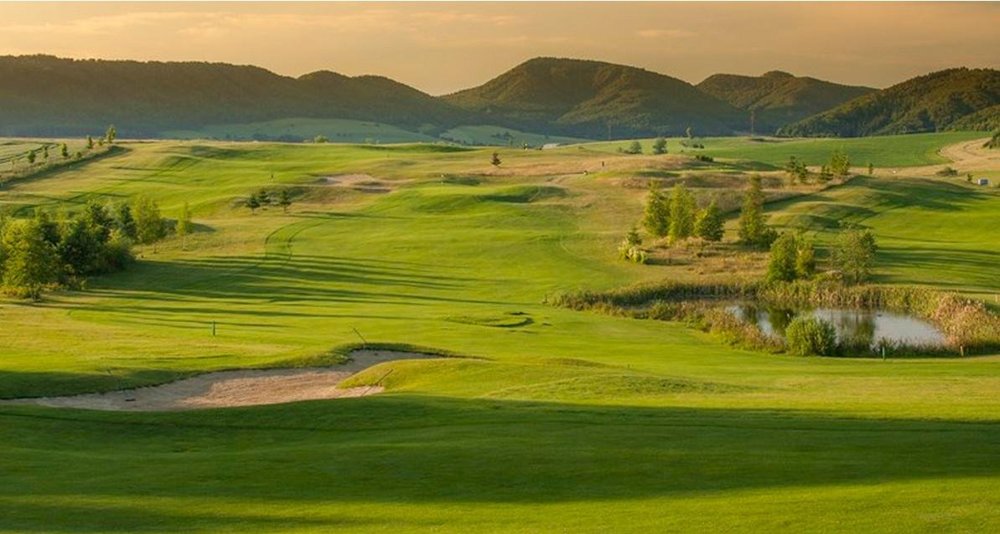 Several golf managers made it clear to me that the majority of government officials see the game as a frivolous pastime, not as a job and revenue-generating industry in a country that could use a few more job and revenue-generating industries. When they show up to play, it is never in an official capacity. In fact, they try to remain as anonymous as possible, fearing voter backlash.

“Golf is for rich people!” according to a tourist information manager in Stará Ľubovňa. “Now hockey, that’s a different story.” While this attitude is not universal, it is prevalent. Counteracting this sentiment will take time and effort, preferably coordinated effort between existing golf clubs and local and national governments. The competition, particularly from the Czech Republic, is keen. However, none of the Czech Republic’s more than 100 courses were listed in The Top 100 Golf Courses in Europe.

Currently there seems to be little tradition of cooperation between competing Slovak golf clubs beyond honouring each other’s memberships, and the government appears unwilling to encourage much less facilitate growth and development of this industry. Coordinating marketing of the concept of golf might be a place to start.

Still, the passion for golf is intense and the entrepreneurial nature of Slovakia’s emerging moneyed middle class will keep the game alive. Courses have plans for expansion: several will add nine more holes and additional training facilities, hotels and resort facilities.

One last golf aphorism: a good drive on the 18th hole has stopped many a golfer from giving up the game. So far, the Slovak golf community continues to hit good drives on the nation’s 18th hole and the game, the sport and the industry gain momentum with each new convert. Perhaps it is only a matter of time before the state-run Slovak Television will offer its version of The Golf Channel to adoring fans to help them snooze away a lazy Sunday afternoon.