The Museum of the Slovak National Uprising in Banská Bystrica. (Source: Jana Liptáková)

Banská Bystrica will continue to be featured prominently in textbooks charting modern history because it served as the headquarters of the heroic but ultimately defeated Slovak National Uprising (SNP), one of the largest resistance movements in Europe against the fascists during World War II.

The SNP, which began on August 29, 1944, is not very well-known outside Slovakia, and it was fairly quickly extinguished by the Nazi German army occupying Slovakia. But it was to play an important role in shaping the post-war settlement and Slovaks’ sense of identity both within and beyond their country. By rising against the Nazi-allied Bratislava government and joining the fight against Nazi Germany, the rebels earned Slovaks a place among the ranks of the victors in 1945.

World War I and II Memorials in Slovakia

World War II and its aftermath are remembered at the SNP Museum, an essential stopping point during a visit to Banská Bystrica. Located close to the town’s communist-era quarter, where a three-metre high statue of Lenin previously stood, the museum itself is a unique architectural oddity: a huge concrete structure in the shape of a Slovak folk hat, cleaved in two.

In the centre of the two hat halves is a statue by Jozef Jankovič called The Victims are Warning. There is also a symbolic grave of the unknown soldier and eternal flame of peace. Despite being filled with military regalia, the museum is careful not to glamorise either the war or the insurrection, instead placing what happened in Slovakia in a wider historical context. It does not dodge the most unsavoury aspects either; the plight of Slovakia’s Jewish population is fittingly remembered. 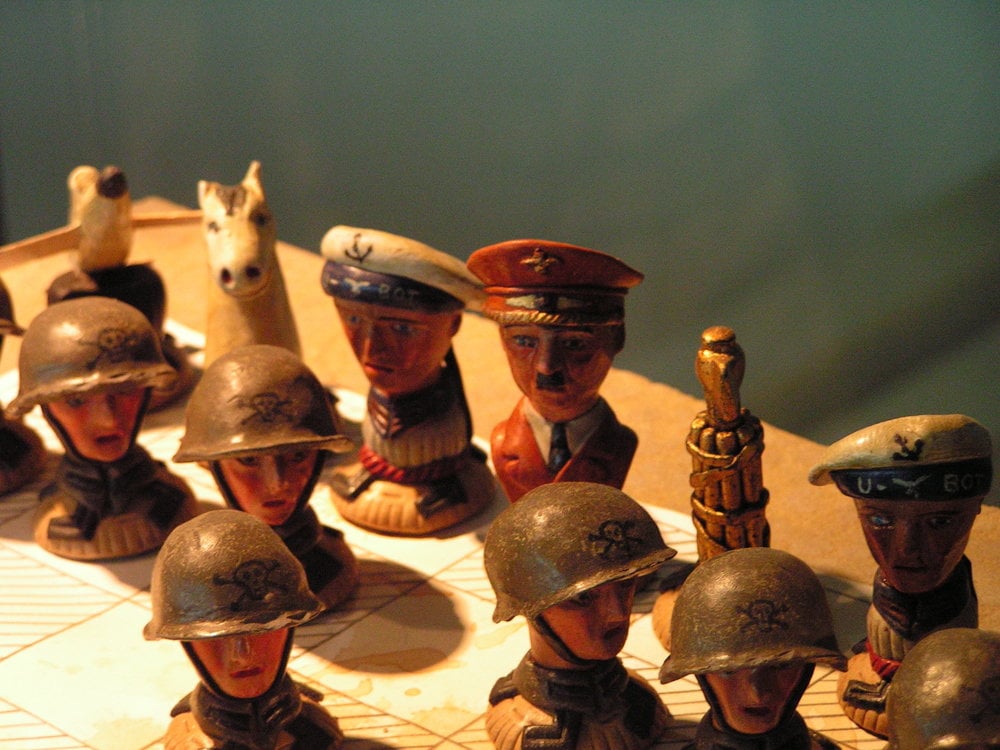 Hidden high in the mountains, 30 kilometres from Banská Bystrica is the small village of Kalište. These days, it consists only of two houses and a small chapel. Nobody has lived here since 1945, when what was once a vibrant village was awash with blood. It was an ideal place for partisans who had taken part in the SNP to seek supplies and, occasionally, shelter in the winter of 1944-5.

The village is the only one of 102 villages across Slovakia destroyed in reprisals by the Germans and their local proxies in 1944 and 1945 that was not rebuilt. Two months before the end of the war, and five days before the liberation of Banská Bystrica, Kalište was torched by Nazi German troops. Fourteen citizens and 32 partisans were killed, many burned alive. Milan Kaliský was in Kalište that morning. “It was dark, maybe about five o’clock in the morning,” Kaliský said in an interview. “There were screams everywhere and we heard shots. Nazis entered and took us out of our homes. Anyone who couldn’t move was burned in their house. Other people stood in the middle of the village and waited. We waited the whole day in the snow. Then the Nazis torched almost all the houses in the village, some with injured people still inside. We watched as our houses burned down.” 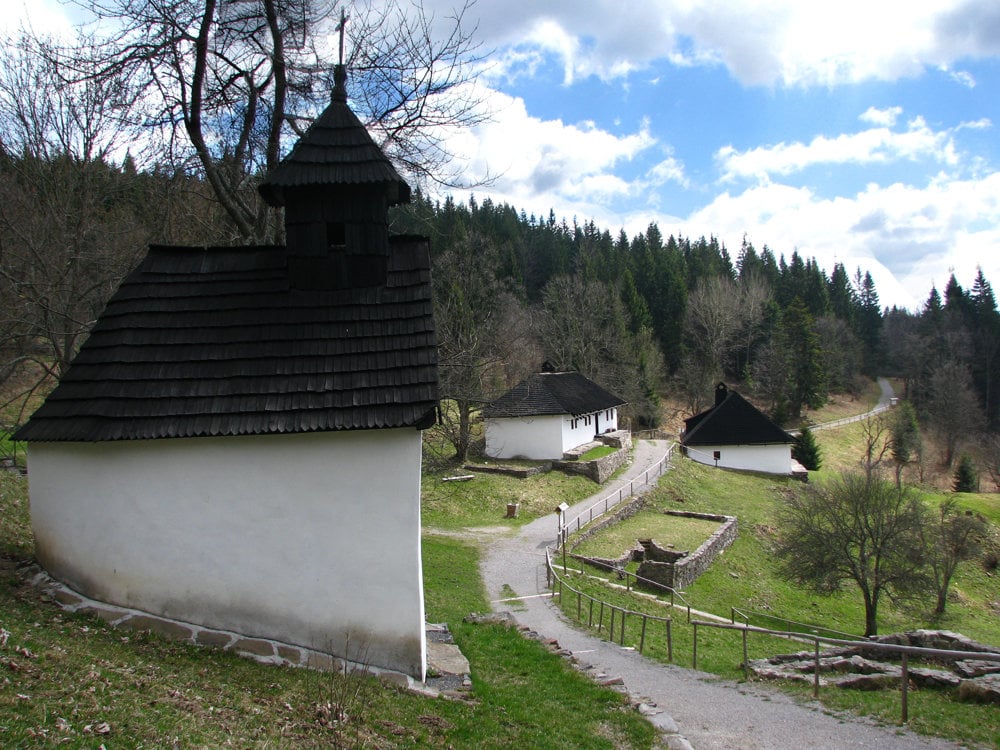 Kalište, one of 102 villages destroyed by the Nazis. (Source: Lukáš Onderčanin)

Only two houses now remain; stone foundations mark the sites of the other 36. Around the site information boards were erected, but only two address the massacre. Roman Hradecký, director of the Central Slovakia Museum in Banská Bystrica, explains that the rest – and indeed the whole site – is intended to celebrate the lives of the people who lived here rather than just dwell on their fate.

Historians with the museum have researched recipes for the local food enjoyed and the songs sung here and have found photographs of the villagers to illuminate the displays. Hradecký says that what emerged most strongly from the research was the role played by women.

Kalište’s main industry was burning wood for charcoal. As a result, the men were away for long periods in the surrounding forest, and it was left to the women to run the village, raise the children and haul supplies by foot up the back-breaking road from the valley below.

In 2008 the SNP Museum established what it calls a Garden of Life on the site, with a tree planted for every Slovak village which suffered a fate similar to Kalište’s, with details of each village presented next to the tree. 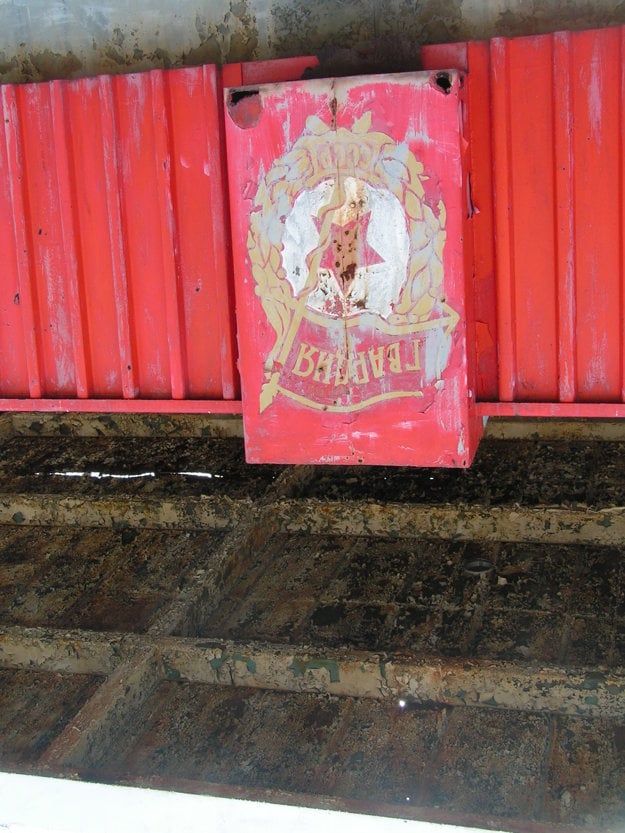 Visitors do not typically go to Svidník for the city’s architecture but for its role in recent history. The Svidník district was one of the first places in Slovakia to be liberated by Soviet and Czechoslovak forces from Nazi German occupation in 1944. The Allied units forced their way from Poland and through the Dukla Pass, north of Svidník, in a hard-fought battle that began in September 1944.

According to historians at Svidník’s Military Museum, this so-called Trans-Carpathian Operation was not part of the Soviet strategic plan, which had involved crossing Poland and heading straight toward Germany. The decision to instead commit significant forces to an advance through Slovakia was a response to the SNP.

But the speed with which Nazi Germany occupied Slovakia, crushed the SNP and proceeded to reinforce the country with up to 20 divisions meant that the Dukla battle took much longer than was planned: Soviet strategists had expected to reach Prešov in five days, when, in fact, it took them more than four months.

Across the expansive grounds of the Military Museum in Svidník, which is laregely an outdoor museum, march a row of World War II tanks, armoured cars and even aeroplanes. There is a Soviet war memorial marking the mass grave of at least 9,000 unnamed Soviet soldiers who died in the area, a testament both to the soldiers and to the scale of the fighting.

North-east of the town, towards Dukla, preserved tanks and fighter planes appear by the roadside as memorials. A Russian and German tank facing each other mark the entrance to the so-called Valley of Death, where some of the fiercest battles took place. Near the village of Hunkovce is one of several German military cemeteries, where more than 300 soldiers are buried. 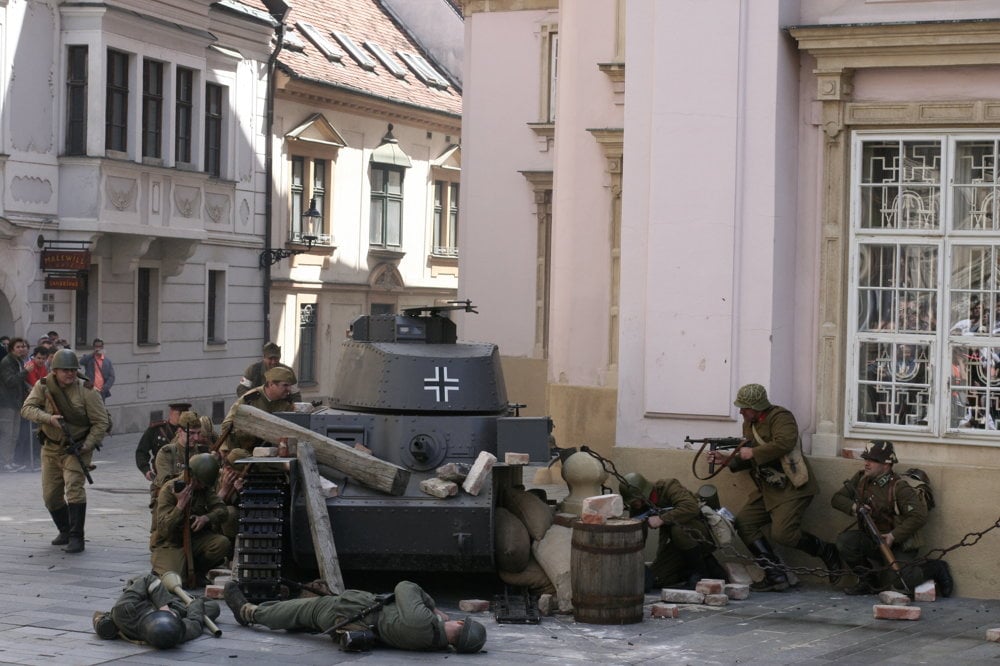 On anniversaries WWII fights are being re-enacted in Slovakia. (Source: Ján Pallo)

The fascinating central fortress in Komárno, once the largest and most powerful construction in the whole of the Austro-Hungarian Empire, is a stark and magnificent example of military stolidity; a structure of prodigious scale, at one time besieged by the Tartars, Ottomans, Napoleonic troops, countless floods and two earthquakes but rebuilt, strengthened and enlarged each time. At the end of the 19th century, its capacity was 200,000. Later, in the mid-20th century, 8,000 Soviet soldiers were garrisoned at the fortress for 23 years, all but unknown to the residents of Komárno town, who estimated the number of their secreted neighbours based on the quantity of bread delivered each day.

Now the fortress is out-of-use after its most recent residents, the Slovak army, left in 2003, and visitors can explore it with guides, look at historical expositions or wander through a place that feels like a sprawling ghost city. Even the extremely knowledgeable guides admit that some areas remain unexplored. Tunnels with entrances within the fortress may lead all the way under Komárno; no one has yet found out.

The fortress is situated on the border between Slovakia and Hungary, on a pointed jut of land where the Váh-Danube spears inland from the Danube.

An application is pending to have the fortress included on the UNESCO World Heritage List. The sheer size of the buildings means full renovations would be costly, though some of the reconstruction is already complete. But as reconstruction and renovation work continues, some of the appeal of the fortress might inversely be lost. It is most intriguing in its current abandoned and decaying form, where exploring within its walls feels like traipsing across an apocalyptic movie set.

Events
May:
B Bratislava: Commemorating the victory over Fascism (Reconstruction of historical battles from the WWII)
July:
W Starý Tekov: Historical fights over Hron
August:
C Banská Bystrica: Celebrations of the anniversary of the Slovak National Uprising