THE POLITICAL party of well-known businessman Boris Kollár, to be called Sme rodina (We Are A Family), is to be set up by renaming the already registered party Náš kraj (Our Land) from eastern Slovakia, which he has allegedly bought. 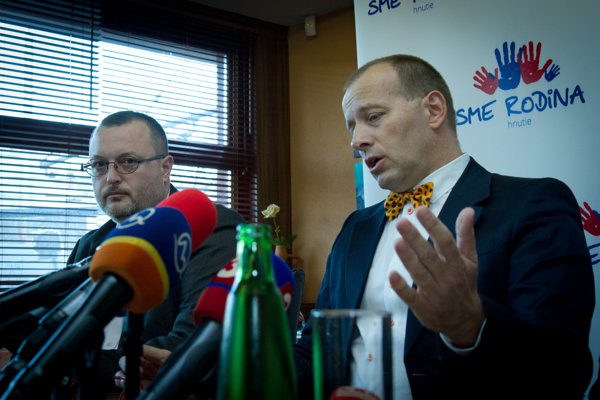 By doing this, Kollár will avoid the obligation to collect the minimum of 10,000 signatures needed for registering a new party, the TASR newswire wrote. The Interior Ministry received the application for the change of name on Tuesday, November 10.

On November 10, the party had a congress at which Kollár was elected chairman. The new name of the party reflects the philosophy that the family is the basic cell of society, Kollár stated. Soon, he will reveal the party's agenda. He thinks his party has a chance to make it to parliament, but refused to predict a more precise result.

“I want to protect my family and also your families from danger from within and without,” Kollár said in a video that he posted on Facebook.” Life probably wouldn’t be pleasant if only my family was safe but there was desolation everywhere else.”

The businessman has been highly publicised especially in the tabloid media as a multiple father – he has had nine children with eight women – and he has also been mocked on social networks for his aversion towards migration, alleged foreign cultures and especially polygamy.

For 15 years already, he has owned the Fun Radio station, but he rejects suggestions that he would abuse it for political promotion and propaganda. However, the radio will continue broadcasting political news. Kollár did not want to comment on resources for the election campaign but stated that they will not exceed the limit set by law. He added, as quoted by the SITA newswire, that he does not want to spend "silly" money on billboards.

However, the blog Omediach.com of the Denník N daily commented that Fun Radio and the related news website Infosprávy.sk already publish information about Kollár, without any disclaimer that he is their owner which defies not only ethics but also the impartiality of news required by the Slovak law on broadcast and re-transmission.