Popularity of Smer and SNS up, Polis poll shows

Voter preferences for Smer, Sieť and SNS are on the rise. 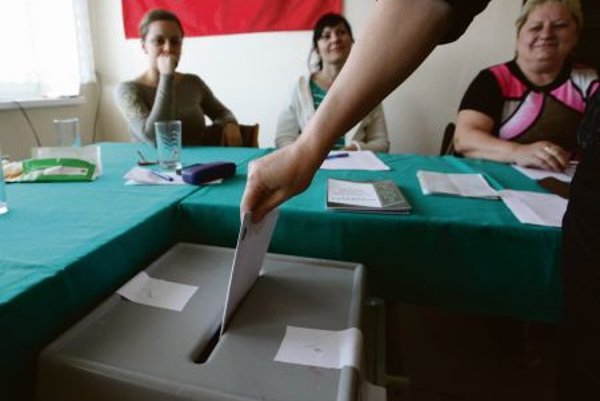 THE RULING Smer party remains the favourite for the next parliamentary elections when as many as 40.1 percent of the respondents in a recent poll by the Polis polling agency would have chosen the party of Robert Fico if the elections took place in mid-November. This is 1.6 percentage points more than in October, the SITA newswire reported.

The non-parliamentary Sieť party of Radoslav Prochazka placed second with 12.6 percent, followed by the Slovak National Party (SNS) supported by 8.5 percent. The popularity of both parties increased too, by 0.2 points and 0.5 points over the month, respectively.

Most-Híd would end with 7.8 percent of the vote and the Christian Democrats (KDH) with 7.7 percent. The Party of Hungarian Community (SMK) with 5.3 percent would make it to parliament too. Thus Smer would hold 78 seats in the 150-seat parliament, Sieť would have 25 seats, SNS 16 seats and and Most-Híd and KDH 14 seats each. SMK would have 10 seats.

Other parties, including the coalition of NOVA and OĽaNO with 6.6 percent and SaS with 4 percent, the Slovak Democratic and Christian Union (SDKÚ) with 2.8 percent or Skok with 1.2 percent would not pass the threshold.