The Trend weekly connects top Smer politicians to an international carousel fraud scheme, while Kaliňák promises to sue for libel. 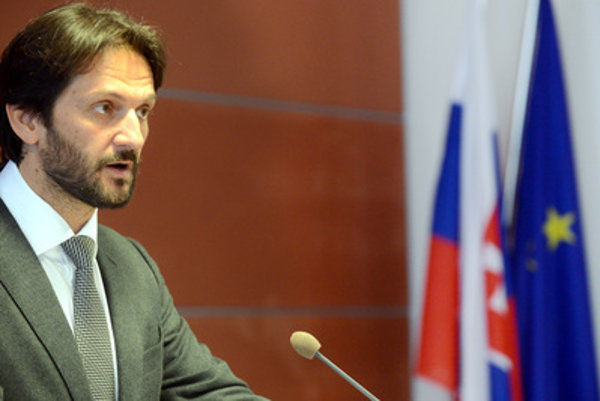 SHORTLY before the elections two ministers and top politicians of the ruling Smer party face allegations of involvement in an international VAT fraud scheme from 2007-2011.

The fraud committed by the group of businesspeople cost the state at least €75 million. The main organiser of the so-called carousel model, lawyer Milan Chovanec, was charged for the crime that the police uncovered in 2012 and who admitted committing the fraud in November 2013.

In carousel fraud, the fraudster charges VAT on goods in a multi-jurisdictional transaction without paying the tax owed to the state. Such schemes often involve transactions of agricultural products, like grain, sugar and sunflower oil, as well as mobile phones.

The Sme daily noted that journalist Tom Nicholson wrote about the VAT fraud scheme back in 2014 on his blog. There were at least 40 people charged in the case, while other dozens are suspected of participation. Chovanec made the accusations of “high-ranking Smer representatives” during police hearings in January and February 2014, according to Nicholson.

More than 100 Slovak, Czech, Polish, Latvian, Hungarian, but also Irish and American companies were making fictitious transactions, mainly with bricks, platinum, or investment gold. At the centre of the scheme was the Tatra Trade Corporation (TTC) company.

The Trend weekly reported January 27, 2016 that it had a document in its possession “resembling an investigation file”. The file, which Trend “cannot vouch to be 100-percent true”, contains a record of interviews with Chovanec in which he mentions the current Interior Minister Robert Kaliňák and Transport Minister Ján Počiatek as involved in the fraud.  The two men, who served as ministers also in 2006-2010 government, were allegedly helping to cover up the fraud.

The document records a Chovanec’s detailed account of how the carousel scheme worked.

Trend also reports to have documents resembling two reports of the intelligence service SIS, on corruption in tax administration in 2007-2010.

Počiatek in reaction for Trend said that he has never been involved or contacted to handle anything for the benefit of the companies mentioned in the scheme. Also Kaliňák denied the information in the file.

The day after Trend broke the story, on January 28, the Interior Ministry sent a statement to journalists entitled “Trend weekly: The bog of VAT mafia”. In the statement, the ministry accuses Trend of protecting the VAT mafia with its article, which the ministry writes is “based on fiction without any real basis” and which only cites a man accused of VAT fraud. The ministry believes Trend has entered the election campaign in an attempt to harm Kaliňák.

According to the ministry, the police started dealing with the TTC case in 2009 and launched the prosecution of Chovanec in May 2012, when Kaliňák was interior minister. There are 50 people accused in the case, with 15 different investigation files.

The interior minister has nothing in common with the TTC and its case, has never met these people and has never been in any contact with them whatsoever, the ministry said. Kaliňák has never sued any media for libel, but he is now ready to make an exception and pledges not only to file a libel lawsuit against the publisher of Trend, but also criminal complaints for perjury against concrete persons, the statement reads.

Trend is published by News and Media Holding owned by Penta financial group, which also has a 45-percent share in Petit Press, the co-owner of The Slovak Spectator.