Voters have ceased to believe that who they voted for in past elections really mattered. People in Austria are united on this, and so are the voters in Slovakia that backed incoherent fringe parties in the March elections. 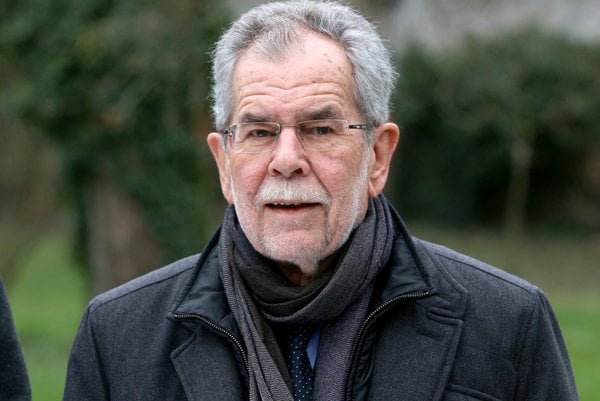 PEOPLE are drawing almost entirely the wrong conclusion from the Austrian presidential election. According to the standard reading of the results, the worst has been averted but ex-Green Party chief Alexander Van der Bellen’s narrow defeat of the right wing Freedom Party’s Norbert Hofer in the runoff still shows how divided society is. But that is not true at all, Austrian voters are remarkably united. They are entirely opposed to the way politics have been conducted in recent decades.

The traditional Austrian political powers, the social and Christian democrats, were non-factors in the election. In the election’s first round 88 percent voted against those parties. There are perfectly understandable explanations for this – ones with parallels in the United States, Germany, Slovakia and elsewhere.

That these results unfolded in Austria is fitting, but not because of the country’s Nazi past. Austria long ago adopted the consensus driven politics that much of the West picked up in the 1990s. In such arrangements, elections are of minor concern because all of the big decisions have been made already.

Grand coalitions of the establishment right and left are common and the difference between electing a social or a Christian democrat is negligible. With questions about what kind of country people want to live in supposedly decided all that is left is to maintain budgets, tweak tax rates, show up to international meetings, avoid committing crimes, wear a tie, be polite in public and fix the sidewalks.

Politics cease to exist in any meaningful sense and are replaced with management. At the same time “politician” becomes a lifelong profession of its own, not a job somebody does for a few years. The resulting feeling is that government is synonymous with some hard to define elite. The specifics vary by country, but it is a pattern that has repeated across much of the West in recent decades (and one that has been going on in Austria for longer). It is also the same pattern that drives hostility towards the European Union.

This supposed consensus has evolved as leading political parties converged from both the left and right. On the one hand parties on the political left have become market-friendly – think Tony Blair, Bill Clinton and Gerhard Schroeder. Hillary Clinton, a Democrat, is now running for president of the United States on a platform that would have made her a Republican 20 years ago. On the other side, parties traditionally on the right have become more socially liberal – think Angela Merkel or David Cameron.

In this construction, both globalisation and gay marriage are good things. They may well be, but what offends voters is the feeling that they are inevitable and permanent. It is not so much centrist political ideas that are being rejected, but the idea that everything has already been decided. Anger about this is not populism, but an expression of the expectation that politics should actually be political. An individual voter may well oppose gay marriage, but is moved to anger and alienation when they feel caught in a pattern that systematically disregards their views.

Francis Fukayama’s “end of history” thesis – which argued that liberal democracy and free markets were the ultimate form for organising humanity and inevitable after the collapse of communism in 1989 – has drawn criticism in recent years, but for the most part the political class in Europe and North America acted and continue to act as if he was correct. The big questions were answered, all that was left was to get on with implementing the obvious.

But a few decades on, the public is not so sure of this. In country after country voters have ceased to believe that who they voted for in past elections really mattered. People in Austria are united – not divided – on this, and so are the large numbers of voters in Slovakia that backed incoherent fringe parties in the March elections.