The national football team posed with a live rooster for the special supplement of the Sme daily prior to the Euro 2016 championship in France.

First it left them startled and perhaps slightly afraid, but in the end they had a lot of fun. The Slovak national football team knew they were ready for a special photo-shoot for the Sme daily to mark the European Championship, taking place at the moment in France. Yet they had no idea that they weren’t going to be alone in front of the camera. 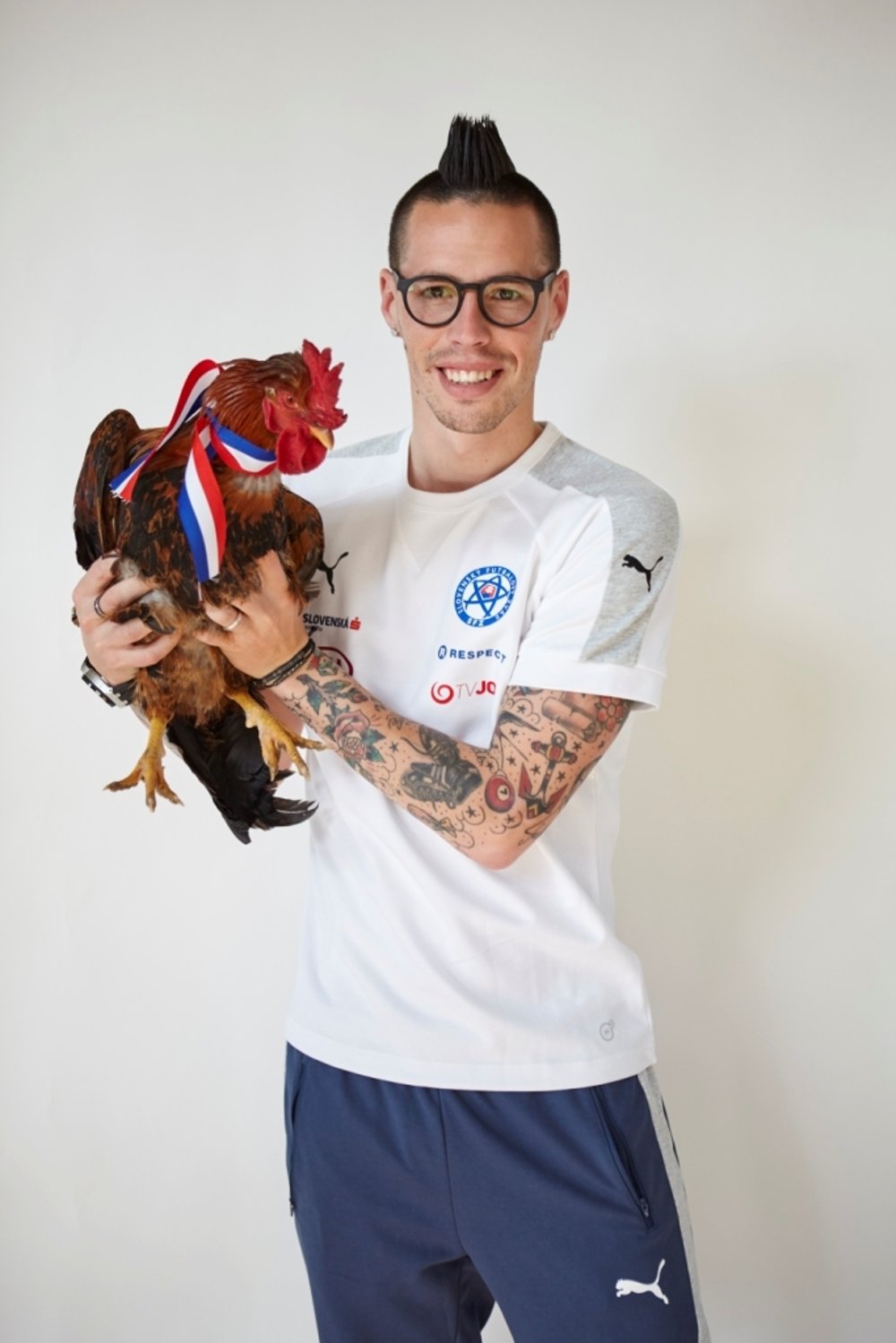 A rooster on the head, a rooster in the hands. (Source: Alexandra Rymšinová) 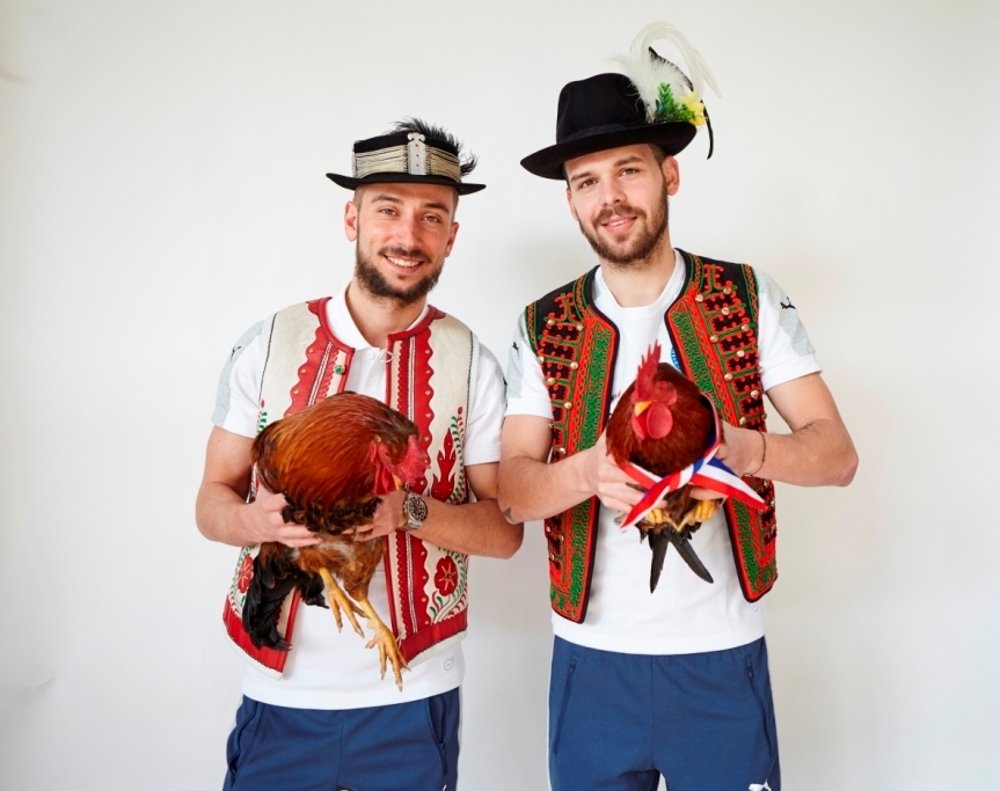 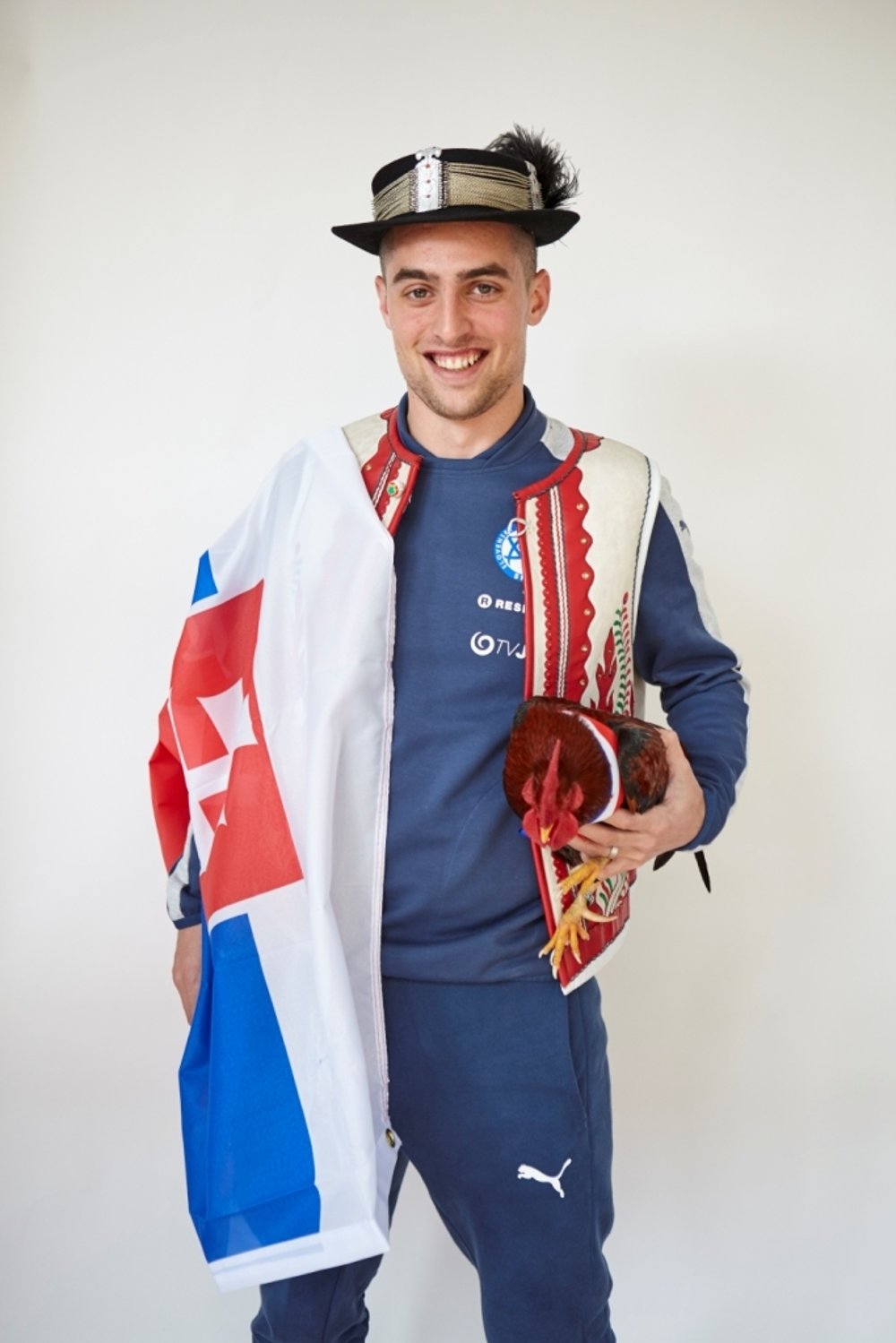 Róbert Mak posed with the rooster and the Slovak flag. (Source: Alexandra Rymšinová)

Each of the players was asked to hold a live rooster to pose for the pictures. And many of them were left surprised. They hesitated a little, thinking that perhaps they were victims of a practical joke.

“It’s not a live rooster, is it?” goalkeeper Ján Novota asked cautiously. A few seconds later, however, all worries were gone and the footballers started having fun.

“I want a rooster,” midfielder Róbert Mak said enthusiastically when he got to choose to pose either with the bird or with a valaška, a traditional Slovak shepherd’s axe.

Other players followed suit, although some admitting they were very careful at first.

“No, I’d rather not take the rooster,” Stanislav Šesták said at first, but after a while he changed his mind. 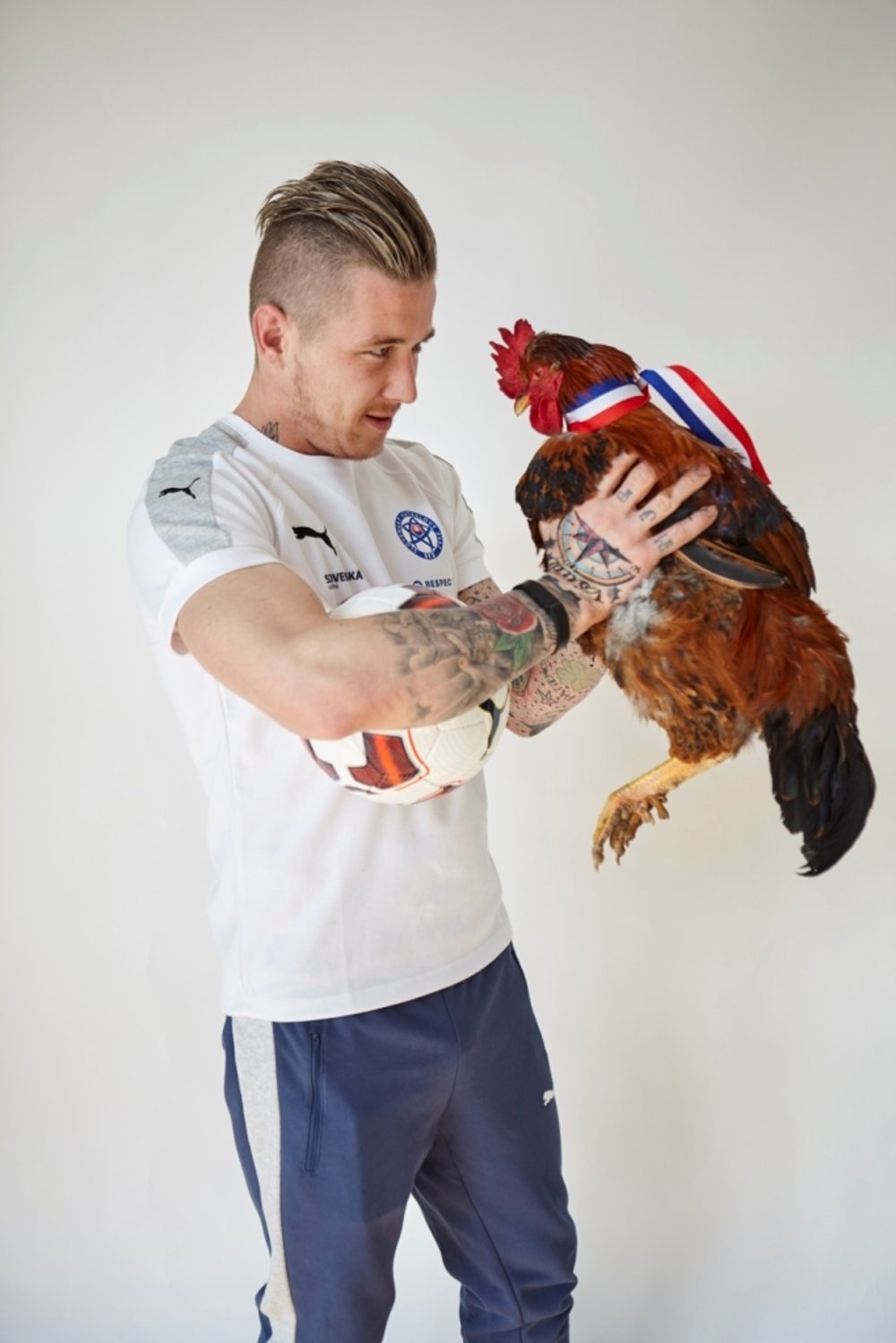 Juraj Kucka had no problems with the bird. "A rooster? Give it to me!" (Source: Alexandra Rymšinová) 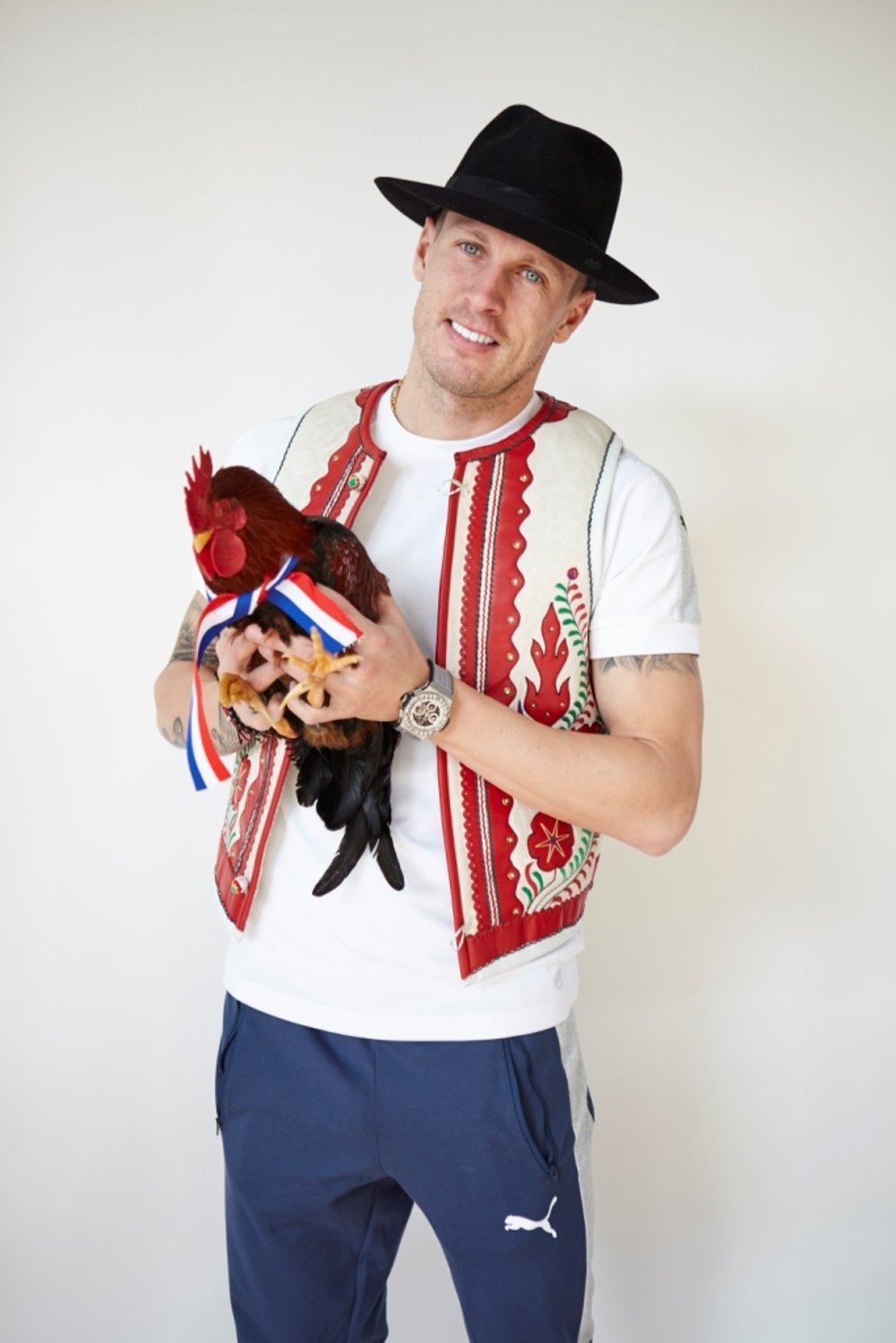 Ján Ďurica had no problems with the rooster. "What brand is it?" he asked. (Source: Alexandra Rymšinová)

One of the few players who refused to hold the rooster was the captain of the national team, Martin Škrtel. 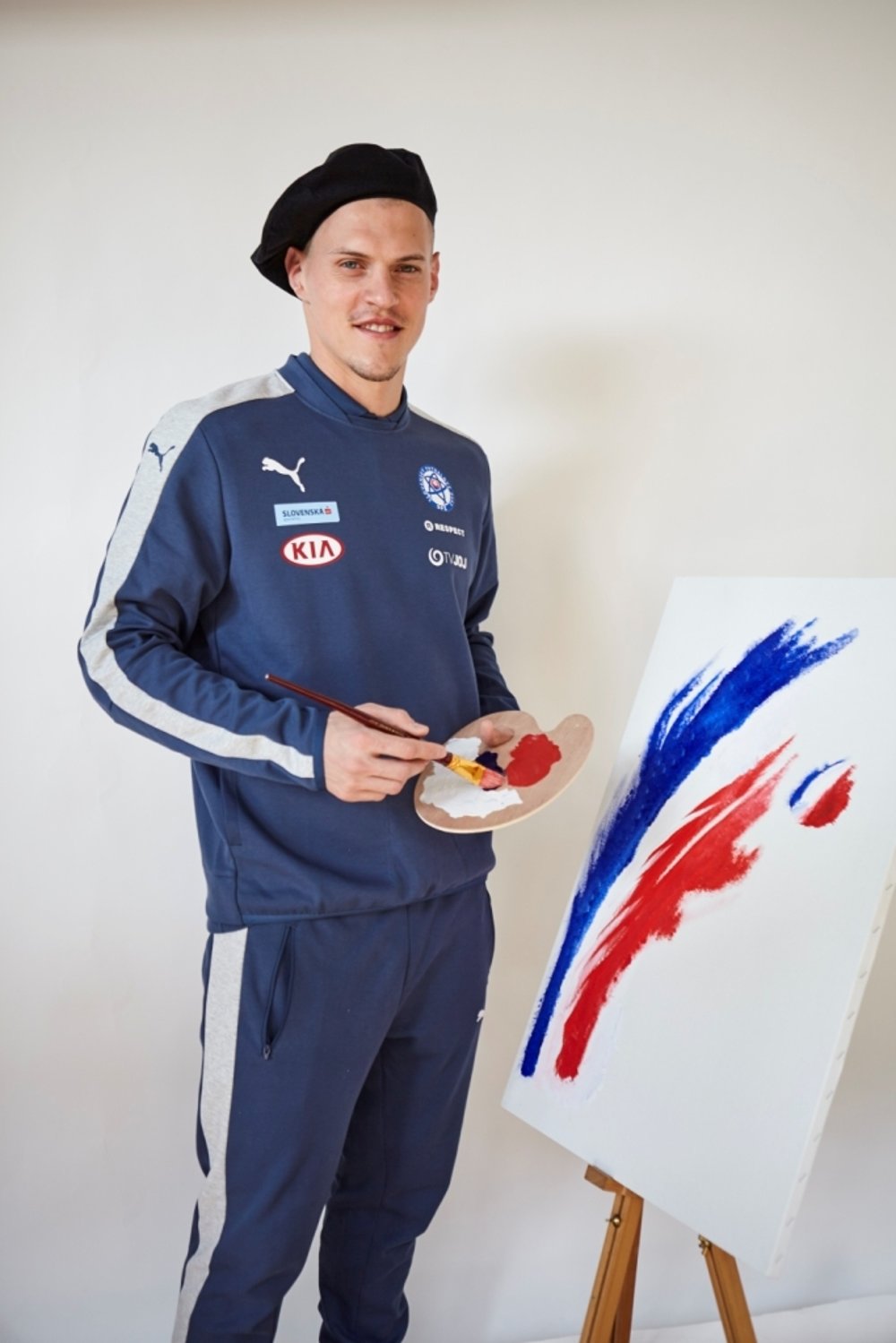 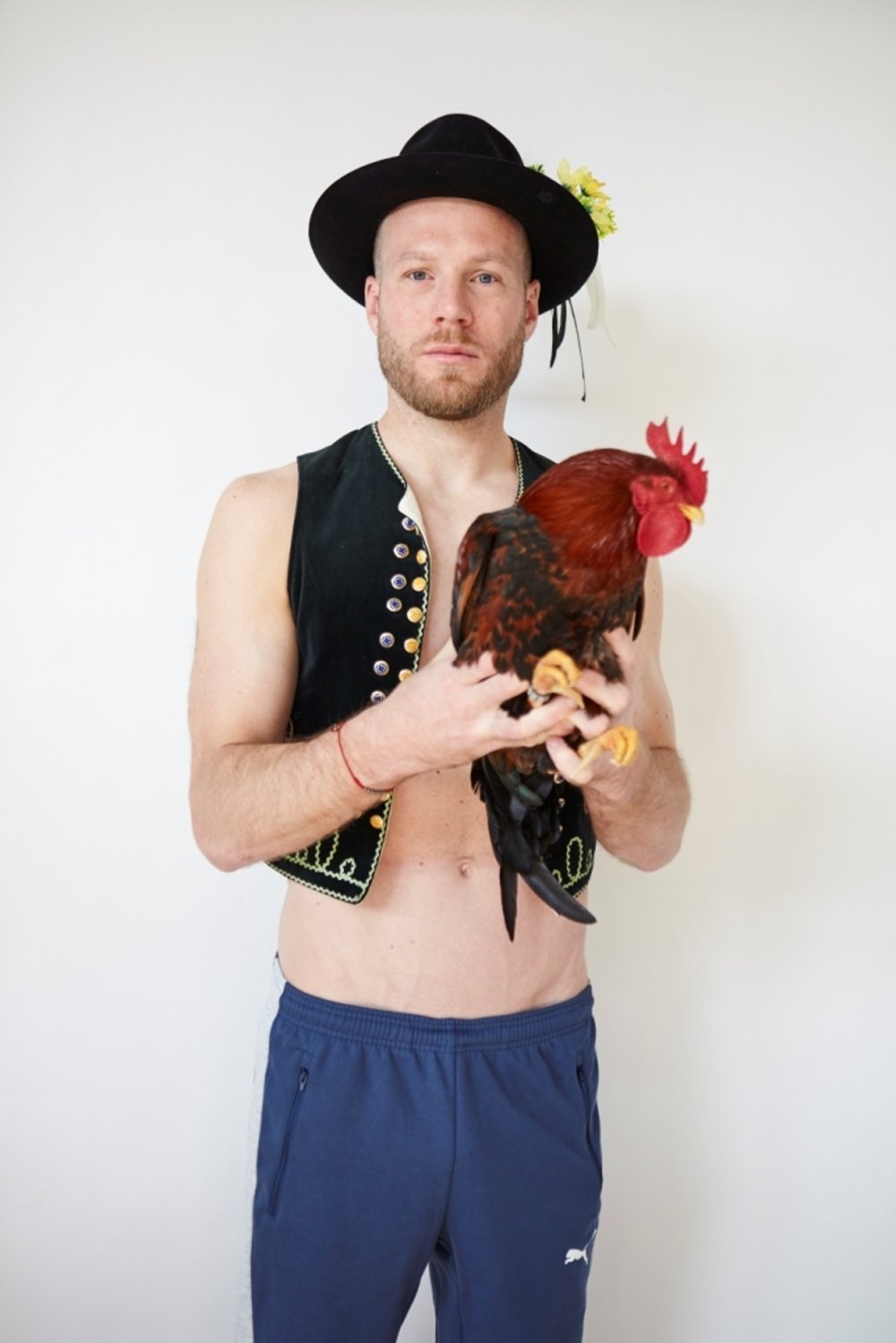 Adam Nemec said he did not need a shirt for the picture. (Source: Alexandra Rymšinová)

“Does it bite?” asked the star of the team Marek Hamšík.

The coach of the national team Ján Kozák had no problems taking pictures with the bird.

“I’ve had to deal with many roosters before,” he joked. Even at the photoshoot he proved he was the head of the team, ordering the players how to pose. 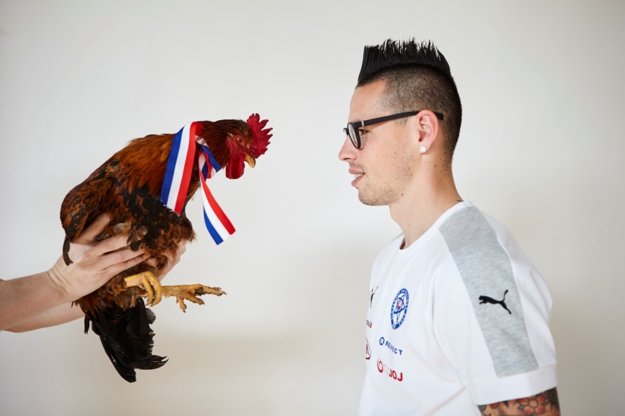 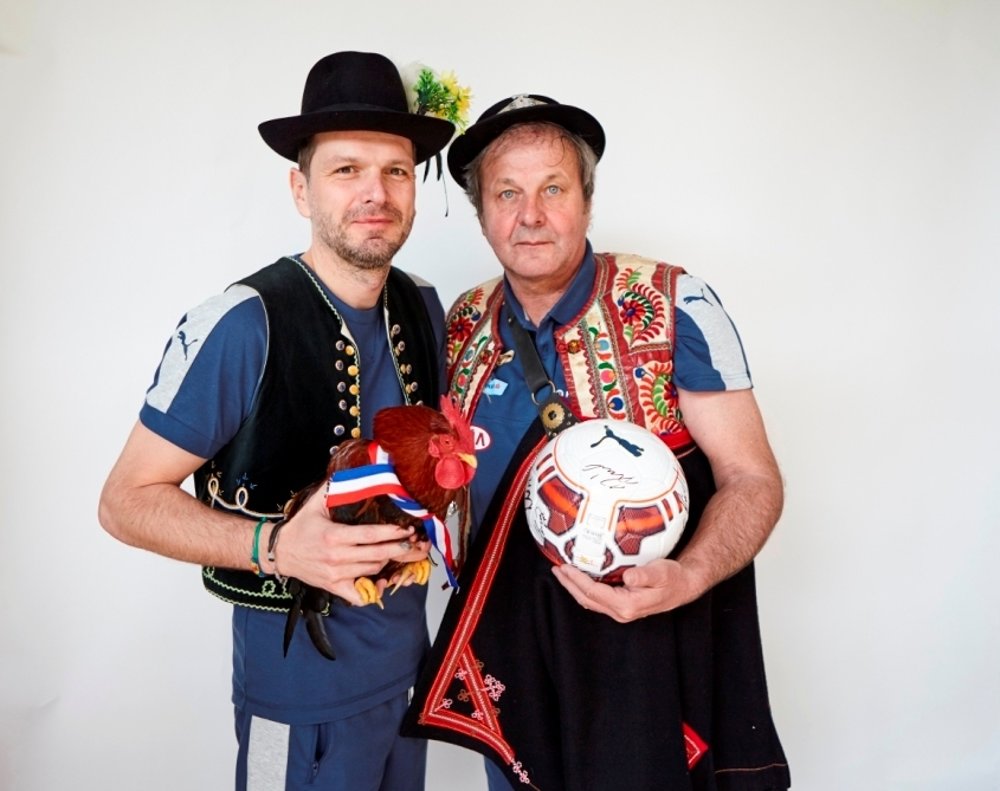 “Štefan, come on, just one of me and you together. You get the ball, I get the bird. One day we will remember this, it’s not that we make it to the European Championship every time,” Kozak said.

The rooster was lucky to have been chosen for the photo-shoot.

“He was about to make a nice stock, but now that he’s so famous I have to spare him,” said the owner.

The famous rooster comes from the Corporex Farm in Hrubá Borša. The Sme daily now uses him to ‘predict’ the results of Slovakia’s matches at the Euro 2016.