In mid-September, Bratislava turns into a fortress

The upcoming international events connected with the country’s presidency of the EU Council will turn the Slovak capital into an impregnable fortress with vast security and road traffic limitations. 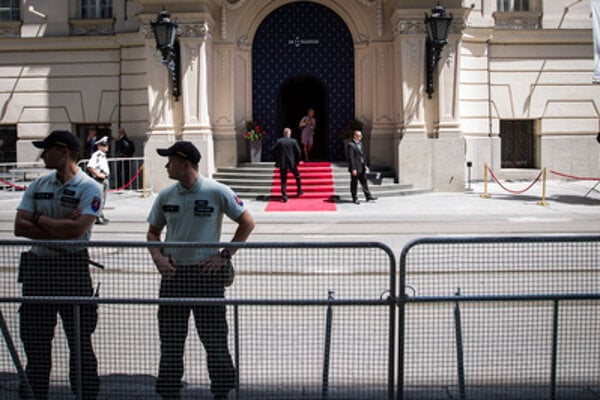 On September 16, Bratislava will host 27 European presidents and prime ministers who will talk about the future of the EU. Several roads, including a part of the inner highway bypass will be closed temporarily, the Sme daily wrote. Security equipment and a number of police and soldiers will be deployed. Headmasters were even asked by the Interior Ministry to close schools for that day.

On the morning of Friday, September 16, the D1 – the highway bypass of Bratislava will be closed, from Zlaté piesky to the SNP Bridge. Also transport from the M.R. Štefánik airport will be limited. The bridge will also be closed in the direction from Petržalka all the way through Staromestská Street, Hodžovo Square, and Palisády Street in both lanes, up to Bratislava Castle.

Drivers are recommended to avoid downtown Bratislava on that day. However, city transport will also be excluded from the closed streets and squares.

In addition, the barricaded space in Hviezdoslavovo Square around the Reduta building – where the leaders will meet – will be expanded.

In the afternoon, the leaders will take a cruise on the Danube river, and so between 13:00 and 14:00, Palisády will be closed totally. Later, all the city’s bridges will be fully closed for about 15 minutes, including for pedestrians. From 15:30 till 16:30, the road from the Danubiana gallery and the Gabčíkovo water-works, through Čunovo, Panónska road to the SNP bridge will be closed in the direction of Bratislava, while Staromestská, Hodžovo Square and Palisády all the way up to Bratislava Castle will closed in both directions.

The Danube will also be closed to boats and shipping, between 12:00 and 17:00; due to the cruise with EU delegations, Sme quoted the Interior Ministry.

These limitations stem from the Slovakia’s presidency of the Council of the European Union that started July 1 and will end December 31.