Youngsters could do well in business

More and more young people seem to be willing to try their luck – and skills – as employers or at the least, self-employed. 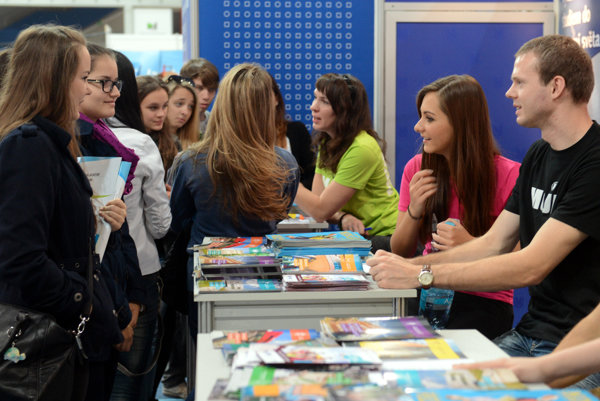 Under socialism, being an employee was practically the only career option for young Slovaks as the private sector was virtually non-existent. One generation later, more and more young people seem to be willing to try their luck – and skills – as employers or at the least, self-employed.

Slovaks in general are very self-confident, with 54.4 percent of adults believing they have the skills required to start up and run a business – the second highest in Europe according to the Global Entrepreneurship Monitor (GEM) report for Slovakia, with recent data from 2014. The number is only slightly lower among young entrepreneurs aged 18-24, at 47.9 percent.

Based on the report, almost half of Slovak youth aged 18-24 considered their own business as a suitable career option for themselves and many seem to be pursuing it. According to this report, authored by the Comenius University’s school of management, in 2014 Slovakia led the European ranking based on the inclusiveness of entrepreneurship of young people (the relation between the number of young entrepreneurs and entrepreneurs in general).

“Young people are interested in having their own business,” Ján Solík of the Association of Young Entrepreneurs of Slovakia (ZMPS) told The Slovak Spectator. The main motivation is more freedom and self-fulfillment.

Such is the case of the young team of entrepreneurs from Košice who developed an unusual product: the chewing-gum slimming aide.

In April 2016 their project, company Glory founded as part of the non-governmental Junior Achievment (JA) programme, competed against 100 teams participating at the international fair in Riga, Latvia and won. Their company is planning to start producing and marketing the chewing gum soon, said the JA Slovensko PR manager Ľubomíra Schlosserová.

Another successful JA company is that of Milan Troška from Dubnica nad Váhom who founded the Centre of Safe Driving, the only training centre for drivers in Slovakia. 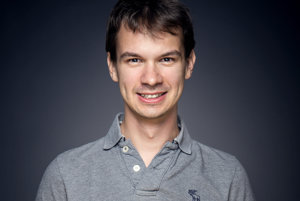 Read also:Meško: There is nothing I would do completely differently Read more

The areas where young Slovaks seek their business opportunities also include more probable ones, mainly IT, services, or trade, Solík listed.

“These are sectors where initially it is enough to invest one’s free time, as they are not that demanding of financial capital,” said Solík and added that financially there is a big difference between starting an IT company and a production plant.

Secondary school students who participate in the JA Slovensko training programmes run businesses in various areas, according to Schlosserová. Many are skilled with IT, develop new mobile applications or apply their digital skills for their marketing activities, she noted.

Others develop products and services for the automotive industry with the help of expert advisors from that sector. Making products from recycled materials are also popular choices, according to Schlosserová.

Having a stable income as an employee or fear of running risks is the main reason why Slovak youngsters opt not to go into business for themselves but there is another concern, the second most-cited and specific to Slovakia, says Solík.

“The low quality of the business environment and frequent changes in legislation discourage young people,” he explained and noted that in 2015, one of the 10 key laws influencing entrepreneurs changed, on average, every 10 days.

The frequency of changes in business-related legislation is one of the three main obstacles to doing business for young people in Slovakia, based on the survey conducted by ZMPS in the second half of 2015 on a sample of 1,145 respondents. The burden of income and payroll taxes is the main obstacle, followed by red tape.

The administrative burden, that large and well-established businesses also regularly cite among the most negative aspects of the Slovak business environment, is even more of a problem for young entrepreneurs who at the start of their business cannot afford to pay an employee to deal with the bureaucratic tasks or to outsource.

JA Slovensko is an NGO that provides training programmes for students, potential young entrepreneurs. Most of the programmes are based on the philosophy, learning by doing, which allows them to gain some skills and knowledge essential for business people directly through practice, according to Schlosserová.

She highlighted the role of consultants from business who can explain to the aspiring young entrepreneurs what the main challenges of business are or provide feedback based on their own experiences.

“Students who start their own student business often have no idea what it takes to run a company,” Schlosserová said.

It is particularly useful if well-established business people share their negative experiences with their younger, inexperienced counterparts, which helps “to prevent the mistakes that could cause their future business to go bust”.

For the young entrepreneurs already in business there is also the ZMPS which creates a platform that young entrepreneurs can turn to if they want to share their experiences, gain contacts, or even learn how to make their companies grow faster and easier to expand to foreign markets.

As people get older their motivation to start their own business tends to change. Older people are more likely to consider having their own company as a way to find their place in the labour market, perhaps after they haven’t been able to find a job that would suit them. With younger people, positive motivation prevails, Solík noted.

The self-confidence of Slovaks shown by the statistics, or their characteristic that could be classified as business-friendly however, does not suffice. Entrepreneurial skills need to be cultivated as they are key for young people to successfully go from the world of education to the world of business, according to Schlosserová.

“Today we need to prepare a new generation of innovators and people able to solve problems in every area,” Schlosserová said.