Lipšic gives up his mandate

By the end of the month the opposition MP will no longer sit in the Slovak parliament. His resignation comes after he was involved in a tragic road accident. 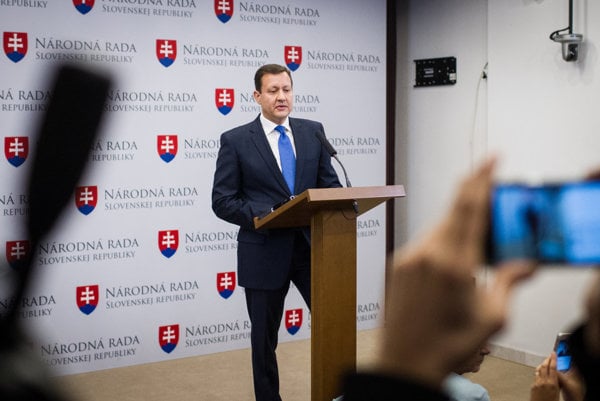 His decision came on the heels of a tragic accident that he caused on Monday night. An elderly man who was walking across the street died in the hospital after Lipšic hit him with his Skoda Superb.

“I would not be able to do my job fully anymore,” Lipšic told the September 22 press briefing where he announced that he was giving up his mandate by the end of the month.

Lipšic hit a 72-year-old pedestrian in the evening hours of September 19 in Bratislava. The old man was transported to the hospital in critical condition and later succumbed to his injuries.

Lipšic expressed his regret and offered help to the man's family. He confirmed that he was driving the car, saying he was not driving fast. He noticed the man shortly before the incident.

The MP later described the accident saying it was 8 pm and he was on his way home, driving around 50 km per hour. 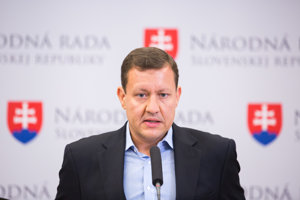 “The man was wearing dark clothes, I only spotted him in the last moment and was unable to prevent the crash,” Lipšic told journalists one day after the accident. He said he stopped, called the ambulance, and tried to perform first aid.

The police are still investigating the accident. The already known results of the investigation do not suggest why Lipšic struck the pedestrian who was crossing the road close to the zebra crossing. A test carried out at the place of the accident proved Lipšic was not drunk when driving. He also says he was not using his mobile phone.

“The exact causes and circumstances of the road accident are currently the subject of investigation,” police spokesperson Lucia Mihalíková told the SITA newswire and informed that the police have launched a criminal prosecution for an unintentional killing.

The punishment for a driver who kills another person in a road accident due to negligence could be up to three years in prison, based on the Slovak law. The actual punishment, however, depends on the expert evaluation of the accident. Experts are to determine whether Lipšic was responsible for the accident.